Brexit has had a huge emotional impact and has affected the funding, mobility, and partnerships of UK cultural organisations. Charlotte Faucher has been investigating. 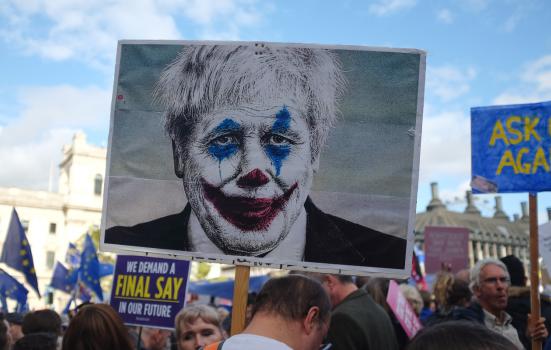 In the referendum in June 2016, the British public voted by a small majority to leave the EU. After years of discussion at EU level, the ‘Brexit transition period’ came to an end a year ago in December 2020. Since then, UK arts organisation have no longer been able to access a range of opportunities.

In interviews I conducted with some 30 UK arts managers between 2020 and early 2021, I heard countless stories about EU partners withdrawing from projects with UK arts organisations. One told me: “A new partner from France dropped out of project development due to uncertainty over Brexit.”

This administrator and many others I spoke to are working hard to regain the trust of prospective partners. Even long-standing associates have proved (over)cautious. In 2020, a heritage trust lost an Estonian partner, with whom it had undertaken student and lecturer exchanges for many years. It was Brexit uncertainty which deterred the Estonian organisation.

EU funding is no longer as easily accessible to UK arts organisations as before. UK administrators are largely excluded from Creative Europe that oversaw the Media and Culture programmes within the EU, and now can only participate as a ‘third country’.

In principle, this means the UK’s involvement must be paid via a core partner. In practice it means UK applicants are less attractive to partners than they previously were. As well as working out what their new legal status entails, UK applicants have to deal with the new regulations for the Creative Europe programme (2021-2027).

The lack of information and uncertainty has led some to seek information from their EU partners as the Creative Europe Desk UK closed in March 2021.

Brexit uncertainty has shaken the confidence of European partners and has disrupted long-standing funding schemes. It has also disordered the visa regime for both UK and EU artists for whom there is a great deal more paperwork and increased costs involved in touring or travelling abroad.

The sector and, in particular, lobby groups and unions such as the Musicians’ Union, have been proactive in their discussions with UK national agencies and the Government as well as with the EU and individual member states. Their efforts to raise public awareness about the sector’s need for flexibility regarding touring resulted in a debate being tabled in Parliament in December 2020.

In early August 2021, the Government made a small concession confirming that UK musicians and performers do not need visas or work permits for short-term tours in 19 EU countries. However, the sector continues to lobby for visa free travel in the EU as the best solution to maintaining strong cultural and economic partnerships with EU member states.

While the performing and music arts sector seems well organised, other sectors are less so, in part because they rely on precariously employed workforces. Casualised and freelance artists and creatives, as well as smaller organisations, who cannot spend the time and money on applications or legal advice, will be more likely to be excluded from international travel in the post-Brexit context.

Likewise, younger organisations and people who are at an early stage of their career are more likely to suffer; yet they are the ones who need more opportunities for community building to develop their networks.

Not just end of freedom of movement of people, but goods too

But the end of freedom of movement has not just been an issue for people. The transfer of artistic goods has also become more complicated. The museum sector for example is facing new administrative barriers to moving art and objects. There is a vast increase in the volume of customs declarations, and immediately after the end of the transition period, there were physical challenges too.

One interviewee commented in early 2021 that their institution would not commit to sending paintings abroad at that time because of queues to reach the port or the risk that the goods might spend days in a lorry park.

Amid the uncertainty, Arts InfoPoints UK has emerged as a beacon guiding British arts organisations in their international travels. Still in its pilot phase, it’s led by Wales Arts International supported by the Welsh Government and with the support of Creative Scotland, Arts Council England and Arts Council of Northern Ireland, as well as networks such as OnTheMove.

While practitioners keenly await the formal launch of Arts InfoPoints, they still have a pressing need for one-to-one advice and they think the UK Government is not providing enough clarity and support over travel, migration and visas.

Covid has acted as a smokescreen

During this transition period, Covid has acted as a smokescreen, concealing urgent and crucial Brexit-related discussions. At a time when cultural institutions face redundancies and permanent closures owing to the pandemic, most of the people I interviewed felt the focus of the Government in terms of providing guidelines and support shifted from Brexit to Covid. The pandemic demanded an immediate response whereas Brexit and the uncertainty of the negotiations was deemed less urgent.

There is a consensus among arts practitioners and administrators that they “have to work much harder to be seen to be open to international networks”, as one interviewee remarked. And yet, the willingness to continue cooperating with partners in the EU remains strong.

But the reservoir of affiliations with EU member states may well run dry in the future as an emerging generation of administrators and practitioners, without experience of partnerships, take up the reins. They will not have benefitted from EU-funded schemes and will not have had the opportunities as their predecessors did to develop collaborative networks with their EU counterparts.

Dr Charlotte Faucher is a British Academy postdoctoral fellow at University of Manchester.

Research by Dr Faucher: Arts after Brexit and The UK Arts Sector After Brexit