Lord Jay of Ewelme said the Government had failed to address concerns “that applying the current visa system to EU nationals would make it harder to bring talent to the UK”. 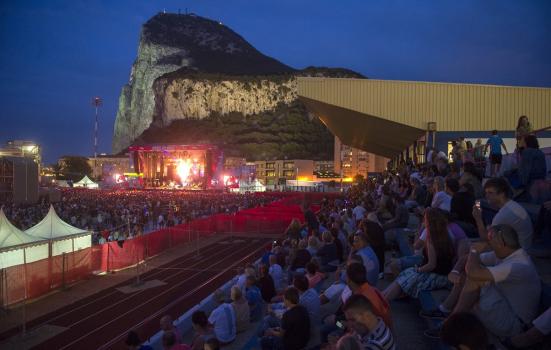 Peers from across the political spectrum have criticised the Government for failing to respond to recommendations designed to ensure freedom of movement for cultural workers after Brexit.

In a House of Lords debate last week, Crossbench peer Lord Jay of Ewelme said the Government had ignored two key recommendations made in a report published last July by the Lords European Union (EU) Committee, on which Jay sits.

The first of these was “that the Government should seek an EU-wide, multi-entry, short-term touring visa for UK citizens and offer a reciprocal commitment for EU citizens”.

The other was to “ensure that EU citizens travelling on short-term contracts to the UK after the transition period will not have to pay into our social security system” and that “reciprocal arrangements with the EU” should be sought.

Commenting on the Government White Paper on immigration published at the end of last year, Jay said “the committee examined it carefully for proposals that reflected the recommendations made in our report. Alas, we found none.”

He said that it was “disappointing that the Government’s response to the report lacked, or seemed to lack, genuine consideration of our recommendations” and that it had failed to address concerns “that applying the current visa system to EU nationals would make it harder to bring talent to the UK”.

Stressing the urgent need to address immigration from EU countries, he added: “British culture is also European and depends for its vibrancy on the free movement of people across our borders.”

Other Lords echoed his concerns. Labour peer Baron Whitty said of the arts and creative industries: “This is a vital section of the British economy which will be absolutely stymied if we apply the rules which some people are advocating and which already exist for these groups of workers from the rest of the world, or if the EU apply them to us.”

He called on the Government to “reply in more detail” to the committee’s report. Whitty added that for “the future prosperity of these sectors” migration should be “treated as an economic issue, and sensible and rational decisions should be taken on the future reciprocal migration arrangements with Europe”.

In her contribution to the debate, Liberal Democrat Baroness Pinnock said that the “significance of the involvement of EU 27 citizens in the UK cultural sector cannot be dismissed as simply a numbers issue, whereby encouraging and training more UK residents in these areas will solve the problem”.

Nor, she said, was it something that should be seen “solely in monetary terms” – despite the fact that the “the GVA [gross value added] of the sector was £29 billion in 2017”.

The Yorkshire-based peer also added that the “regions of our country that are more remote from London rely more heavily for a varied cultural experience on projects that have financial support from the EU”.

She cited the example of the annual Huddersfield Contemporary Music Festival, of which she is a trustee. She said the festival “absolutely depends on being able to attract musicians from across Europe”.

The Earl of Kinnoull, a crossbench peer, addressed the issue of the £30,000 salary threshold set for EU migrants post-Brexit.

Referencing his knowledge of the cultural sector in Perth and Kinross, where he is “on the board of a performing arts trust and chairman of a visual arts trust”, he said that the EU workers he was aware of “are often in utterly critical and very highly skilled jobs” and that “none is paid £30,000 a year”.

Lord Russell of Liverpool, also a crossbench peer, reiterated the point about low pay in the arts and the potential impact of the £30,000 threshold.

Citing the London Contemporary Dance School, he stated: “More than a third of its casual and freelance staff are EU nationals whose individual incomes rarely go anywhere near £30,000.”

The Conservative peer Lord Black of Brentwood, who is chair of the Royal College of Music, added that the Government’s plans would be particularly harmful to the UK’s music industry.

He said: “If we undermine the music industry as a result of Brexit and an end to free movement, we imperil the whole of the UK’s creative economy…

“Music is not just an international calling card, which we will need in abundance if we are to make any sort of future outside the EU; it also brings us millions of overseas visitors.”

Responding to the debate, DCMS Parliamentary Under-Secretary of State Lord Ashton of Hyde said that the DCMS “is committed to ensuring that our future mobility framework encourages our cultural industries to continue to thrive”.

He added that “when we discuss this with the Home Office, we will make a strong case that culture and the movement of cultural workers has an importance beyond simply the economic numbers”.

On the contentious £30,000 minimum salary threshold for skilled workers, he said that “the Government realise that this has caused concerns, including among the cultural sector. We are currently engaging on where the future salary levels should be set.”

Recent press reports have suggested that Home Secretary Sajid David is preparing to drop the threshold.

Lord Ashton concluded: “[W]e realise that there are issues with the cultural sector. We at DCMS think that it is an important sector, not only economically but for the health of this country and what makes it worth living in. We will take the White Paper consultation seriously and ensure that the cultural sector’s views are well understood by the Home Office.”