Tax relief and the funding equation

Sean Egan believes the new Theatre Tax Relief signals a shift away from government support for the subsidised sector in favour of the commercial sector, and will cement a London-centric focus. 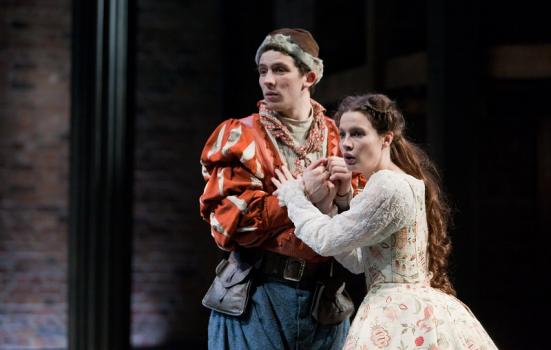 The RSC's 'The Shoemaker's Holiday'
Photo:

Many companies in the performing arts are now learning to live with and appreciate the benefits of Theatre Tax Relief, which was introduced on 1 September 2014. Many commercial productions have put in claims and have received payments; subsidised arts companies (most having year ends of 31 March) will be putting in claims over the summer. It is worth standing back and looking at how this measure fits into government arts policy.

The Chancellor, Rt Hon George Osborne MP, has taken the lead in making the relief law, and in double-quick time. In his ‘Northern Powerhouse’ speech in June 2014, he made the rationale for the relief explicit: “I am introducing a new theatre tax credit this September and it’s designed to particularly help theatres outside the capital.” (My emphasis.)

Darren Henley’s first major announcement as Arts Council England Chief Executive was to announce a shift in the ratio of its Lottery revenue in favour of the regions – clearly meant to address criticisms that London receives too much of ACE’s funding. The report ‘Rebuilding our Cultural Capital’ paints a clear picture of how not just ACE but also DCMS funding favours London. In the years to come this will only become more accentuated as the Government continues to cut grant funding for the arts. It is also clear that as local authority funding shrinks, arts funding by councils will shrink by a disproportionally large degree as it is not a statutory requirement. We are already seeing numerous announcements by local authorities of substantial and, in some cases, 100% cuts to arts funding.

The nature of the theatre tax relief is that it focuses is on encouraging investment – enabling investors to have a better deal and encouraging producers to put on more shows because there are more investors. It is good news that HRMC are approaching the relief in a practical and helpful manner so that subsidised companies can benefit from the relief too. However, it is clear that, in terms of value, the vast majority of the claims made will be by London-based companies. This will be a combination of commercial producers (who are mostly based in London) who present shows in London and outside London, and subsidised companies who likewise present work throughout the UK. It is also clear to me that the majority of the claims paid will go to the commercial sector as those shows have larger budgets, whether they are London performances or not. So this measure seems to signal a significant shift away from supporting the subsidised sector in favour of the commercial sector. That is a matter for government policy. However it is unclear to me how this measure can be said to particularly help theatres outside the capital. Receiving theatres are not entitled to make claims for the relief, so the benefits outside London will be for producing theatres and companies based outside London – the majority of which are within the subsidised sector. I appreciate that touring productions attract a relief of 25% as opposed to 20% for non-touring productions but in practice this will not mean there is a weighting in favour of organisations based outside London.

So that we can all understand the effects of the relief, I urge the DCMS to provide a breakdown in value of the sums paid to London-based companies and those outside London, together with an analysis of the how these sums relate to performances inside and outside London. The latter calculation will, I appreciate, be approximate, but can be done on the figures provided to HMRC as part of any claim. Figures can be published on a nationwide basis without identifying individual companies and without offending Data Protection laws. I feel it is also important for payments to be broken down between the subsidised and commercial sectors.

I would like to be proved wrong, but it seems to me that whilst we all welcome new support for the arts, whether through direct or indirect funding or otherwise, theatre tax relief will swing government support substantially against the arts in the regions and cement the current London-centric focus.

Sean Egan is a consultant lawyer advising on all aspects of the arts and, currently, particularly on Theatre Tax Relief.