At a time when fundraising for the arts seems mostly to be done by white females, Michelle Wright speaks to development professionals about how we can face this diversity crisis. 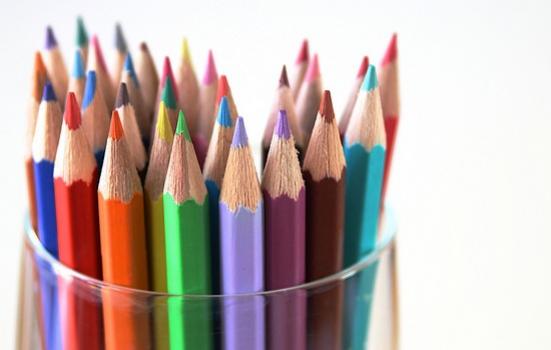 There is much in the news at the moment about diversity. Like the rest of the charitable sector, the arts is struggling to reflect the UK’s broader diversity, with Arts Council England (ACE) estimating that just 9% of permanent staff in its national portfolio organisations and major museums are from black, Asian or minority ethnic (BAME) backgrounds (against 14% in the 2011 Census). But it seems that in fundraising, attracting a diverse workforce might be even more challenging. I have had the great privilege of working alongside colleagues to develop the Arts Fundraising Fellowship Programme since 2013, attracting a new generation of entrepreneurial fundraising talent into the arts. Generously funded by ACE, we are now at the point of launching the programme nationally with 25 graduates this year, alongside ten Creative Fundraising Apprentices.

We are proud of what has been achieved, with graduates in the pilot year of the programme securing almost £1m in new income, and with our Fellows working across a terrific range of activities in their host organisations. However, to date, and despite having a diversity strategy in place, we have mostly attracted graduates that are female and white. That says as much about those putting themselves forward for the opportunity as it does for the selection process. So we know that we need to work much, much harder in this area.

There is a propensity for fundraisers from ethnic minority backgrounds to be fundraising for causes that work with people of a particular ethnic, racial or religious origin, exacerbating the silos

And it is certainly not just the arts where there is an issue in diversity in fundraising. In 2013 the Institute of Fundraising launched a report with the Barrow Cadbury Trust that outlined some stark findings, including that fundraising as a profession is considered far less diverse than the general charitable sector workforce. The survey, which surveyed 1,500 fundraisers, also outlined that there is a propensity for fundraisers from ethnic minority backgrounds to be fundraising for causes that work with people of a particular ethnic, racial or religious origin, exacerbating the silos. The same was true of those with a disability. Not surprisingly, the report also cited a significantly higher proportion of women working as fundraisers than men (74% towards 22% male). Although, rather depressingly, it was still men rather than women that were more likely to progress to senior levels in fundraising, reflecting the multi-faceted problems of women coming through into leadership positions.

Raising money in today's diverse communities is a growing challenge for fundraisers and philanthropists, requiring a respectful understanding of people's differences. So as I think about how we address this challenge in this year’s recruitment for Arts Fundraising Fellows, I have been talking to as many people as possible about what action we might take and here is some of their guidance:

Overall, these issues can’t be limited to diversity alone. If we are to be serious, then diversity has to be a business and commercial issue, which focuses on enabling us to attract the best people to fulfill an organisation’s mission and purpose. And that is the approach we are now taking to Arts Fundraising Fellowship recruitment. After all, in a competitive market we need to compete for the best staff, and the best staff are always those that most effectively represent and champion our cause.

Michelle Wright is the Founder and CEO of fundraising and development enterprise Cause4 and is Programme Director for Arts Fundraising and Philanthropy.
artsfundraising.org.uk

Special thanks to Dawn Walton, Chris Martin and Dana Segal for their input into this article.