Indoor performance pilots with the London Symphony Orchestra will shape further reopening plans amid concerns about the safety of singing, brass and wind instruments. 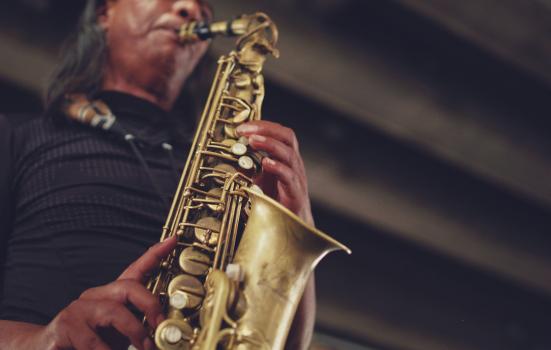 Evidence about coronavirus transmission from orchestral music is lacking

Culture Secretary Oliver Dowden’s announcement on Thursday gives the go-ahead to outdoor theatre and opera but clarity on the future of indoor performance remains elusive, with sector organisations clamouring for answers.

“We continue to urge the Government to publish ‘no earlier than’ dates for initial outdoor performances with a socially distanced audience and, most importantly, for full venue reopening,” Society of London Theatre Chief Executive Julian Bird said.

The test events will include performances at London Palladium, Butlin’s holiday parks and the London Symphony Orchestra at its St Luke’s chamber hall.

How safe is it?

The Government has limited singing and the playing of brass and wind instruments to professionals only, acknowledging the lack of evidence on the safety of these activities.

A Bristol University and Imperial College London study into the risks of singing and orchestral music has been commissioned. Royal Opera House and BBC musicians will be involved in the research to test “what can be done safely,” a statement from DCMS said.

Dowden said the Government wants indoor shows to resume as soon as possible following the indoor performance pilots. “Our scientific research project will … help speed up this journey,” he said.

DCMS advised that guidance around these artforms “will be updated as the evidence develops”.

Recent research by arts sector consultancy Indigo Ltd suggests a strong appetite for open air plays and concerts. In its June survey, 70% of respondents said they were interested in outdoor events – and were willing to pay the same as tickets for an indoor show.

The Government has stipulated conditions for outdoor venues looking to reopen:

Venues will have to produce risk assessments and review their cleaning regimes to reopen.

Any works to facilitate social distancing must not damage listed buildings. Planning rules have been changed to protect venues from demolition or change of use by developers, “stopping those that have been made temporarily vacant during lockdown disappearing altogether and giving extra security to these businesses as they start to reopen,” DCMS said.

“It will always be conditional on circumstances such as the R rate remaining low, further safety tests being conducted and the safety of staff, creatives and audiences must be a priority,” Morgan said.

“But without even an indicative date it is difficult for theatres to plan ahead – and for many theatres this uncertainty will be devastating.”

Permission to perform outdoors is "an opportunity even under the worst possible circumstances," according to Outdoor Arts UK Executive Director Angus MacKechnie.

Although there are very few arts events ready to go on Saturday, the news is a relief to outdoor arts organisations, most of which have lost an entire season of work and up to a year’s worth of income, according to recent submissions from Outdoor Arts to the DCMS select committee.

MacKechnie told ArtsProfessional he is working on ways to assist arts organisations who don't usually perform outdoors or may lack the infrastructure to do so.

His advice to the sector was to "carry on with caution".

Much official communication about reopening the cultural sector has focussed on the 'crown jewels' but "there's a much wider ecology than just that," MacKechnie said.

"I want to remind people why we work outdoors. We are about engaging the companies and different audiences.

"This is an opportunity, even under the worst possible circumstances."

“All we need to do now is rehearse an outdoor theatre production by this weekend … design it and sell tickets and pay all the creative team and then get the audience to turn up and buy tickets … by Saturday. Who’s in?”

Not everyone has permission to resume performing. Comedian Rachel Creeger noted comedy is not considered an artform by funding bodies and has been left out of discussions about socially distanced shows.

She wrote: “Glyndebourne can go ahead? What a relief for the bulk of the country to whom that’s a regular feature on the calendar! Now how about comedy?”

The Live Comedy Association is lobbying to be included when the £1.57bn rescue fund for culture is divvied out, noting that comedy is accessible, inclusive, and suitable for outdoor events.

“Ticket prices are cheaper than almost any other artform and comedy takes place in every nation and region of the country in dedicated spaces but also in pubs, music venues, and theatres in every town and city.”