The failure to share data is hindering audience development and must be addressed as a condition of funding, says ACE. 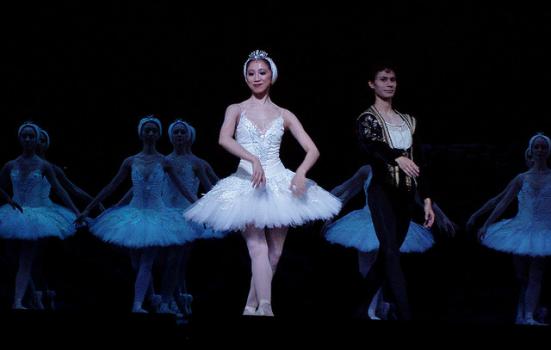 A detailed analysis of seven of England’s large-scale opera and ballet companies has been used by Arts Council England (ACE) to inform its funding decisions in the latest National Portfolio funding round. The review, which covered English National Opera (ENO), English National Ballet, the Royal Opera House, Welsh National Opera, Birmingham Royal Ballet, Northern Ballet and Opera North, included an evaluation of the companies’ business models, artistic output, reach and engagement. These companies currently receive 22% of all National Portfolio funding, worth £74m a year, but from 2015-18 the overall total will fall to £71m. In the light of the review, five companies have been given increases, though ENO will suffer a £5m a year cut, the impact of which will be softened by a one-off £7.6m grant to support its transition to a new business model. But the review has also put the spotlight on challenges to audience development caused by serious underlying tensions in the relationships between the touring companies and venues, and ACE will be expecting the companies to address these as a condition of their funding.

Research underpinning the analysis revealed that the ballet companies were successful at attracting new attenders to well-known works but struggled to find audiences for those that are less well-known, while opera companies presented a broader repertoire and some new work, but failed to grow their audience base. Attendance at ballet performances rose between 2008/9 and 2011/12, with average attendance figures growing by more than 200 to reach 1,590 across 536 performances at the end of this period. But the same was not true for the opera companies whose audiences averaged around 1,560 throughout: the number of tickets they sold fell from 700k to 650k, and the number of performances staged also fell by 33 to 415.

The review found that the touring companies are “frustrated by what they see as a lack of support from venues for their attempts to broaden their repertoire, the refusal to share detailed audience data and the imposition of booking fees and restoration levies”. But the venues expressed frustrations of their own, often feeling that “the companies regard certain weeks to be ‘theirs by right’, do not value the venues’ expertise in selling tickets, and do not consult over repertoire, prices and education programmes”. In an attempt to break the deadlock and “build audiences for the full range of opera and ballet repertoire”, ACE has announced that it will “expect companies and venues to agree ambitious audience targets and co-design long-term audience strategies”. ACE believes there is “scope for companies to pay more attention to the role that repertoire plays in attracting audiences, and venues must recognise that all parties have an interest in developing audiences for less familiar work”. They also see the need for “a more equitable approach to the sharing of data” and believe that further research and data analysis will enable both venues and companies to better understand current and potential audiences for opera and ballet, and tailor their marketing communications accordingly. Another priority is for earned income to be improved through “a better-informed management of ticket yield” and “more nuanced pricing… to ensure that discounts and promotions benefit those for whom they are intended, as well as helping to extend the market for this work”.

Among the five recommendations that ACE will be implementing is for these companies to use a consortium approach to develop long-term audience development plans with their core venues, and be prepared to adjust their touring plans if venues are not prepared to be full partners in this. They will also be expected to include screenings of opera and ballet among their success measures. More research will be undertaken to understand the impact of screenings on live audiences, with a view to exploring opportunities to cross-sell digital and live performances. The Royal Opera House has been asked to take an active role in this work.