Venues in the region - many of them funded by Arts Council England - are suffering from "dysfunctional attitudes and practices," workers say. 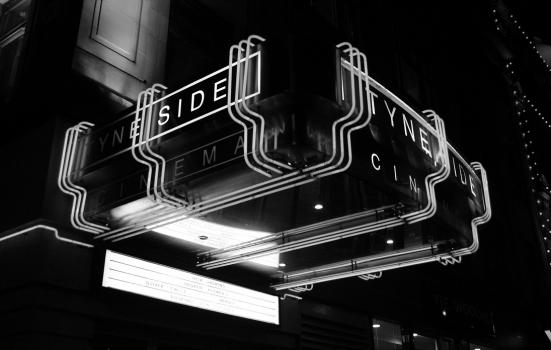 North east arts workers have called out discriminatory practices in the sector following a scandal at Tyneside Cinema
Photo:

Structural issues at arts organisations in the north east of England are creating a culture of bullying and discrimination that goes largely unchallenged, cultural sector workers say.

More than 100 people alleged venues in Northumberland, County Durham, Tyne and Wear and the former county of Cleveland, North Yorkshire, were toxic and hostile working environments where dysfunctional practices have been allowed to take root.

Most did not make formal complaints for fear that speaking out would harm their career prospects - and those who did felt they were not taken seriously.

Organisations of varied shapes and sizes have been implicated and most are funded by Arts Council England (ACE).

ACE staff met virtually last week with an organiser who collated north east arts workers' complaints of harassment and mistreatment via a survey in July.

Further meetings are planned, although the organiser told ArtsProfessional it has been difficult to get their report into the hands of local organisation leaders.

The report contains recommendations for change, including improved staff training on harassment and discrimination, the creation of a workforce protection model to encourage better monitoring and reporting, the end of pro-bono work, and providing gender neutral bathrooms.

The organiser, an experienced arts and cultural worker who asked to remain anonymous, said they felt compelled to act after 200 past and present employees of Tyneside Cinema, a National Portfolio Organisation sited in Newcastle, complained of systemic failures to deal with claims of harassment and sexual abuse.

The scandal forced Chairwoman Lucy Armstrong and Chief Executive Holli Keeble to resign. Tyneside Cinema's board said it would stay closed until a review into the situation is published in the coming weeks.

The organiser said this was "the straw that broke the camel's back".

"It became clear that if we were going to get any insight into current working conditions and investigate people’s experiences of discrimination, harassment and mistreatment, then we would seemingly have to do it ourselves.

"People tend to speak about these things in hushed tones and only amongst trusted friends and colleagues; open criticism is deemed far too risky. There is a culture of silence and acceptance surrounding dysfunction and toxic working practices."

In the report, the organiser writes there is a "legal, moral and ethical responsibility" on funders and employers to effect change.

"As a sector, it is consistently and rightly stipulated that there is a duty to make the arts accessible to all sections of society. Successive governments have ensured the instrumentalisation of arts and culture for public health and wellbeing.

"Yet, while cultural workers deliver these benefits for others ... those who work in the arts are not afforded the same level of concern."

Few people made formal complaints because the alleged perpetrator of abuse was in a position of authority - sometimes, they were the person complaints had to be made to.

Others were so disillusioned that they did not believe complaining would change anything.

Workers said they had not only been discriminated against personally, but also seen colleagues being abused or mistreated, usually by more senior staff.

One person described trying to stand up for their team at a National Portfolio Organisation (NPO).

"I wanted to make sure that the complaint was listened to, taken seriously and action taken [and] advice provided. The Artistic Director said that he was 'sick of me whining' and no further action was taken."

At another NPO, staff were "consistently in tears due to mistreatment," the worker said.

"I could see people's mental health and wellbeing deteriorate in front of my eyes. I tried to be as supportive as possible and it consistently got me into trouble."

On the basis of sex

Gender discrimination arose as the most common complaint, with women being discriminated against for having parental responsibilities, degraded by male colleagues and, in some cases, sexually harrassed or assaulted.

All of the people who left the sector due to gender discrimination were female. They cited a lack of employment opportunities, pay progression, wage inequality, bullying and predatory behaviours as factors that pushed them out of the arts.

Class and race also play a role. Those from working class and Black and ethnic minority backgrounds said they were "paraded around as a symbol of diversity and inclusion in funding applications" while still experiencing discrimination at work.

"I was told by a middle class colleague that I was a good person to 'take along' to Arts Council meetings, as I was 'authentic' (i.e. working class), which made the organisation look good," one worker commented.

"This was hugely patronising and failed to acknowledge the fact that I attended such meetings because it was as much my job to do so as his and I was highly experienced and qualified within my profession."

Disability too often caused conflict within organisations, with workers belittled or discriminated against for needing medical leave.

One disabled artist said they were employed because the organisation was "panicking about its lack of diversity" but had none of their access requirements met: "[I saw] other disabled artists and audiences being treated dreadfully."

The report highlighted that victims often represented more than one protected class and may have difficulty understanding which elements of their identity are being discriminated against.

As Oliver Dowden establishes a working group on "retain and explain", arts workers afraid of exclusion, censorship and funding cuts are...

Thursday, 25 February 2021
More than 1,500 people working in Northern Ireland's creative economy will benefit from an additional £6.9m emergency funding. The second round of the Individuals Emergency Resilience Programme... read more