A survey of arts workers has revealed the strains funding cuts are putting on the sector and shown that many local authorities are yet to be convinced of the value of arts and culture. 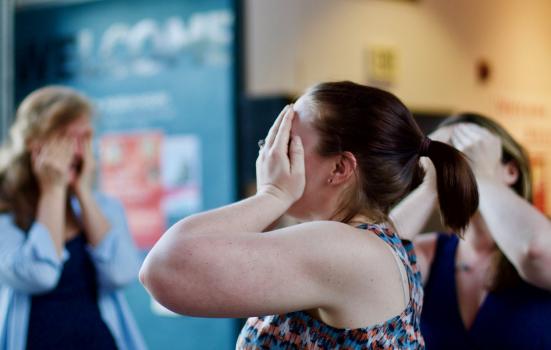 AP’s new investigation into the effects of local authority cuts and what should be done about them has found that 69% of arts workers believe grassroots arts activity is suffering the most.

The combination of funding cuts, increasing charges for local authority resources and services, and the loss of support from arts officers is proving to be a toxic mix that is putting intense pressure on organisations delivering arts activity among local communities.

The research report, based on more than 500 responses to the online Pulse survey run by ArtsProfessional between July and August 2017, suggests that local authority funding cuts are affecting around 85% of organisations in the sector.

Respondents raise serious concerns about the effects of squeezed local authority budgets, including a reduction in the amount of community and socially engaged arts activity taking place. High levels of stress and low morale is reported by those delivering this type of work, with some saying pay levels are so low they are effectively subsidising the work they produce.

Report author Frances Richens, Editor of ArtsProfessional, said: “Arts activity is a key source of support for the most vulnerable in our society, and the responses to this survey raise serious concerns about whether enough is being done on a local level to enable this work and respond to community need.”

That so many arts organisations are reporting cuts comes as no surprise. Between 2010 and 2015, local authority investment in arts and culture declined by £236m – equivalent to 17% – and as of this month, 144 local authorities out of 375 across England and Wales have no dedicated arts officer or direct arts service.

Arts organisations’ responses to losing local authority support vary. The majority are applying for more funding from public funds, or trusts and foundations, as well as attempting to increase sponsorship and individual giving. There is also evidence of an increased drive for commercialisation, which some say is leading to fewer artistic risks being taken.

59% of those facing funding cuts are cutting their own staff numbers. One respondent said this is leading to “a huge capacity deficit”. They added: “This means a lack of people with time or training to raise funds to fill the funding gap. Organisations are left ‘firefighting’ rather than able to diversify/innovate and change their enterprise model.”

Around half of respondents thought local authority arts funding should be focused on participatory work, and many called for funding to be used to drive health, social and placemaking agendas.

The report warns about a loss of support for arts-led activities for young people and other vulnerable groups, such as those with mental health problems, which is compounded by education policies that are squeezing the arts out of schools. Almost half of organisations facing cuts said they had or were planning to cut back on their education and outreach work.

Small arts organisations and community groups have been hit particularly hard by increases in charges by local authorities for services and space. Some respondents also warned that larger organisations are now undertaking – and competing for funding for – socially engaged arts activities that were once the preserve of community groups.

Respondents said this was having a particularly negative effect on artists and arts practitioners. Some reported they are “massively subsidising the arts by working for less” or by funding each other’s projects through crowdfunding. Some are leaving the arts and finding work in unrelated areas.

Respondents highlighted the important contribution that the arts can make to local economies, community wellbeing and individuals’ health and quality of life, and want local authorities to recognise this.

They called for more transparency from local authorities about the cuts they are making, and want to see more collaboration with the sector on arts development plans. One respondent commented: “Buildings and organisations are closing as a result of these funding cuts. I believe this is due to the lack of time to prepare, due to last minute budget forecasting and changing.” Others warned of a lack of strategy for arts and culture in their local authority, or the “constant reconfiguration of priorities”.

Many respondents said they can see a “very clear and important role” for local government in supporting the arts – even if they can’t provide direct funding. Some highlighted positive examples of local authorities maintaining a commitment to the arts or finding innovative ways to support the sector while cutting spending. These include support services, advocacy, enabling partnerships and connecting arts organisations with potential sponsors and funders, although only 17% reported that their authority has made an attempt to help them find alternative sources of funding.

Richens commented: “Many respondents told us about brilliant councils that recognise the value of arts and culture to their communities and economies, and are making strategic plans in collaboration with the sector – but sadly these appear to be in the minority. We will keep highlighting these inspirational examples in ArtsProfessional, to help the sector to shape their local arts infrastructures and to advocate for the value of arts and culture at a local and national level.”