More than half of cultural organisations surveyed anticipate challenges meeting staff costs in the coming 12 months, and a similar proportion rely daily on volunteers. 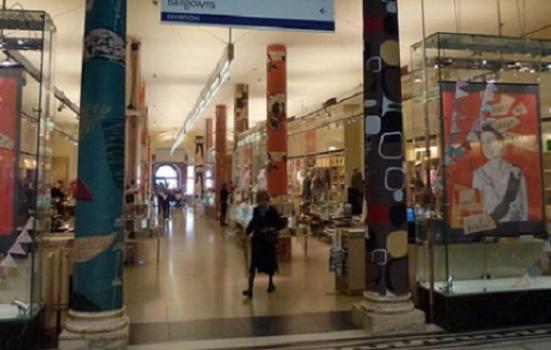 Staff working in museum and gallery shops, ticketing and security are often being paid less than the Living Wage, a sector survey indicates
Photo:

Research by the Visitor Experience Forum and BOP Consulting on practices at 140 museums, galleries and visitor attractions found that 39% of respondents paid their entry level visitor experience staff less than the Living Wage.

The staff in question were typically responsible for roles ranging from admissions and ticketing to security and retail. Some also had responsibilities including managing volunteers, responding to visitor feedback and running tours.

About 45% of the organisations surveyed paid these people the Living Wage, and about 15% paid them above this level.

The findings follow a 24-hour strike last week by Science Museum Group (SMG) staff seeking a “real living wage”. Prospect union says staff have experienced  a real terms pay cut of 13% over the past eight years, while SMG says salaries for its lowest-paid staff have been increased by 6.9%.

A petition calling for better pay says SMG staff “feel overworked, undervalued and unable to continue with the jobs that we love”, reflecting wider concerns about unpaid work in the arts sector and an increasing risk of burnout.

The research found that “staff retention and changes in the wider social-political landscape including Brexit” are the biggest challenges organisations face around human resource management.

More than half (53%) of respondents anticipated issues meeting staff costs over the next 12 months, and one in five expected it would be hard to retain their staff. About one in ten said low wages would be a significant challenge for their organisational operation in the coming months.

While most organisations are employing some visitor experience staff on a permanent basis, “casual and zero hour contracts are also used heavily” – by two thirds of those surveyed. A significant minority of institutions (15%) anticipated challenges in moving staff from casual to long term contracts.

Volunteer labour is integral to 57% of the organisations, where it is used daily. However, 30% of the survey sample did not use volunteers at all.

The staff surveyed “generally perceived their professional prospects positively”. However, the museum sector is “recognised as very competitive” and investment in staff development ranged from 15% of organisations’ departmental budget to nothing at all.

Training and development were perceived as key challenges by 13% of the organisations surveyed. However, a large proportion of respondents (68%) had attended some kind of training in the past year.

The report says that senior visitor experience staff saw potential to develop in their current roles, “but not necessarily career progression in a sector that is recognised as very competitive”.