Historic England envisages the community-led scheme will become a “catalyst for wider regeneration” in a similar way to Creative People and Places. 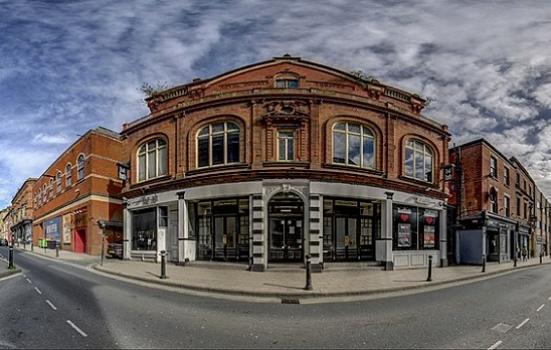 The Royal Court Theatre in Wigan has already been announced as a beneficiary of the £95m project
Photo:

Historic England is calling on arts and cultural organisations to lead the regeneration of high streets across the country in a £95m scheme.

The agency has already chosen 69 ‘Heritage Action Zones’ to receive a share of the fund, which was announced in September. The four-year project will invest in the redevelopment of heritage buildings and transform disused or underused sites into creative spaces, offices or shops to help local communities and their high streets “adapt to the challenges they face”.

It is envisaged that arts, cultural or community organisations will partner with their local authorities to distribute funding and create an arts and cultural offer that encourages people to enjoy their local high street. “This revival will become the catalyst for wider regeneration, with heritage and local character at its heart,” information released by Historic England says.

Head of Public Programming Ellen Harrison told ArtsProfessional there has been significant interest from arts groups, “but there may be others out there that we’re not aware of”.

Expressions of interest are due by November 30, with the bulk of public-facing activity expected in 2022 and 2023.

Despite accusations that National Portfolio Organisations have displayed condescending attitudes towards CPP projects, the programme has been widely praised as a successful example of community-led cultural development. So far, 91% of its 1.45 million audience members have come from neighbourhoods with low or medium levels of engagement in the arts.

Harrison says Historic England wants to replicate this success by allowing arts and cultural groups to expand on their existing programming or pilot new ways of working with their high streets: “we’re looking at dance, theatre, street arts, photography. Really … it’s the individual consortia who will let us know who they want to work with.

“We want to make sure there’s a direct link between the cultural programming and the community.”

Most of the £95m fund will be directed towards capital projects. Up to £1.3m is expected to go towards repairing historic buildings in Leeds, and Wigan has successfully bid for funding to restore its Royal Court Theatre.

The consortia will receive just £6m over the scheme’s four-year lifespan. On average, this amounts to about £86,950 per consortia. By comparison, the latest round of 12 CPP projects shared £17.5m.

About £1.4m will be used on cultural programming separate to the consortia, training days, expert advice, administration and evaluation and legacy work.

Creative People and Places did not respond to requests for comment.