The first organisations to meet the government’s new reporting requirements include Arts Council England, the National Gallery and Sadler’s Wells. 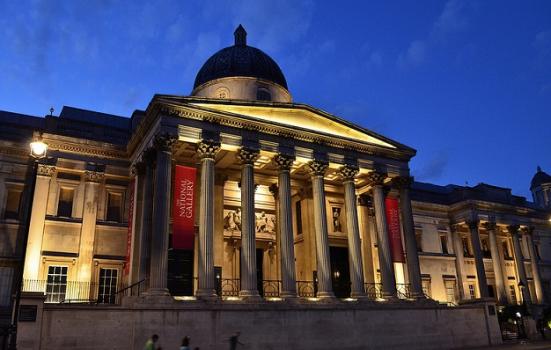 The National Gallery has submitted information about its gender pay gap
Photo:

Women are also underrepresented among staff receiving the highest pay at the national funder – holding 57% of such roles, despite making up 65% of the workforce.

The revelations come as the government’s deadline approaches for major arts organisations to report their gender pay gap data. The National Gallery and Sadler’s Wells have also reported, but the National Theatre and Royal Opera House are yet to do so.

Reflecting on ACE’s statistics in a blog post, the funder’s Executive Director Liz Bushell noted the pay gap is falling but there was still a 2.6% difference in median pay at the end of March 2017. Provisional figures for February 2018 reportedly show a median difference of 0.3% in favour of women.

She added ACE’s National Council is now 53% female and its Area Councils are gender-balanced. But she said any pay gap, “no matter how small or improved”, runs contrary to the national funder’s belief that “diversity is vital and that everyone deserves to be treated fairly, regardless of their gender, race, ethnicity or disability”.

“Achieving pay equality and creating a diverse workforce are vital if we are to justify the investment society makes in us,” she added.

Bushell outlined plans to address the remaining gap, which she wrote is largely due to the under-representation of women in senior positions. These include promoting flexible working and modified recruitment and development opportunities.

Several large arts organisations have already released their gender pay gap data, including the National Gallery where women earned 15.2% less than men last year and were also more likely to be in lower pay quartiles.

Addressing the gap, which is larger than the average median gap of 11.2% reported across all organisations so far, the gallery said it is reviewing its pay structure, as well as its recruitment and selection procedures.

Sadler’s Wells has also reported early, revealing that its median pay levels are equal for men and women. However, women working at the London dance venue dominate the lower two pay quartiles – 76% in the lowest bracket and 61% in the lower middle bracket – while accounting for just 38% of staff in the highest paid bracket.

A number of major arts and cultural organisations that are required to report, including the National Theatre, the Royal Shakespeare Company and the Southbank Centre, have until 5 April to do so.

Research by ArtsProfessional in 2015 found the gender pay gap in the arts was greater than the national average, with women earning up to £5k less than men at similar stages in their careers.

The average salary for men was found to be £32,500, compared with £28,500 for women, despite women being better educated.

Although organisations with fewer than 250 employees are not required to declare their pay gap, some arts leaders have expressed an interest in the entire sector doing so.

Writing on Twitter, Alan Lane, Artistic Director of Slung Low, asked if arts organisations could be convinced to release the information voluntarily and “lead the way”.

The idea was retweeted by Natalie Ibu, Artistic Director of Tiata Fahdozi, and supported by Hilary Foster, Executive Producer at Third Angel.