The funder is to redirect funding away from London-based organisations as outlined in the latest addendum to its guidance for applicants. 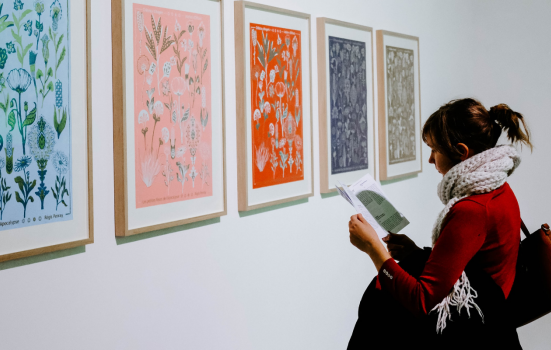 The instruction from DCMS comes alongside an overall budget uplift of £43.5m, taking the department's planned investment into cultural organisations outside London to £75m over the next three years.

The loss of £24m in the capital raises concerns that some London-based NPOs will be removed from the portfolio entirely, as ACE prepares to ask applicants if they would consider relocating outside the city.

The new guidance, presented by an ACE panel on Wednesday, answers questions over an initial delay to applications opening and marks a commitment to supporting levelling up priorities outlined in the White Paper.

The new funding must be invested, where possible, in 109 Levelling up for Culture Places identified by ACE and DCMS.

The places represent local authority areas that were acknowledged as in high need of cultural investment by the funder last year and includes the 49 ACE Priority Places located outside London.

To secure further funding, NPOs and Investment Principles Support Organisations (IPSOs) that receive more than £2m must demonstrate how they will increase their activity in Levelling Up for Culture Places during the three-year period. How activity is measured will be discussed with applicants during the funding negotiating period, ACE says.

“The announcement accelerates our commitment to parts of the country that deserve more investment, increased access to the arts and the incredible benefits they bring.”

London Mayor Sadiq Khan said the decision to cut funding for the city’s arts organisations will damage the UK’s recovery from the pandemic.

“London has some of the most deprived communities in the country. Cutting arts funding for these communities is the opposite of levelling-up.”

All London-based organisations applying to the next portfolio will be asked if they are willing to relocate outside the capital.

ACE is yet to finalise design of its relocation programme but says it will follow up with those open to relocation in the summer.

£8m has been earmarked for relocating organisations. Those moving must establish their registered office outside the capital and demonstrate a tangible commitment to adding cultural value to their new local community.

“If the Government are serious about using culture to drive recovery, they will not expect Arts Council to redistribute or repurpose funding or encourage relocation but make provision for all places to thrive.”

“London organisations can be truly great for the regions but not when they just land in places because of a financial incentive.”

The funder says it wants better distribution of investment across boroughs but a focus on its five London Priority Places – Barking & Dagenham, Brent, Croydon, Enfield and Newham – remains.

“This will make an already competitive process even tougher for London based applicants,” ACE Deputy Chief Executive of Places, Engagement and Libraries Laura Dyer said.

Elsewhere in the UK

At the briefing, ACE Deputy Chief Executive of Arts and Museums Simon Mellor said applications that do not highlight activity in Levelling Up for Culture Places will not score as highly in the balancing process that helps determine successful applicants. “But there’s still a very strong chance you could get funded,” he said.

Funding uplifts for NPOs outside priority areas are not ruled out, but are “less likely”, he added.

ACE’s panellists agreed that they want the next portfolio to be more representative of the country’s geography and diversity of people.

“We do of course want to get an ecology that reflects the whole of arts and culture, but our specific priorities are around place and diversity,” Dyer said.

Online guidance says ACE will continue to make autonomous decisions on which organisations to invest in, with a focus on achieving its Let’s Create strategy.

The 2023-26 Investment Programme application portal opens on Monday (February 28) and will close a week later than originally planned, on May 18.