We need to find ways to support – and hear – honest, respectful difference of opinion. That’s why we’re launching We Hear You, says Amanda Parker. 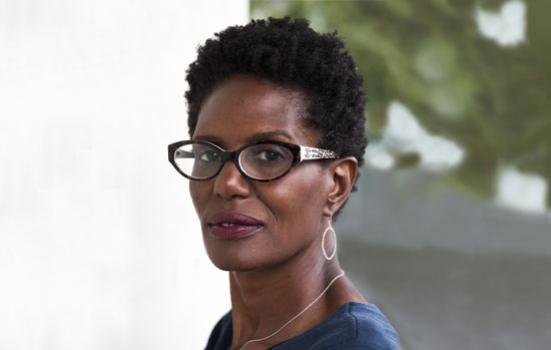 Not in my wildest dreams (or scariest nightmares) have I ever imagined that I might one day be quoted in the Daily Mail. Yet this week it feels like ArtsProfessional’s jumped the shark.

By talking about our sector’s need to respect alternative perspectives, and create collaborative and inclusive workspaces and dialogues, I’ve found that news outlets consider me to have much in common with Breitbart readers…an interesting turn of events for a working-class black woman.

It’s less a testimony to my personal opinions, and more a clear indicator of how polarised our public dialogue has become – not only in our sector, but elsewhere. And it’s why ‘We Hear You’ is needed.

Nicholas Serota’s announcement of what could amount to sanctioning those failing to meet diversity targets has met with comments in the Twittersphere of ‘long time coming’ and ‘long overdue’. However, this suggestion is also proof that having difficult conversations can work when we stay open to persuasion, and fresh ideas. It was a tense moment in my conversation with him when I suggested that sanctions could be an option, but my view no doubt echoed the many more who’d said the same to him during ACE’s consultation period for the revised strategy.

This week’s rulings against both Placido Domingo and Harvey Weinstein demonstrate how vital it is to have the space, agency and licence to speak out against wrongdoing without fear of censure.

These are headline-making instances of abuse, but our daily experiences matter too. I recently met an inspiring young woman full of ambition and ability who has worked for some highly successful and progressive organisations. She’s a formidable addition to any team.

We discovered that we’d both belonged to an arts networking group, despite never having seen each other at any of its events. Once we’d touched the sore, we then couldn’t staunch the wound, swapping tales of how, despite the group’s credentials for being a welcoming space that’s supportive of debate, it is in fact one of the most stifling, depressing and self-censoring spaces we’ve yet to encounter in the sector. I’d regularly have to take action to manage my mental health after being at these events. She had long since stopped going to their meetups.

It was a huge relief to find that someone I so admire could feel the same as I did. I thought it was just me feeling hugely disconnected because of the gaping chasm between what was coming out of people’s mouths and what was really being expressed in every other way – from who got to speak, to who was listened to, and which actions were progressed and which were ignored.

It’s why I hope that We Hear You will resonate with many of us – when you want change, but you don’t feel like you have agency, licence or permission to speak out, when you feel like you don’t dare say what feels to you to be glaringly obvious and clearly suppressed.

When you can’t breathe because the elephant in the room is not just huge but stinks: use We Hear You.