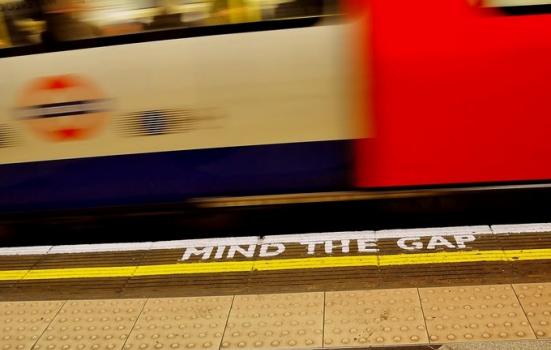 In 2010, former National Theatre Director Richard Eyre claimed that the coalition government’s policies would create ‘cultural apartheid’ between between those for whom the arts are a part of life and those who feel excluded from them. I’m sorry Richard, but you were boldly predicting what had already happened.

We don’t know what works, and are terrified of admitting when we know it hasn’t

The inconvenient truth for all those who work in the arts is that, despite over two decades of detailed targets, bold-sounding funding schemes and ambitious rhetoric, we’ve failed to move the dial on two equally important issues.

First, participation in taxpayer-subsidised arts remains stubbornly skewed by social class (I know the arts world hates the word ‘subsidy’, but let’s call a spade a spade). From various recent studies, it appears that the issue most resistant to change is attendance rather than participation. A post-EU referendum landscape is bringing new focus. Can the arts justify even the tiny subsidies it receives from government, if this is not being used to support the regeneration of the more neglected places and identities within the UK?

Second, we have no good empirical basis on which to make choices about how to change this situation. Worse still, the arts sector’s approach to evaluation of the impact of such schemes remains far too advocacy focused, hamstrung by a funding-hungry quest to demonstrate impact rather than understand efficacy. We have no systematic, replicable breakthroughs in any artform. We don’t know what works, and are terrified of admitting when we know it hasn’t.

What might break this stasis? Whilst our EBacc-fuelled enmity might tempt us to ignore every aspect of education policy, there may be a good lesson to learn from the story of the Education Endowment Foundation. Set up in 2011 as an independent organisation through a one-off endowment from government (designed to last for only ten years), the Foundation focuses on a similarly intractable problem – how to reduce social class gaps in attainment. Over two decades of government attention and funding on this issue had barely narrowed gaps, at any age.

Aligned with a new pupil premium and changes to school accountability, so that poorer children effectively matter more to school performance, the Education Endowment Foundation has two realms of activity: knowledge-mobilisation and knowledge-building. First, it marshals existing evidence about closing gaps to inform schools’ decision making. Second, it supports and rigorously evaluates many promising education interventions to improve on the existing evidence base.

Whilst the randomised controlled trial approach favoured by scientists has some critics, and it is too early to say whether any of these efforts are actually closing social class attainment gaps, the Foundation has already contributed to an improvement in evidence-use amongst teachers and school leaders, and supported the system overall to retain a forensic focus on closing social class gaps.

I believe that there is a strong rationale for the creation of a Cultural Endowment Foundation. It should aim to synthesise existing evidence, promote greater evidence use and generate rigorous new evidence (through supporting and evaluating promising interventions) on one and only one issue: how can we narrow social class gaps in adult arts attendance?

The singular focus here is deliberate. There are broader issues around who engages, related to age, ethnic diversity and disability, and around what they engage in, including participation, training and employment. But programmes such as these often fall victim to focusing on too many issues at once.

Given the political context, the social class dynamic seems like the most salient issue. It would not attempt to explore the wider social impact of such attendance, but begin with a starting assumption that attendance at arts events is an intrinsic public and individual good.

In thinking through the inevitable high versus low art debates that any attempts to widen attendance fuel, it might want to return to Tessa Jowell’s 2005 pamphlet on cultural value, and her neat exposition of the idea of ‘complex culture’.

I also believe there is a simple-ish way to pay for this. Amidst the debates over whether the chancellor’s National Insurance hike for the self employed was Hammond’s ‘pasty tax’, another ‘sugar tax’ received scant attention. The Chancellor announced 12p on sugary drinks, and 24p on very sugary drinks, with at least £1bn per year going towards school sport. How about providing a similar amount from gambling taxes to establish a Foundation?

This may not need an additional tax – in 2015-16 alone receipts from gambling rose by over 25%, from £2bn to £2.5bn. Whilst a windfall tax on an industry which, according to one study, costs our health services more than £100m per year is tempting, it might not be necessary. Simply allocating any rise in tax receipts from gambling over the next few years would probably be sufficient to provide a new Foundation with the resources it needs to make a genuine difference.

Like the EEF, a Cultural Endowment Foundation should be entirely independent from both government and from the Arts Council, giving it the freedom to speak truth to power where necessary. Its success will require buy-in from an arts sector who, whilst rightly suspicious of time and morale-sapping attempts to bean count ‘quality’, should be hungrier than ever to learn from what works to diversify their audiences.

It's most disappointing that after a strong start this article simply ended in a demand for more public money. There's been loads more money to broaden access since 2000, and shed loads of data and 'evidence'. There are even some places that have broadened their audiences, but have not been seen as role models. So why will this proposed expensive new data gathering and analysis make any diffference?
There are plenty of people from the wider spectrum of social groups participating in arts. Funding bodies just need to try a bit harder to engage with them. Take Ipswich as an example. A town with a large C2DE population. Sure, it is home to Dance East, an ACE NPO, but it also has a huge number of unsupported events with local people creating work for little or no reward. This includes original bands nights in pubs - 3 or 4 local bands who can't charge pubs money like cover bands or tribute bands. An organiser will charge something like £2 to £3 admission to cover costs of the PA and advertising, and then distribute any leftovers to the bands. A major annual event (I don't know if it still runs, I was last there over 10 years ago) is/was the Co-Op Drama School's Chrsitmas show. This would see one of the town's large venues (either the Regent or the Corn Exchange) being taken over and filled by enthusiastic friends and families of scores of local talented children, making it one of the town's annual cultural highlights. And then there is Ipswich Music Day. This is funded by the town council with local sponsorship, but as far as I can see, receives no additional arts funding. And yet, with 40,000 people attending to watch local bands this surely has to be one of the best examples of bringing art to a hard to reach audience. I personally feel that arts funding should take a more active role in finding projects to fund, rather than waiting for (or inviting) those known organisations, many with development and fundraising departments, to make bids for funding. Until that happens we will continue to see the same organisations being funded, and the same people being excluded.