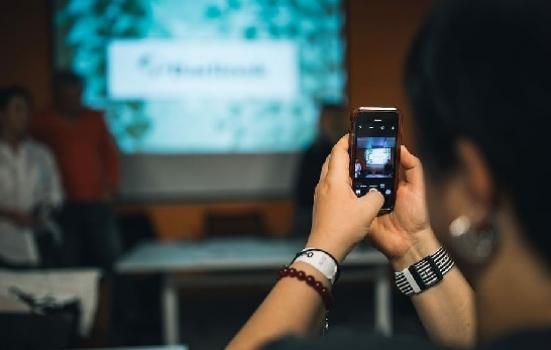 In philanthropy we look to the US for the latest trends that are likely to affect the UK. For the arts, the picture is concerning. Reports in the US are showing that cultural donations are in decline. In 2018, according to the latest Giving USA report, Americans gave $428bn in charitable and philanthropic donations, yet just $20bn went to arts and culture. Total giving rose by 0.7% but the figure for culture, if adjusted for inflation, shows a rapid decline. This is all the more worrying because the US is already ahead of the UK, with 5% of overall philanthropic giving going to the arts compared to just 2% in the UK.

In the US, the fall in philanthropic giving sits alongside the already sharp decrease in funding from the National Endowment for the Arts (NEA) and continuing threats to ongoing arts funding from the Trump administration. The 2020 budget proposal from the US Government aims to allow only enough funding for the “orderly termination” of all operations over the next two years. Some of the justification for the cuts is based on superficial evidence of potential within philanthropy - for example, that crowdsourcing platforms like Kickstarter funded more arts-related projects than the NEA.

But is it realistic that the private sector will ever be able to fill the gap? While there is a transfer of wealth underway from baby boomers to younger generations – estimated at anywhere between $30 trillion to $60 trillion – the arts seem unlikely to benefit.

The fact that income from the UK philanthropy sector has remained stubbornly static over the last 10 years also suggests that this is a sector needing revolution not evolution.

What is driving the decline?

Perhaps the biggest influence on the current philanthropy ecology comes from Silicon Valley. According to current figures from Oxfam, just 26 of the world’s richest billionaires own as many assets as the 3.8 billion people who make up the poorest half of the planet’s population. A small proportion of these mega-wealthy, often tech entrepreneurs with the determination to take on the seemingly impossible and the money to do it, champion the concept known as ‘philanthrocapitalism’.

Bill Gates is the best-known advocate of such giving. The Bill & Melinda Gates Foundation is cited as the largest privately-owned foundation in the world with an endowment of over $50bn. The charity is committed to finding cures or solutions to some seemingly intractable problems, such as ending malaria. The ‘fix it’ style approach holds that we can cure or solve issues by employing a solutions-based focus that will also allow new ideas and talent to rise.

This chimes with the Giving USA report, which shows that younger donors are no less charitable than their older counterparts, but that they have different expectations. They want to act as investors and to see genuine impact and change from their support.

An existential crisis of relevance

But tangible impact can be difficult to measure in the arts and collaborative ‘fix it’ based systems are not easy to create. Culture faces, as the newly created Arts Funders Forum puts it, “an existential crisis of relevance”.

Launched under the wing of the Knight Foundation and in partnership with the strategic advisory firm M+D, the Forum’s purpose is to inspire more private giving to arts and culture in the US. Its focus is in areas such as building communities, improving access to culture and education, and developing a better society by using culture to “bind people to place and to each other”. These are all areas of cultural democracy where we see cultural and social issues sitting side by side.

Engaging the next generation of billionaires

So how do we understand the next generation of philanthropy? In response to public scepticism of and opposition to billionaire donors, new generation of ultra-wealthy people are changing how they give back. Research firm Wealth-X concluded in its 2019 Trends in Ultra-High Net Worth Giving report that young billionaires, i.e. those under 45 with net worths above $30bn, are likely to behave differently to their predecessors.

1.    Changing nature of philanthropy – For the generations that lived through the Second World War and were born immediately after it, the importance of the arts was a given. Now donors take a more strategic approach: they want to know exactly how their money will be used and what impact it will have, and they want the data to prove it. According to the US-based Johnson Centre for Philanthropy, younger philanthropists are drawn to animal welfare, the environment and social activism rather than the cultural causes supported by their parents and grandparents.

3.    More hands on and transparent – Younger billionaires are allocating their time and skills in a way that has not been seen before. While older billionaires tended to focus on philanthropy after retiring, the next generation are getting involved much earlier and are building expertise as they go.

4.    One cause – As younger billionaires get more hands-on, they are engaging in fewer philanthropic causes. For example, Bloomberg's David Ramli reported in September 2019 that a group of five Chinese heirs has made climate change the single focus of their philanthropy.

5.    Collaboration is key – The Giving Pledge was developed by an older generation of donors, namely Bill Gates and Warren Buffet. It has since supported over 200 ultra-wealthy people across the globe to commit to giving away the majority of their fortunes. But this style of giving is generally more popular among the younger generation of billionaires than older ones. It involves the philanthropist as partner, directly involved in decision-making and policy planning.

6.    Ethics rule – Arts organisations need a clear and straightforward sense of right and wrong. Three of New York's leading museums, the Metropolitan Museum of Art, the Whitney Museum, and the Museum of Modern Art all faced protests in 2019 for accepting donations from controversial billionaires.

The concept of engagement or collaboration can feel overwhelming to arts organisations because being a partner and contributing to decision making come at a price for the autonomy of the arts organisation. Yet at a time of heightened public scrutiny and increasing social justice concerns, people with money to give come with their own agenda. Convincing them and society at large that the arts do indeed serve the public is paramount.

We have to take this new constituency seriously and boldly make the case for support. In a recent report for Philanthropy Australia, Clare Ainsworth Herschell painted a bleak future if we don’t change our ways of engaging with philanthropists. "What Millennials do not value they will not protect," she wrote. "And what they do not protect they risk losing for generations to come."