'They let us pick any artist in the world': the freedom to create relatable theatre

The Contact Young Curators programme gave Wez Thistlethwaite the opportunity to re-engage his creative muscles by co-curating a world premiere at this year’s Manchester International Festival. 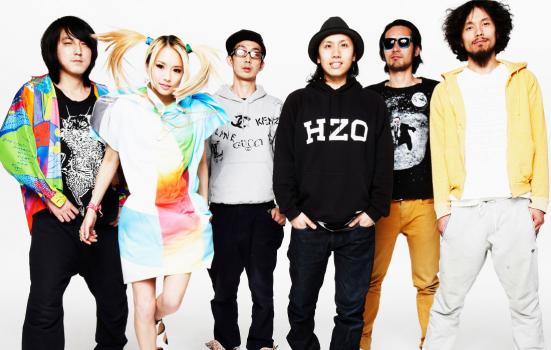 In 2017 Manchester International Festival and Contact recruited five young creatives at the beginning of their careers to research and curate a world premiere event at this year’s Manchester International Festival (MIF19). I was one of the five Contact Young Curators who invited radical Japanese art collective Chim↑Pom to Manchester to create an underground brewery in the city centre responding to the historic cholera epidemic of the 1830s.

By taking the stabilisers off, it became a project that we owned and could lead autonomously

Chim↑Pom’s ‘A Drunk Pandemic’ takes place in a disused tunnel beneath Victoria Station. Audiences go on an hour-long tour of the brewery, ending with the opportunity to try the beer brewed on site exclusively for MIF19. We were invited by Chim↑Pom to create and present a programme of special events, including an anarchic pub quiz and a seminar on sanitation and class.

For me, the Contact Young Curators programme was a solution to a problem that had long been on my mind. After university, I was intent on getting into a creative role in the theatre world. The decision to stay in Manchester was obvious, not least because with very limited funds I couldn’t afford the cost of travelling between my hometown Chorley and Manchester to access its cultural offering. However, after a stint of being unemployed and digging deep into an overdraft, I ended up working antisocial, irregular shift patterns at a supermarket, which prevented me from participating in the city's numerous free arts projects.

After three years I finally got my break and started a participatory project with Contact to work towards its capital bid. Before I knew it, I had a casual job in the box office, then took on a part-time fundraising assistant role and eventually - after working in nearly every department - I became a full-time Sales and Communications Assistant.

I was now physically in the theatre, but was still unable to participate in any intensive artist development programmes. It was a Catch 22, having to balance the need to make ends meet with freeing time to participate in creative opportunities.

Contact Young Curators was accessible for me as it was spread over two years, creating real flexibility. The project allowed me to re-engage my creative muscles again and participate in something creative that worked around my financial commitments in a city where the price of living is still on the up.

One of the most impressive aspects of the process is how much freedom Contact and MIF gave us. In short, they let us pick any artist in the world. They gave us the freedom to explore our own artistic visions but also to go our own way in terms of planning – they didn’t impose structure on our process, actually allowing us to lead the project on our own terms, meeting when we wanted to, setting our own agendas and taking our own minutes - which we fed back to the teams that supported us.

By taking the stabilisers off, it became a project that we owned and could lead autonomously. This created a real bar of responsibility to jump over. If we had been in a more heavily controlled environment we wouldn’t have had the opportunity to develop artistically and professionally as much. This has definitely given me confidence to take the next steps with my personal projects, such as a podcast.

When you’re offered an entire world of artists to choose from, you quickly learn that you have to start by setting some boundaries. Early on we had a huge list of artists, so how do you narrow it down? The three questions we asked were:

We looked to East Asia, hoping to unearth artists unknown to us and John. I remember searching through Japanese arts websites, straining to process what any of it meant because they were either untranslated or badly translated by Google.

Then I came across Chim↑Pom’s ‘Super Rat’, a giant genetically enhanced rat, stuffed and painted like a Pikachu – completely mad but at the same time familiar, playful and yet straight-talking.

Often when art engages with pop culture, it does it at a distance, to ridicule or critique rather than embrace. I think this comes from a fear of tropes or cliché. Chim↑Pom aren’t afraid to get stuck-in with positivity and confidence.

The wildness, humour and honesty of Chim↑Pom’s work feels very Mancunian. Even after a short visit, they picked up on a theme that had popular, cultural and historic significance to Manchester – beer and drinking. A topic that people could relate to. I remember seeing a tweet from someone about the festival that their 82-year-old mum had picked out ‘A Drunk Pandemic’ from the entire MIF programme. I really believe that to make theatre accessible it must start to embrace and celebrate at least some part of the popular or mainstream.

I am now Box Office and Audience Insights Manager at Contact. Contact Young Curators set me up with a critical mind to search for insights and be curious about audiences. How do they think? How do they relate? What makes them want to attend an arts event? This way of thinking about programming from an audience perspective is something I’ll take with me pursuing a career as a curator in the future.

Wez Thistlethwaite was a Young Curator at Contact and is now its Box Office and Audience Insights Manager.
https://contactmcr.com

'They let us pick any artist in the world': the freedom to create relatable theatre