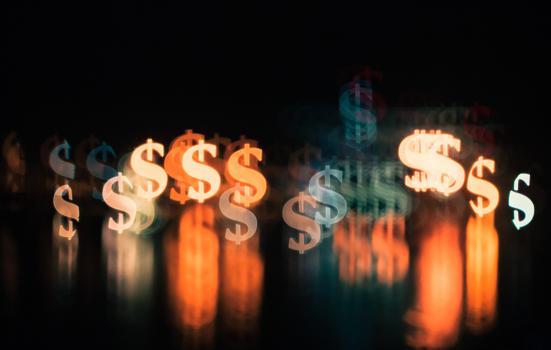 The renewed energy and publicity across the world being poured into the fight for racial equality is colliding with the Covid crisis, taking us to a crossroads for arts funding in the UK.

All funders – especially Arts Council England (ACE), given its responsibility to help distribute the £1.57 billion of emergency funding to the arts and creative sector – have to reconcile their renewed commitment to racial justice and the need to support what is disproportionately a white arts, cultural and creative industry.

Covid and Black Lives Matter may just be moments of crisis and the bailout could be used to simply get us back to life as normal. Or, together with the looming financial crisis and climate change, this may all be a tipping point into something new, and the bailout used to shape the future we want to see for our sector, our country and perhaps the world.

As a black leader with 30 years’ experience in the arts and creative industries, I have hopes and fears for the bailout as a moment of change.

There is little research on diversity funding policy specifically relating to race; we don’t capture this history sufficiently well. There are valuable case studies, but the opportunities to learn from these have too often been missed. As a result, diversity arts funding policy and practice has made little progress. Funders, including ACE, still have a systemic bias against the funding of Black Asian and Minority Ethnic (BAME) organisations. For the avoidance of any confusion let me give an example.

In 1996, I founded Tribal Tree (Tribal), a not-for-profit programme for music artists. Located in Camden, opposite the Roundhouse, Tribal targeted disadvantaged young people, mainly from BAME communities. The programme, arguably the most successful of its type, helped launch artists like Plan B, Amir Amor, Richard Rawson and Anita Blay. Others became community leaders emulating the work of Tribal, and one became a therapist with a special interest in youth violence.

3 years after launch, Tribal won the PRS Foundation’s Outstanding Contribution to New Music Award. Four years later Tribal closed. Tribal’s funding slowly dried up as funding was redirected to the £27m development of the Roundhouse, which was supported with private investment from Sir Torquil Norman and grants from the Arts Council amongst others.

The story highlights the fault lines in our funding system. No one set out to close Tribal; I doubt Sir Torquil knew Tribal existed, and there was no question that ACE valued Tribal’s work. So, what went wrong?

Two for the price of one

The reason a potentially flagship BAME organisation got trampled under the wheels of a major heritage project was due to the systemic bias of funders, who, with good intentions, prioritise preservation of heritage (often associated with excellence), value for money (i.e. match funding and scale) and diversity, in that order. When resources are limited, genuinely delivering on all three priorities becomes difficult. Embedding the delivery of diversity targets into ‘heritage organisations’ like the opera houses and the major museums and galleries, allows funders to get ‘two priorities for the price of one’. There is then less impetus to fund BAME-led and BAME-focused initiatives.

I worked with the Roundhouse in developing its community programme. It was a good project, which served the whole community, but it was not BAME-founded nor BAME-led. In my view BAME ‘foundership’ and leadership matters. For ACE and others to fund the Roundhouse at the expense of a grassroots BAME-led project, which was exceeding all performance targets, was at odds with best diversity practice. However, when a large project came along with matched funding, great connections and a strong heritage angle, the smaller organisation, with its grass roots character, had no chance – no matter what its track record.

It’s worth saying, that the ‘value for money’ argument is not consistently applied. For example, the Royal Opera House and English National Opera (ENO) deliver a more similar product than Tribal and the Roundhouse, yet both continue to receive a lot of public funding, despite all the debates about value for money. Why? Because the arts funding system in the UK values heritage even more than value for money.

Changing this will not be easy, but equally, it is not that difficult either. My guess is that ACE will again bailout the ENO and other large institutions that are arguably surplus to requirements both in terms of their value for money and, in my view, their heritage value. ENO’s grant of £12.38m would pay for 63 organisations like MeWe360, the sector support organisation I run for BAME creative entrepreneurs in the UK. If as a society we value organisations like ENO 63 times more than MeWe, then it is unsurprising that BAME-led organisations which deliver excellence, value for money, drive innovation and create small businesses which will diversify the sector, struggle to survive at moments of crisis.

Undeniably, we are at a moment of crisis and the distribution of the bailout will reflect (in pounds, shillings and pence) how far we’ve come on diversity. So far, ACE’s emergency funding programme has not reached the number of BAME organisations it should have. The equitable distribution of the £1.57 billion bailout of the arts and creative sector could be an opportunity to change things.

Where should we start? ACE needs to create a £12.38m BAME investment fund that will support creative enterprises and entrepreneurs through this crisis and delegate management of this fund to those with a track record of accessing and supporting BAME talent. The £12.38m figure for the BAME fund is the same as the annual ACE grant to ENO. It is not about a tradeoff between ENO and a BAME fund - this would be a distraction. The number focuses attention on what we genuinely value; and the extent to which black lives really matter to decision makers in our sector.

Our government delegates arts funding to the Arts Council, and the Arts Council now needs to delegate down another level again. It has done so before. If managed in the right way, this will be an equitable way to support diverse creative businesses out of the current crisis and stimulate the more inclusive sector we all want to see. If successful, we can create the heritage of tomorrow, owned and valued equally by us all and housed more in cyber space than in crumbling buildings.

Genuine diversity should not just be an aspirational hope. It needs to be a practical ambition, underpinned by tangible action. We know what we need to do. And, if crises are opportunities for change, we now have a once in a generation opportunity to act.

Kevin Osborne is founder of MeWe360, a social enterprise that promotes a more equitable and representative sector and supports BAME entrepreneurial talent to reach its full potential.