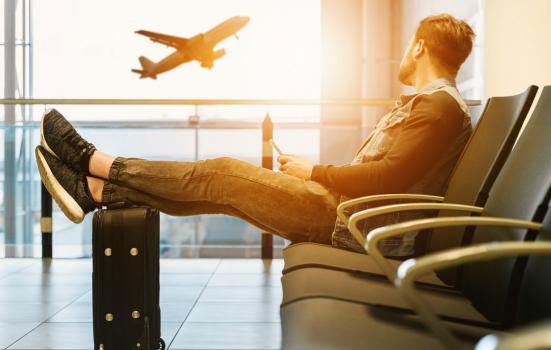 When asked about airline loyalty programmes, many people will think first of frequent-flyer schemes such as British Airways’ Air Miles (rebranded as Avios in 2011). The idea is simple – the more you travel with British Airways (BA), the bigger the reward. There are many equivalents around the world including AAdvantage by American Airlines, Miles & More by Lufthansa and Skywards by Emirates.

But what makes these programmes effective at increasing loyalty?

First, these programmes exploit a key principle in behavioural economics called ‘loss aversion’. Members have to maintain their flying frequency to maintain their status every year. Otherwise, they drop a level and lose the benefits it’s been so easy to get used to.

For frequent or even occasional flyers, these benefits are difficult to part with: lounge access (which is differentiated from business to first class, and for BA to the Concorde Room, which is by invitation only), the likelihood of getting a free upgrade, dedicated customer service, special offers and more. Daniel Kahneman, psychologist and Nobel Prize-winner in economic sciences, summarised the principle of loss aversion as “losses loom larger than gains”.

Some arts organisations apply the same principle with membership. At Glyndebourne’s summer festival, access to the best tickets depends absolutely on being a member. There is a waiting list to join and the number of members is limited. This is a great use of the scarcity principle, covered in a recent article.

So, in order to be able to buy tickets, members need to keep renewing. If not, they will end up at the back of the queue. Another example of loss aversion applied to the arts is subscribers needing to renew their subscription every year to retain their favourite seats. However, this kind of subscription is increasingly falling out of favour around the world. The challenge is finding ways to replace it.

A second feature of many airline loyalty programmes is the ability to earn points (previously Air Miles) and exchange them for rewards. Points are worth free flights, discounts on hotel stays, car rentals and holiday packages, in the same way that shopping at Costa Coffee or Boots earns you points that are worth a free coffee or purchase. Such schemes are hugely popular. According to 2018 figures, some 13 million women have used their Boots card recently – 40% of all women in the UK.

The key to the success of these schemes is the issuer’s ability to control how points are collected and spent, effectively creating an alternative currency. The exchange rate varies. For example, a reward flight around New Year’s Eve costs more points than the same flight in November. Sports clubs, such as Chelsea FC, use a similar approach to drive demand for less popular games by making them worth more loyalty points.

Airlines also control the inventory they make available through loyalty points. You may have built up thousands of points to fly to Australia, only to find that reward flights to Australia are as rare as hen’s teeth. This is unless you have status of course – more loyal members are offered more choice and also accrue points at a higher rate.

In the context of an arts organisation, risky or challenging performances could be worth greater rewards. Loyalty points could be donated to provide free tickets for children or used to get a seat upgrade on a special anniversary. In fact, seat upgrades are a key revenue management tactic for airlines. They hold some availability of high-priced inventory so they can upgrade members and create a highly sought-after reward for loyalty, while at the same time releasing lower-priced inventory into the market.

The key learning, if our sector is to really make a difference on loyalty, is to think more creatively, beyond simply offering discounts to reduce prices. We need to think more about the wider benefits that customers value.

Loyal customers are great ambassadors and they are more likely to take risks and experiment with the programme, enabling organisations to pursue ambitious artistic objectives. Building loyalty is too valuable an opportunity to let it fly by.