Paying a wage to live on 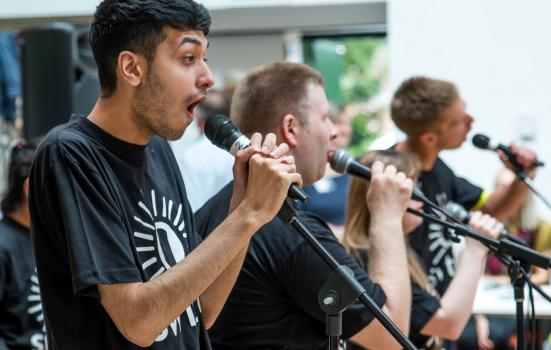 Last week (5 to 11 November) was Living Wage Week, and the Living Wage Foundation published Low Pay in the Charity Sector. The report found that over a quarter of charity workers are paid below the living wage and are more likely to be low-paid than if they worked in other sectors.

Although we might not expect those working in charities to be making a mint, employees need to be paid a wage they can live on. Given their socially responsible objectives, charities should be leading the way on this issue. And many are, but the report shows that low pay is becoming more common, and is more likely to affect young people, women, ethnic minorities and part-time or temporary employees – some of whom make up significant parts of the charity workforce.

90% of living wage charities report clear benefits, ranging from retention to reputation, as well as increasing motivation among staff

While the report doesn’t specifically mention the arts and cultural sector, its workforce is demographically similar, and many arts charities will be represented in this data. AP’s 2015 Salary Survey revealed similar levels of pay disparity by gender and age, the Creative Industries Federation reports 73% of the performing arts workforce earn less than £20,000 a year, and the Institute for Fiscal Studies recently found that, ten years on, graduates of creative arts subjects don’t earn any more than those without a degree.

The Living Wage Foundation’s new pay rates for 2017/18 are £8.75 across the UK and £10.20 in London. These are independently calculated every year to meet the real costs of living. Confusingly, the Government introduced a National Living Wage in 2016 of £7.50 per hour, but it is based on average earnings rather than the actual cost of living. It doesn’t factor in a higher weighting for London, and it only applies to those over the age of 25. So, employees aged 24 or under can still be paid the lower National Minimum Wage rates.

As the Young Women’s Trust has reported, this means under-25s could be losing out on £6,300 a year. This is especially regressive policy-making at a time when young people face a dangerous mix of high rents, record tuition fees, wage stagnation, zero-hours contracts and ‘gig-economy’ jobs.

The arts and creative sectors – from university courses right through to CEO and board level – have a well-documented diversity problem. A recent DCMS report starkly revealed that 92% of the creative industries workforce is from “more advantaged groups” compared with 67% on average across other sectors.

The negative impact of unpaid internships on social mobility and access to competitive sectors are well known by now, and it’s good that a bill is finally going through the House of Lords proposing a ban on exploitative unpaid work experience. However, low pay is also a major barrier to those from less advantaged backgrounds.

Organisations often argue they simply can’t afford to pay the living wage, even if they aspire to – and that creating low or no pay opportunities is better than creating none. While this may be a blunt reality for some, we should be under no illusions that this does anything other than exacerbate the sector’s lack of diversity.

At Youth Music we invest in music-making projects for children and young people experiencing challenging circumstances. We want every young person to have the right support and progression opportunities to fulfil their potential, whether they aspire to work behind the scenes or perform on stage.

If the music industry limits itself to a narrow pool of talent, it will miss out on some of our best musicians and even entire genres. Yet many organisations in the creative industries don’t seem to apply this same logic to their workforce.

Paying the living wage is not only the right thing to do – it makes business sense. 90% of living wage charities report clear benefits, ranging from retention to reputation, as well as increasing motivation among staff. We’ve definitely experienced this. Since implementing our new London Living Wage internship programme we’ve hired some talented people who have brought new skills, experiences and perspectives to the organisation.

Arts and cultural organisations can join a growing movement of over 3,500 accredited living wage employers. This means making a public commitment – over time, if necessary – to pay the real living wage to staff, freelancers and contract workers, including those in cleaning, security or hospitality.

But crucially, to tackle low pay across the charity and arts sectors, we need to engage with the funders and ensure they show leadership on this issue. Living Wage Friendly Funders support applicants to pay at least the living wage for all posts they fund. It also encourages the organisations to become full living wage accredited employers.

Youth Music was the first Living Wage Friendly Funder in the arts and cultural sector, and last week the Paul Hamlyn Foundation announced it would follow suit – we hope many more will join us. The accreditation process is important, as not only does it help to build a powerful movement but it creates a vital knock-on effect in typically low-paid industries.

By working together, funders and accredited employers will create a chain of change to help the lowest paid in society and widen access to a sector that so badly needs it. There is a lot of talk about diversity in the arts but not enough action, so this is an opportunity to do something practical to change that 92% DCMS figure and end low pay.

Paying a wage to live on