Institutions must show leadership on freedom of expression

It’s often easier to steer clear of challenging issues – but we will all lose out if we censor material we find difficult, argues Julia Farrington. 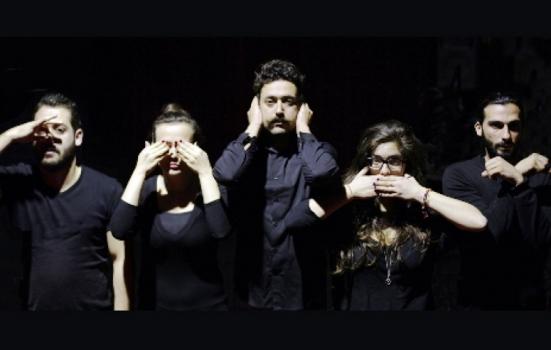 ArtsProfessional’s Freedom of Expression survey shows that a majority of respondents experience significant barriers to expressing their opinion on issues affecting the arts. Self-censorship comes into play to avoid undesirable, frightening, painful consequences such as losing funding, being labelled (troublemaker, transphobic, racist, homophobic), damaging career prospects, of offending, of being bullied, of reputational damage.

Both individuals and organisations can censor themselves. But I believe it is the responsibility of major arts organisations to take the lead in confronting the pervasive, institutionalised self-censorship which ultimately stifles the creativity of artists and all those working in the sector.

Creating space for difficult expression is complex and can be painful. Free speech includes speech that shocks, offends, and provokes, and its boundaries are by necessity tested through disagreement. Where everyone agrees, freedom of expression is not at issue. What’s more, the factors that protect or constrain speech are in a state of flux. As Michael Scammell, Editor of the first edition of Index on Censorship magazine said: “Freedom of expression is not self-perpetuating. It has to be maintained by the constant vigilance of those that care about it.”

The arts bring particular conditions that don’t make the task any easier. The rhetoric around inclusivity, the internet, and social media means a greater diversity of voices than ever are rightly demanding to be heard. With this come restrictions on speech arising both from those who would implement regulations and those who develop hate speech to silence and intimidate others. And all this in a space that demonstrably lacks the resources, capacity and in some cases, inclination to open up to emotionally and politically charged expression. And it takes up time, which is at a premium in a sector that is crazily over-worked. It’s therefore quicker, easier and cheaper to avoid conflict, suppress overly divisive speech, and steer clear of challenging subject matter. But this is a short-sighted response and that fosters risk aversion, frustration and polarisation of opinion. Without freedom of expression the arts atrophy, creating no-go areas, privileging those who silence others over those with challenging, uncomfortable and inconvenient narratives.

Leadership is vitally important; those with influence and resources in the sector have a responsibility to create space for social and political debate and to address the underlying social injustices at play within the sector itself – lack of diversity in leadership, and disparity of opportunity and access – which in turn fuel protest and frustration. If the lead players don’t challenge risk aversion, avoid confronting the most fraught and charged issues, it makes it even more difficult for smaller organisations and individuals.

We also have a collective responsibility. It is unacceptable that the arts in this country continues to be an uneven playing field: freedom of expression without equality is a privilege not a right. But the opposite is also true: equality without freedom of expression is oppressive. As rights-based movements are campaigning hard for equal access to the playing field and in the process are calling for other voices to be silenced, a problematic tension between freedom of expression and equality arises. Given the complexity of these tensions and amid concerns that freedom of expression has been co-opted by the far right, or by one ‘extremist’ group or another, or destroyed by ‘cancel culture’, the fundamental value of free speech is called into question.

Index on Censorship’s (IoC) concern is that “if the principle of free speech is abandoned, those who already face oppression are hurt most: including people of colour, religious and ethnic minorities, and those who campaign on sex and gender issues”. In response we have started a new mentoring programme, Free Speech is for Me, which acknowledges that for many the free speech ‘brand’ has become toxic and invites participants to grapple with the complexities of free speech, reaffirming the importance of freedom of expression as a foundational right on which other rights depend.

Civil society organisations have an important role to play in bringing much needed additional capacity and resources to this complex and often fraught landscape. IoC has developed an Arts Censorship Support Service that offers training, consultancy and assistance to those in the sector taking on sensitive issues. We also have a growing library of case studies aiming to understand the mechanics of censorship of artistic expression in order to better resist it, and how to prepare for and effectively manage controversy when a divisive response to work from the problem is anticipated.

Work to be done within organisations

But there is work to be done internally too. A significant revelation from the survey was that the majority of respondents felt the pressure to self-censor came from colleagues, with funders next, and social media third. Open dialogue across ideological divides within organisations is central to developing institutional capacity to handle the dilemmas associated with freedom of expression and builds confidence to respond to external pressures. Invaluable work has been done by civil society organisations to build resilience around freedom of expression, in the media and for human rights defenders, particularly in areas of online expression and responding to hate speech in other contexts. This practical support and guidance can be applied to those working in the arts and through our support service we aim to build a bridge for arts organisations to access these resources.

This collaboration between the arts and civil society comes at a time when state-sponsored safeguarding measures manifestly privilege security over freedom in the time-honoured struggle between the two. Both the Prevent Duty and the proposed Online Harms Bill are examples of an approach that brands whole communities as dangerous. The concern of IoC and other civil liberty and human rights organisations is that legislation like this will further foster suspicion and intensify discrimination against certain communities and outlaw an increasing range of dissenting voices. In turn, this is likely to lead to greater risk aversion (another name for self-censorship) on the part of cultural gatekeepers, and chill artistic expression. Against this backdrop, it is more important than ever that the sector finds time and space to reconnect to the foundational value of freedom of expression, so that the arts can remain a robust and independent space for creative and imaginative work that responds to the most urgent issues of the day.

Index on Censorship would like to hear from arts organisations facing issues relating to freedom of expression. Contact info@indexoncensorship.org

Institutions must show leadership on freedom of expression