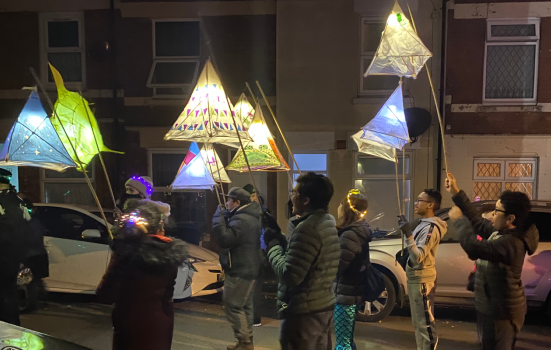 In the midst of the pandemic Tarek Iskander, the artistic director for Battersea Arts Centre, called for a reimagining of publicly funded culture as a National Arts Service based on a public health model that offers universal access to the arts. Building on Tarek’s vision I want to explore how culture can be transformed from an offer to a universal service.

Greater Manchester and Coventry, which is this year’s UK City of Culture, are both Marmot Cities. This means that their people strategies and delivery of public health services embrace Michael Marmot’s research showing that inequalities in health outcomes are closely linked to other multiple and intersecting inequalities including ethnicity, levels of deprivation, education and access to social capital. Marmot Cities are committed to holistically tackling multiple inequalities as a means to improve health outcomes for all.

These inequalities include access and opportunities to engage with publicly funded culture. It may be that with commitment the challenge of cultural inequalities can be addressed more immediately than those of deprivation, health and education. And in doing so publicly funded culture can make a difference to other intersecting social injustices and be a catalyst for progressive change. In order to do so, public investment in culture needs to be led by people’s needs.

Culture as a service, that serves

The Marmot agenda is based on the key principle of ‘proportionate universalism’; that the resourcing and delivering of universal services like health, should be at a scale and intensity proportionate to the degree of need. They should be universally available, not only for the most disadvantaged, and able to respond to the level of presenting need.

Simply put this means that improving the opportunities for all including those who benefit least from public investments in the arts and culture does not mean dis-investing in those who benefit most from these investments. But it does mean moving to a needs-based, rather than audience based, investment model. To culture as a service, that serves.

In this context, I take publicly invested culture to mean those artforms, artists, institutions, organisations and audiences that receive public money raised through taxes and lottery tickets that we all pay into in one way or another. It is only one segment of the universe of culture, but it is publicly funded. It is a public service. It can be considered as Public Culture in the same way we have Public Health, Public Education and so on.

A public culture that serves will need to reimagine its many ‘publics’. Commercial audience segmentation tools commonly used to market publicly supported venues and products tend to hierarchise and target the public into those who participate regularly in public culture and those who have ‘low levels’ of participation.

A needs-based public culture will begin with a deep and collective understanding of places and their people and how the inequalities of health, deprivation and ethnic identities are compounded by a lack of access and opportunity to benefit from culture as a public service. It will move towards local cultural ecosystems planning together how best to serve the needs of their people, rather than the competing needs of established venues and their audiences.

It will mean creating local opportunities for public culture that include and express the lives of all citizens wherever they are. A needs-based approach from a Marmot perspective will also put a responsibility on public culture to support and collectively plan with other public services like health and education in a holistic place-based approach to tackling inequalities.

There will be difficult tensions to navigate in achieving this reimagining of public culture. A perceived tension, for instance, between artistic integrity and autonomy and public culture supporting non-cultural outcomes. Will there be a sacrifice of quality if art serves the lived needs of a place rather than its traditional audience base? But there is a long and proud tradition of socially committed artists and cultural activists restless for change and committed to social justice. Just because art is led by and contributes to the ‘common good’, does not necessarily mean it loses its aesthetic value.

A second tension is to maintain the highest quality of work when it is based in communities rather than in venues and when it is co-created with citizens rather than offered solely by professional artists who are publicly funded. A third is for building based cultural organisations who must balance the financial necessities of attracting audiences with producing meaningful work in communities and neighbourhoods that is not just ‘outreach’ or ‘community work’.

Despite these tensions, a public culture service will expand the labour market and influence for artists and cultural organisations as local authorities, health and other services begin to understand the transformative power of engaging with the arts to ‘level-up’ in places as well as between places. There will be new potential sources of non-cultural funding available to support this work.  Arguments to Treasury to increase funding for public culture will be strengthened by a needs-based approach, supported by a ‘proportionate universalism’ investment model, that provides choices to the many rather than the few, who currently benefit the most from public investments in culture.

The freedom of arts and culture are core to a healthy democracy, let’s make them public!

Jonothan Neelands is Academic Director for Cultural Partnerships at the University of Warwick, and Academic Lead for Research and Evaluation at Coventry UK City of Culture 2021.

In response to Jonathan Needlan's article about needs based culture offers I have this response. I whole heartedly agree that culture should respond to the need of the communities where it is based. It is already a requirement for applications to The Lottery and also from trusts that the applicant demonstrates a need for the activity proposed. I think part of the responsibility for this response should also be put on other public services. We are an aerial theatre company based in Archway, London and we have numerous times tried, with very limited success, to engage with local secondary schools and also local CAMHS bodies to direct their young people to the free activities we offer. I really feel that the responsibility to work together across public services should be shared, so that is doesn't become yet another added workload to us already overstretched small community based organisations.
You could also imagine situations where a local GP or NHS service prescribed a local cultural offer to a person as means of improving their well being, both physical and mental. I think it is already in use in some form or the other.