A recent report highlighted the barriers facing young people entering the sector – but there’s no need to give up on your dreams, says Tor Evans. 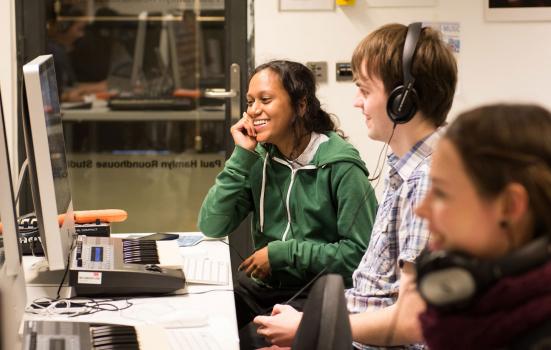 This summer, the Roundhouse and Partnership for Young London released a report exploring the barriers facing young people wanting to work in the creative industries. These ranged from a lack of creative education to few visible role models and difficulties in the workplace.

One of the issues lots of young people told us about was a lack of careers advice about routes into the sector. Parents, carers and guardians often steer them away from creative paths. For many people whose ‘plan A’ is a creative career, this later turns into ‘plan B’. They go to university and study for a degree, often unrelated to their real passion. One person told us:

And another said: “Degrees are a safety net for what you’re telling your parents, the grownups in your world. I’ll do a degree so they feel okay with letting me do a creative job.”

It’s true that our sector has a high number of graduates compared to other parts of the economy. Nearly 60% of the creative industries workforce has a degree or equivalent qualification, compared to a third of the entire UK workforce. And of course there are some roles where you’ll benefit from, or even require, a degree. But with university costs soaring, studying for years is not a viable option for many people in any case. And generally speaking, there are other ways into entry level roles.

Here are some other routes you can take follow your ‘plan A’:

Apprenticeships are often associated with other sectors such as construction, but the creative industries are increasingly recognising their value and offering valuable placements. As one young person interviewed for the report said:

“I think there’s quite a few cool ones out right now. I think I spied a few that I wouldn’t have minded, like an entry level [role] in a theatre. But I’ve got a degree now, so it’s a bit going backwards.”

The Government recently launched new film and TV apprenticeships to help under-represented groups into the sector. And there are lots of other opportunities with theatres and arts organisations including Ambassador Theatre Group, the National Theatre and the Royal Opera House. At the Roundhouse, we run two apprenticeships every year with Sadler’s Wells.

Comments such as “you’re expected to do lots of unpaid internships – people just expect you to starve” and “they don’t pay you at first because you don’t have experience”, were all too common among the young people we spoke to.

We’re calling on the industry to ban unpaid internships – one of the biggest barriers experienced by the young people who took part in our research. But when internships are paid, they can be an invaluable step into the industry, providing insight, experience and contacts.

In 2009, Universal Music UK became the the first major music company to introduce a paid internship scheme. Over the past 10 years, they’ve seen hundreds of people from different backgrounds enter their business while being paid the London Living Wage. As well as levelling the playing field, this has significantly enlarged the talent pool they recruit from and increased the diversity of their teams.

Young people are increasingly moving towards ‘portfolio careers’, meaning a three or four year university degree on the same subject isn’t always appealing. Thankfully, a host of organisations offer more informal training and learning opportunities, allowing you to build up skills from a variety of sources. Many are cheap to access, and there are often bursaries available. An additional benefit is that attending different events, courses and venues really helps to build your contacts book.

A good place to start could be the Roundhouse’s new Self-Made Series. These events aim to equip people with useful skills they might not learn through university or school – from creating a brand to maintaining cash flow.

Many young people are jumping straight in and starting their own creative enterprises, joining the 450,000 16 to 24 year olds in the UK running small businesses. Great ideas and incredible drive can get you far. There are also some great incubators, funding opportunities and co-working initiatives that support young entrepreneurs, such as this scheme from the Prince’s Trust.

5. Learning on the job

There are many opportunities to work in entry level positions at theatres, performance venues and other organisations. Doing this will give you an understanding of a place’s culture and an insight into roles and responsibilities. Plus, you’re earning money that can support learning or your own business. 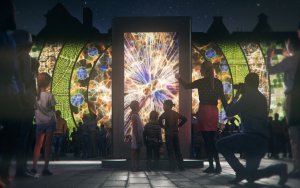