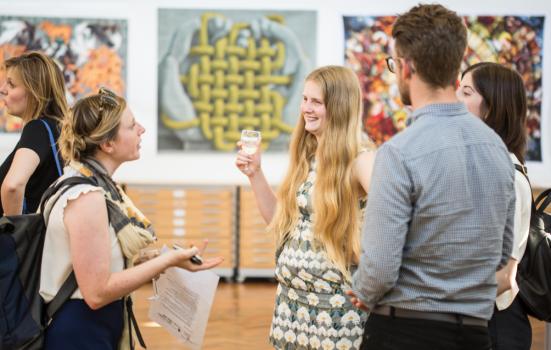 The Beacon Collaborative recently concluded research, conducted with Savanta and funded by Arts Council England, into the attitudes to giving amongst millennial wealth earners, showing they need more support from charitable organisations to unleash their generosity.

The principal focus of the wealthy young donors surveyed is on well-known medical and children’s charities. There are no surprises here; the CAF UK giving report has always put arts and culture within the bottom priorities for charitable giving. However, it does mean that arts and culture organisations need to work even harder to connect with these major donors of the future. Young professionals in their 20s and 30s are just waiting for organisations to capture their imagination.

Is my money needed?

When they think of giving to the arts, wealthy young earners generally call to mind the mega-gifts of major philanthropists or celebrity A-listers. They don’t feel their modest resources will cut it in a sector that they perceive is already well supported. They also believe that ticket-sales are the arts sector’s bread and butter. So simply by turning up as a paying audience member, they believe that they are doing their bit.

Additionally, the research highlights that young wealthy professionals are deeply generous and empathetic, but they also lead extremely busy lives.  What they do not have is time to do extensive due diligence and so rely on organisations that they think they can trust: donating to names they have heard of, supporting friends’ causes, or giving locally where they can see the impact of their donation.  Arts and culture organisations can counter this by providing easy to understand financial information that helps build trust.

Community is where the heart is

What captures their attention are causes that strike close to home. They like the idea of funding organisations in their community.
They also identify with charities that address issues they have experienced or witness in their daily lives. Giving to these kinds of organisations makes them feel that they are having an impact, even if the donations are relatively modest to begin with. Arts and culture organisations can strike a chord with these donors if they emphasise their local outreach. When asked if they would donate to a programme to support disadvantaged or disabled kids in a gallery, the answer was a resounding ‘yes’.

Arts and culture organisations also need to get creative about communicating and connecting. Busy young people don’t have the time or inclination to search for organisations. An organisation’s work needs to resonate with them instantly. It needs to speak their language and offer simple and quick ways to donate.

However, this does not mean they are not thoughtful givers. They want to understand where their money is going – to real people who urgently need the support.  There is a sense of “I’m lucky to be in my position and so I want to help someone else who is not so lucky”. Offering direct examples of how the amount of money they give will have a direct impact on a named individual, helps them to put impact quickly into context.

Showing how funding is used across distinct activities and funding areas is also effective. For arts and culture organisations, this can help to show how community outreach is central to the organisation’s mission, playing equally alongside creative output. It can also demonstrate how earned revenue is only part of the funding whole.

The emotional hurdle of the first £1,000

There is great potential for these young wealth creators to give over their lifetime and so starting relationships now is crucial to being positioned right for the time they become major donors.

Beacon research has shown that the first £1,000 donation is one of the biggest emotional hurdles to becoming a major donor.  One of the main reasons for this is that there is no peer group to talk with, so there is no way to make giving larger amounts feel ‘normal’. Wealthy young professionals also often have the added financial pressure of supporting young families and elderly parents. Without support and encouragement, their potential to emerge as major donors remains untapped.

Arts organisations can help to overcome this by using the arts and culture activities of the organisation to create donor events where they can find confidence in being part of a peer group. Family based activities with a community focus are likely to be particularly effective, as these offer a club environment that is sociable, community-based and enables family enjoyment and appreciation of the arts and culture.

Michelle Wright, Programme Director at Arts Fundraising & Philanthropy, says: “This research from Beacon shows the need for arts organisations to be highly focussed when communicating with younger potential donors. We need to think small scale and local and to be able to solve immediate needs with direct and functional requests. The potential impact of a donation will be both personal and emotional, and probably not political. There is much to be done in creating peer networks and developing programmes of giving together, where events and volunteering can help the organisation’s ambition speak for itself.”

There are many other recommendations in Beacon’s work, including both quick wins and some longer-term investments that will pay off for organisations prepared to get to know this emerging donor group.

We might think we know these young wealth generators, but the research highlights that we have barely scratched the surface. If we want to build lifetime relationships with these funders of the future, we need to invest time and effort to help them fit giving into their lives now.

This article from the Beacon Collaborative is part of a series on the theme Fundraising for the Future, contributed by Arts Fundraising & Philanthropy.