E-marketing in the time of GDPR

Charlie Morley unpicks how the legislation introduced to protect customer data has had unintended consequences for staying in touch with audiences. 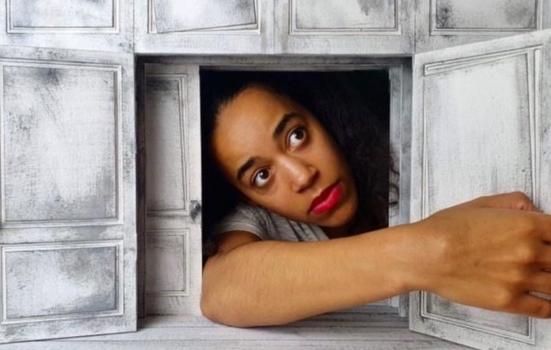 When did ‘mailing list’ become a dirty word? More than ten years ago, when I started at Oxford’s Creation Theatre, people opted-in to our email list with a view to saving the planet. If we didn’t print and post flyers but instead informed our patrons of the latest shows by email, think of the trees we’d save.

Over the same period, our bookings have shifted from 90% being made over the phone a decade ago to 90% currently booked online. We reached a point where it felt as if the brave new world was just around the corner – a world in which we’d communicate only with the people who were interested in our product. Minimum input and maximum return.

And yet today, with a database of over 50,000 customers, fewer than 8,000 have opted in to receive our emails. What’s gone wrong?

Growing wariness about use of data

At Creation Theatre, we’ve always handled personal data well. We only sent messages to people who’d signed up to receive them, and only ones we believed were relevant to their interests. That was true even in pre-GDPR days (the General Data Protection Regulation Act 2018).

But the number of customers who opt in to hear from us has declined sharply, in parallel with a growing awareness that so often in the online world personal data are what’s being sold.

The irony is that when potential bookers don’t join our email lists, the next place we go to inform them about upcoming shows is via social media companies, arguably the architects of the great data giveaway. We direct our budgets to campaigns aimed at reaching ‘lookalikes’ and ‘interests’ based on data that people probably don’t know is being harvested about them.

There was a time when the sign-up box was couched in tricksy double negatives, hidden at the bottom of the form or ticked by default. Coupled with the highly publicised introduction of GDPR, this made audiences wary of sharing email addresses allowing us to contact them directly.

It’s a fairly common occurrence to be rebuked by an audience member. They didn’t know what we had coming up, we should have told them about it. They react in disbelief when I check their customer record and inform them that they opted not to receive emails from us.

When has any of us ever revisited our contact preferences with any company in a positive direction? It’s perhaps understandable that someone dipping their toe in and booking their first show doesn’t want to tick the box yet, but they rarely revise that decision.

Three shows later, they’ve joined the membership scheme and made a couple of donations, and still, they don’t tick that magic box that enables us, legally, to communicate with them. Unless it’s a service level communication, our hands are tied.

This issue is currently hitting particularly hard as audiences for our digital shows are becoming more disparate and more international. Previously, if we wanted you to book for a show in Oxford, you might see an advert on a bus, or a poster in a café. But we can’t leaflet cafes from Berlin to Boston to promote our online work.

Over the last two years we’ve sold tickets in 45 countries; fewer than 50% of those bookers have opted in for e-marketing.

As a relatively small producing company, and a charity, we have to pay close attention to how we allocate our resources. Targeted, relevant e-marketing is much more cost effective than social media ad spend but we’re seeing more of each marketing budget heading off to Meta and Twitter, despite our best efforts to encourage people to sign up.

This has a knock-on effect on our ability to diversify audiences. The more time and money we spend on getting through to people who already know about us via increasingly circuitous routes, the less resource is left to tell new audiences about what we do and why it’s for them.

We’ve started being more open with our audiences about why joining our email list works for us and them. We now use fewer of the ‘sign up for special offers and behind the scenes news’ type mailings and more of the ‘let us tell you about future shows directly, saving money we can invest in spend those shows’.

Being transparent about the alternatives gives people more influence over how we allocate our resources. After all, how much do you value one fewer email a week?

E-marketing in the time of GDPR