How the Fringe is forcing out working class voices

Edinburgh Fringe is full of people making obscene amounts of money on the backs of artists who are bringing everyone to the city in the first place, says Kevin P. Gilday. It’s an inequality that is undermining the lofty ideals on which the fringe was formed. 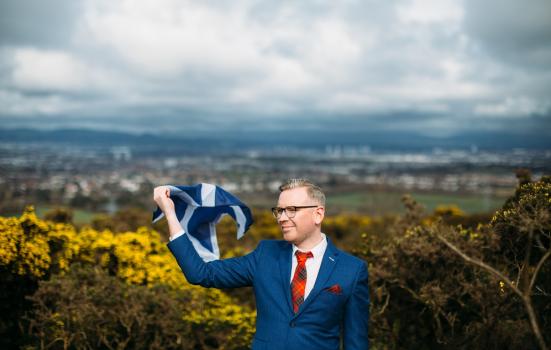 For many performers it’s the holy grail. A run at the Edinburgh Fringe can take your career to the next level – that perfect alchemy of five star reviews, packed audiences and critical acclaim is manna for the emerging artist. Of course, the reality is starkly different. Long hours, dwindling audiences and a saturated market ensure that most acts have a markedly different experience.

But despite the unpredictable nature of the Fringe it’s a rite of passage for many artists and remains the shop window for theatre and comedy in the UK. Some artists make their career without ever setting foot in the city but for the rest of us it remains the proving ground for the performing arts.

Who can work unpaid for 17 weeks at a time? The answer is people who already have money.

Whether the Fringe is financially accessible for artists is a different question altogether. I’m going to attempt to answer it with reference to a very specific case study, the show I performed at this year’s festival – Suffering from Scottishness. First of all, let me say that everyone will have their own unique experience. Things will vary from venue to venue, from show to show, and I don’t intend to speak for everyone. But I feel like it’s a pretty typical representation of how things work at the Fringe.

I had a pretty good run all things considered. I walked away feeling quite proud of the number of people who bought tickets, their feedback and the press reviews. I knew how much I’d made (thanks to my obsessive checking of ticket sales) and knew how much of that the venue would be taking (40% of the box office, pretty standard). I knew roughly how much some of the other costs would be too, but seeing them laid out in black and white was startling.

I sold £6028 worth of tickets but got paid £1658.93. That’s 28% of the box office. After the venue has taken its cut there are a bunch of other outgoings – registrations, brochures, box office fees, tech fees, etc. And 20% VAT is added to all their original quotes.

I know you might be thinking that over a grand and a half in profit must be considered a success. And it definitely looks that way, but the show cost me £2912 to make and bring to the Fringe. That’s a £1253.07 loss on a show that made over £6k if you’re keeping score.

Note that I stayed in Glasgow and travelled to the venue rather than paying for a wildly inflated Fringe flat – I was really lucky to have the choice to do that. I also received in-kind marketing support from Assembly rather than paying a PR agency. This was all without paying a director (I exchanged in-kind work), an assistant director (on a placement from Royal Conservatoire of Scotland), a lighting or set designer (we just muddled through ourselves) and receiving in-kind support in the form of rehearsal spaces from some beautiful institutions (thank you National Theatre of Scotland, Summerhall and Govanhill Baths). Basically, my outgoings could easily have doubled had I not been in the position I was.

And this really only takes into account the Fringe as a stand-alone run of performances. The show actually took at least 17 weeks (estimated conservatively) of my unpaid work to create. Is there another job in the world where you work 17 weeks unpaid only to lose over a grand?

So, who can afford to perform at the Fringe regularly? Who can absorb a grand loss every year? Who can work unpaid for 17 weeks at a time? The answer is people who already have money. People who have the financial resources to take that hit year-in and year-out while they build a profile, while they experiment, while they get better at their job. Not me, and not any of my fellow working class artists – that’s for sure.

It’s humbling to think of all the great voices we could be hearing from that we never will, because they’re priced out of being a part of the biggest arts festival in the world. Specifically, Scottish artists who have this great festival on their doorstep but can’t get in while those with money arrive from around the world. We’re at risk of having a homogenised Fringe, where people speak with different languages but all have the same background of privilege. The unchecked growth and greed of the Fringe is making it unsustainable and inaccessible to artists who don’t come from money.

I don’t know what the solution to this is (outside of the dismantling of capitalism). But I do know that the Fringe is full of people (venues, marketing companies, hotels, landlords, bars, restaurants) all making obscene amounts of money on the backs of artists who are bringing everyone to the city in the first place. It’s an inequality that is draining credibility and warmth from the lofty ideals on which the Fringe was formed, and will eventually lead to a festival devoid of working class voices and stories.

Kevin P. Gilday is a writer and performer.
www.kevinpgilday.com
@kevinpgilday