‘We raise each other up’: supporting a new generation of writers

New Writing North is helping young people in some of the region's most socio-economically disadvantaged areas express themselves through creative writing. Laura Fraine explains how a new generation is finding its voice. 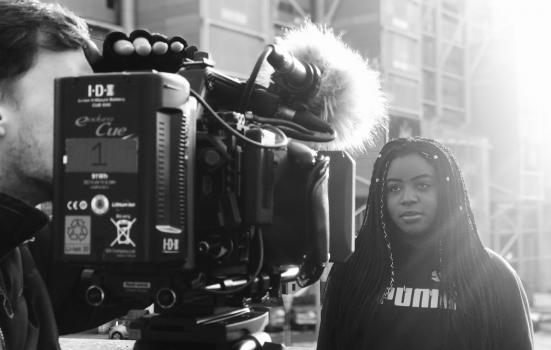 New Writing North established a large out-of-school programme in 2012, running young writers’ groups every Saturday in six towns and cities across the North East. Our work for young people has always been free to take part in, drop-in, close to bus links and open access. But our open access programme didn’t appeal to all the promising young writers in the city. We were aware that it still took a certain level of cultural confidence for young people to choose to spend their Saturday mornings at a creative writing group.

So in 2014 we set up a new kind of project – Young Writers’ City – which has seen us working intensively over the long-term in specific schools and their neighbouring communities. The project found its home at Excelsior Academy in Newcastle and has since begun in three secondary schools and two primaries in Sunderland and Gateshead.

What makes Young Writers’ City different from our other projects is in part to do with its scale and the amount of resource – both time and money – that we put into it.

Project producer Emily Wiseman has been based at Excelsior Academy three days a week for the past four years. There, we bring in a host of writers and artists to take over one English lesson a week for every child in Years 7 and 8, as well as offering numerous lunchtime and after-school clubs for those who find a talent or interest. Our message is that ‘we are here and this is for you’.

Being embedded in the school has the effect of any long-term relationship – recognition, familiarity, and ultimately trust. There aren’t any short cuts.

Participants are in charge not just of the words they write, but also the strategic direction a project might take. This September, sixteen young people appeared on stage at Sage Gateshead in Stitched: A Hip-Hopera, a musical theatre production addressing gangs, knife crime, poverty and community, co-created by several hundred participants of the programme working alongside professional artists. Over two years, young people fed their writing, ideas, worries and creativity into work that was then shaped for the stage by writer and director Laura Lindow.

One of the play’s key songs, Home Safe, was written and performed by Milan. He said: “Emily came to me and said ‘Oh Milan, can you write me a song?’ When an adult comes to you and says can you do something for me, you feel trusted; you don’t feel like a kid.  It inspires you and you want to do more, and other younger people can see that and feel just as inspired.”

It’s not that difficult to identify early talent; nurturing it is the hard part. Everyone working on our programme tries very hard to recognise that we’re all individuals with different needs, challenges and drivers. The long-term relationships we build through Young Writers’ City help us to identify these needs, but it’s the inherent flexibility of the programme that allows us to address them in a way that schools often cannot.

The newly-released Ken Loach film ‘Sorry We Missed You’ stars Rhys, a participant of Young Writers’ City from 2015-2018, in one of its lead roles. Rhys has no formal training, but shone in our workshops. Through a series of interventions – from arranging for the production company to come into school and accompanying him to a series of auditions, to ordering him a passport to go to Cannes – we have supported him into an acting career. Now that he has left school, another of our programmes, Young Writers’ Talent Fund, provides him with one-to-one mentoring during this transitional period.

In school and out-of-school

We meet participants of Young Writers’ City at school, but it’s not where all of our work takes place. Some of our extra-curricular clubs are at lunchtime but others are in the evenings, for example our Young Songwriters’ Group, which runs in a local community centre every Wednesday. The distinction is important for many, from those who struggle with school to those who are starting to see themselves as writers and artists of the future.

Brittany, who attends the group, said: “People in our community are facing a lot of challenges – inequalities, racism, homophobia, being poor – and this project is a space where we can focus on helping each other out. Schoolwork is really high pressure, so it provides some relief from that. We work around what else is going on in our lives, then find ways to make our writing help us express ourselves, or feel more connected.”

Through creative writing, young people have been encouraged to find and use their voices, writing and performing work on a range of topics that they tell us are pertinent to them, from drug abuse to knife crime. Colour Blind was a poem written by five young women, which revealed such insight about the everyday racism they face that they have been asked to perform it everywhere from St James’s Park to Sage Gateshead. Eventually, we raised money from Virgin Money Foundation to make it into a short film, which was picked up by the BBC. Tessy, one of the writers/ performers has since been asked back on BBC Newcastle to discuss a separate issue of racism amongst under 16s.

Tessy said: “I’ve loved performing Colour Blind. I remember performing it at the Northern Academies conference and this woman had her head tilted and this very focused expression and I thought, “Ah you are listening to me, you are really listening to me.”

The trust that is built amongst peers is a significant outcome of the work. Having the confidence to express your ideas, to risk ‘standing out from the crowd’ is a pre-requisite for being able to explore the choices that may be available to you in life; if you don’t feel able to express your ambitions out loud, how are you ever going to pursue them?

‘We raise each other up’: supporting a new generation of writers