The hills are alive… with event cinema

A new model of digital distribution is giving rural communities the chance to see filmed performances of dance, opera and theatre at affordable prices. Denzil Monk explains how. 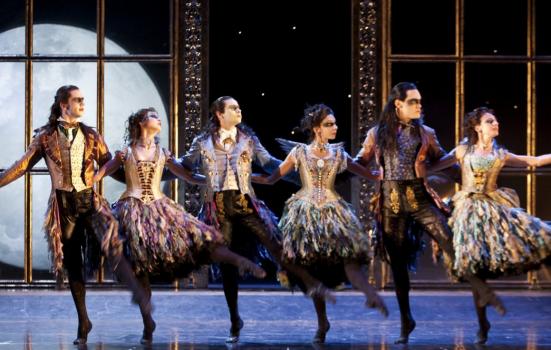 Matthew Bourne's 'Sleeping Beauty', one of the current most popular titles

The rapid rise of ‘event cinema’ has brought opportunities for audiences, cinemas and producing arts companies, and by 2019 the market is estimated to be worth $1bn globally. Many more people across the world are able to access great arts content – as long as they live close to a connected cinema.

So what does that look like in the UK? According to the British Film Institute’s (BFI) Statistical Yearbook 2017, the UK screen density was 6.4 screens per 100,000 people in 2016. But what about the 17% of the UK population living in rural areas, where the density is only 1.5 screens? In actual numbers this means just 109 screens, out of a UK total of 4,150, serving 9.4 million people. The metro-centric expectation of cultural options for a good night out has not been available to everyone.

But using digital services from a company like Cinegi Arts&Film, promoters can now choose and book a programme online, download it over standard broadband into the free player app, connect their laptop to their projector and it’s ready to play. Venues themselves don’t need broadband and any village hall, pub, club, church, library or museum, however remote, can be transformed into a cinema.

Major organisations, such as the Royal Opera House, National Theatre and the RSC, reach audiences they couldn’t otherwise, and so do smaller producing organisations like Open Clasp, which made its play ‘Key Change’ about women in prison available online.

Familiar, friendly community venues provide a perfect environment in which to encounter the intimacy of filmed performance. One audience member, after a screening of Giselle from the Royal Opera House, said: “Wasn’t sure if I’d enjoy the ballet, but in this format found it spectacular and amazing; you get a real sense of their athleticism; you move with them in a way you could not in the theatre.”

Community screenings are affordable too. The standard minimum price for a screening is £99. We ask venues to charge a minimum ticket price of £4 (£2 for concessions), but they are welcome to charge more if they wish. One venue said: “We normally charge £5 and did so on this occasion, as we felt it would be seeming to profit from the fact that opera is usually considered expensive, but it was not costing us any more to present.”

Our venues’ average ticket price is £6.21, with a median price of £5. This is comparable with the average community cinema ticket price of £5.41 while commercial cinemas charge £7.30 (BFI Statistical Yearbook 2017). Our audience sizes range from 9 to 99, with 31 being the average.

The extent to which a digital distribution service can engage new audiences in cultural content is being tested by the Cinegi Arts&Film action research project, which is supported by Arts Council England in partnership with the BFI. Insights from its audience data research will be shared at the end of project.

Understandably, some people harbour concerns about the potential negative impact if digital touring steals audiences from rural touring companies. However, From Live-To-Digital, a report carried out by AEA Consulting in 2016, found that “data reveal minimal impact on live attendance”, and where there is an impact it tends towards the positive: “Those who stream live-to-digital work are slightly more likely to attend live cultural performances more frequently than the average theatregoer.”

Ultimately, it is a false comparison. The research goes on to conclude that “audiences do not believe live-to-digital is a substitute for live theatre; they believe it is a significant and distinct experience”.

Since our digital service launched in January 2016, with screenings stretching over hill and dale, down winding muddy lanes across the UK, from the Outer Hebrides to the far west of Cornwall, the message has consistently been one of growing demand for community event cinema. With a preference for lots of choice and to be available as soon after the live release as possible.

After a screening of Macbeth at the venue Hall for Gwinear in the west of Cornwall, an elderly audience member said: “I can’t get to London and go to the Globe Theatre – you have brought the Globe to me in my village.”

The hills are alive… with event cinema