The majority of theatres do not think screenings have affected their touring, and audiences still attend live events. 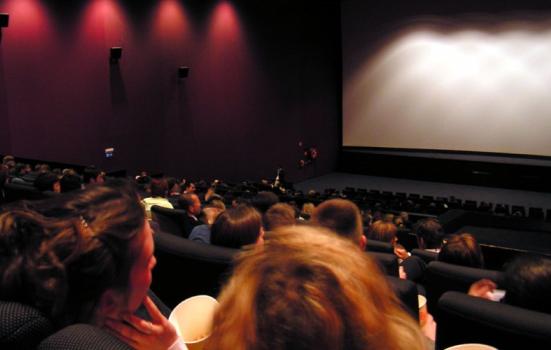 Arts organisations have nothing to fear from live screenings and streams, which signal “neither the death nor the salvation of live theatre”, a major new report claims.

It says screening and streaming had a minimal impact on live arts attendance, and audiences see ‘live-to-digital’ work as a distinct experience rather than a substitute for live theatre.

“For the majority of theatres in the sample, live to digital is not displacing attendance,” the report said.

“It is not the whole future, but it is here to stay. It may very well be an essential element of long term success for theatre organisations in England, both on and off the stage.”

It found ‘streamers’ are younger and almost 10% more diverse than audiences for live theatre or screened performances. Both streaming and screening – but particularly screening – were credited with diversifying audiences by providing a more affordable and open experience for rural and older audiences.

In addition, it finds the majority of theatre organisations “have not reported a decline in the touring market over the past two years,” and concludes that the Live-to-Digital experience “does not seem to correlate with any decline in touring”.

But the report acknowledges that 20% of arts organisations said there had been a drop in touring.

Among potential creators and exhibitors of live-to-digital work, the report found a desire to enter the market, but also barriers in the form of poor technology, a lack of funds and a low awareness of available content. 40% of organisations that had not yet entered the market pointed to a “lack of understanding” about how to do so.

In response, ACE is to support training for organisations wishing to develop and distribute digital content. It will also research the impact of live-to-digital activity on all art forms, and collaborate on research projects to build ‘cross over audiences’ for live and live-to-digital theatre.

Welcoming the findings, Julian Bird, Chief Executive of SOLT and UK Theatre, said the report will “help us roadmap how ACE, UK Theatre and SOLT can work with organisations to help ensure the sector remains vibrant and relevant in a fast-changing landscape while embracing the evolving digital technologies and continuing to celebrate live performance which is so unique to theatre’s appeal”.

Simon Mellor, Executive Director of Arts and Culture at Arts Council England, said the research clearly shows that the threat from live to digital is minimal. “We therefore look forward to working with these organisations and other parties committed to building a vibrant future theatre ecology to work to grow audiences for all aspects of contemporary theatre making, including the ‘live to digital’ experience,” he said.