A new digital distribution platform is piloting an initiative that will see filmed performances by leading cultural institutions screened in community venues including arts centres, libraries and pubs. 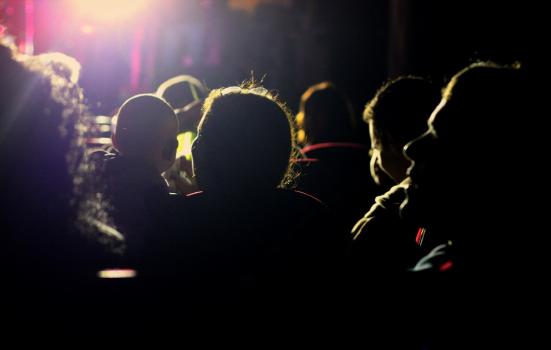 A new digital distribution service, Cinegi Arts&Film, is enabling community-based organisations to screen cultural content by browsing a catalogue of titles, selecting the material they want and booking a programme specifically for their local audience. Rather than offer a subscription service, Cinegi charges a standard minimum price per screening, with a top-up fee for events that attract larger audiences.

The system offers “better than DVD” quality but doesn’t require users to have access to either superfast broadband or specialist equipment, only a laptop, projector, sound system and projection surface.

Supported by Arts Council England, the initiative is led by Cinegi, which has been set up following a successful project involving Miracle Theatre, initially backed by the Digital R&D Fund for the Arts.

The research will examine the extent to which enabling legal public screenings of filmed media in venues such as pubs, arts centres and libraries can encourage new audiences to access arts and cultural content and establish new networks of screening venues. It will also identify the key success factors in achieving that, and how audiences are engaged by different types of content.

Cinegi CEO Mandy Berry explained: “This is a totally new way of securely delivering content as download over the public internet, making it easy for everyone wherever they are, to put on public screenings.

“We will add more content to the catalogue throughout the year and look forward to reaching audiences from Cornwall to Newcastle and discovering what they are interested in screening.”

Current titles available include Othello from the RSC, Giselle from the Royal Opera House, and Royal Court Theatre’s production of Hangmen, which was produced by National Theatre Live. The project is being launched in partnership with the BFI, and archive and documentary films from the BFI’s Britain on Film collection are also available for screening.

The Britain on Film archive has generated 22 million visits from online audiences in just over two years. BFI Digital Director Edward Humphrey said the BFI is “thrilled that even more people can now come together to enjoy these amazing films communally”.

Referring to the “massive public appetite” for screenings of work by companies like the National Theatre and the Royal Opera House around the country, Gill Johnson, Director of Creative Media at Arts Council England, said: “Cinegi aims to go one step further by bringing art on film to everyone’s doorstep, in venues of all types and sizes, wherever in the country they happen to live.”