Some performing arts producers and venues report that screenings are negatively affecting their organisations, but the big players are split on whether structured reform to the industry is necessary. 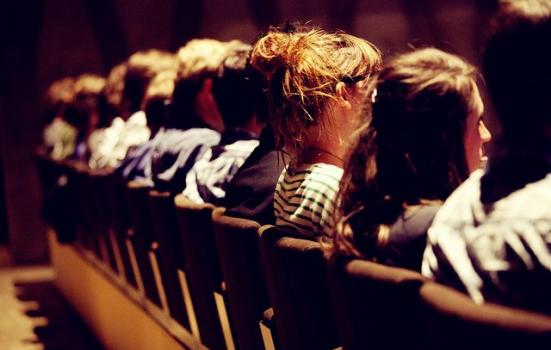 The Royal Shakespeare Company (RSC), The Globe and Digital Theatre have joined vocal touring companies and venues in calling for a national strategy for screenings of staged productions, a move that would be opposed by The National Theatre and the Event Cinema Association (ECA).

In recent years, screenings of theatre, opera and dance have become a regular feature at arts venues and cinemas across the UK, but relatively little research has been conducted into their impact on performing arts organisations. AP’s latest Pulse survey has revealed that 36% of workers for performing arts producers or venues feel the introduction and growth of screenings has had a positive impact on their organisations, while one in six feel the impact has been negative. The rest – a proportion large enough to sway the debate – are unsure or report no impact.

The issues raised mainly centre on clashes in programming. One respondent said: “Many smaller companies and artists can no longer get their live show programmed into venues on a Thur/Fri/Sat due to screenings taking precedence in programmes.” Some fear that audiences in an unregulated market are choosing to spend their money solely on screenings of productions from the ‘big players’, to the detriment of live performances by local touring companies. Another respondent commented: “We need to decide what the goals of screenings are and set policy and strategy to achieve these.”

This is a concern to Elizabeth Freestone, Artistic Director of regional touring company Pentabus. She said: “It would be awful if people thought that the kinds of shows being live-screened – with big names, big titles, big budgets, and big venues – were all that the theatre industry had to offer.” To avoid breeding “cultural conservatism”, she told AP, “all we’d have to do as an industry is sit down – with the Arts Council, with distributors, with the major screening bodies – and have a national dialogue about strategy.”

These fears for the impact on the theatre industry have been echoed by venues. Liz Leyshon is the Theatre Manager for Strode Theatre, a 343-seat mixed arts venue in Somerset that only managed to survive local authority funding cuts by programming screenings. “My fear is that by being successful in keeping Strode open, we will be contributing to a downfall of the live performing arts,” she said. “What happens to the development of theatre makers if funding is cut and cut, and organisations such as ours are held up as champions? For the future, there clearly needs to be a discussion between the big bodies: Arts Council England (ACE), the British Film Institute, the National [Theatre], and local authorities.”

AP took these comments to the National Theatre, which receives £17.5m in funding from ACE, and lists one of its core objectives as taking “responsibility for fostering the health of the wider British theatre”. Head of Digital, David Sabel, expressed sympathy but raised concerns about the effect that imposing rules and limitations on the screening industry would have on audiences and venues. “Things have developed very organically when it comes to screening… Our position is that how and where venues engage in screenings should be determined by audiences. If there is a venue that says that they have the audiences, why should we deny NT Live to them? We’ve opened it up.” He continued, “I’m not sure whether it would actually be a good thing to have an overarching framework dictating everything on a national level.”

This market-driven approach was supported by Melissa Cogavin, Managing Director of ECA, a body that works to promote and support event cinema. “I can see why the theatre industry would be interested in a national, strategic framework, but I think that it would be hugely contentious and would go against the interests of free enterprise. And who would oversee it? Who’d pay for it? In whose interests would this person be acting?”

The National Theatre’s view is not shared by all large theatres that are reaping financial rewards from streaming their work. A spokesperson from The Globe, which receives no ACE subsidy, said that although they have not worked closely with other major organisations in the screening industry to date, “with the increasing competition in the marketplace it may be worthwhile looking for opportunities to align our strategies more co-operatively”.

Similarly, the RSC, which received £15.7m in 2013/14 from ACE, echoed this position: “It would be brilliant to have a national discussion about a framework for screening with other major screeners.” Tom Shaw, Business Director for onscreen capture company Digital Theatre, agreed: “We do feel as if there needs to be a more extensive discussion on this point. There are some companies that specialise in event cinema programming, but the whole topic probably requires a more collegiate approach. We’re moving beyond a test market scenario and there is a real need to review the ecology.”

The UK’s arts councils are yet to formulate policy dealing with screenings, though Creative Scotland expressed an appreciation of screening’s potential to widen access to culture, and ACE confirmed it is conducting research on the topic. ACE has demonstrated a commitment to growing the digital arts offering in England and, from 2015-18, all of its National Portfolio Organisations will be expected to include plans for “Digital Distribution” within their business plans, demonstrating “an advance in ambition on the digital activities and programmes they are currently delivering”.