The burden of proof

In true Bertrand Russell style, Chrissie Tiller suggests that we turn the burden of proof on its head – and prove that the arts and culture are of no value to anyone. 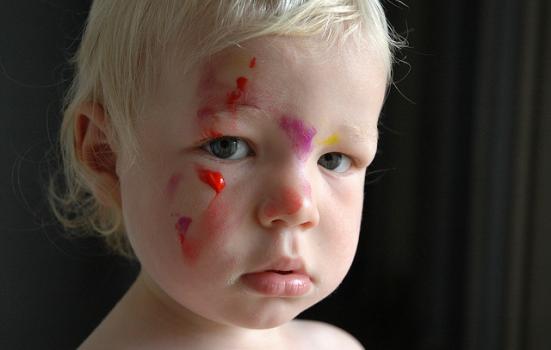 Cancel the finger painting - is it time for those who believe the arts have no value to prove it?
Photo:

Crystal Bridges Museum of American Art in Northwest Arkansas is a stunning space with a collection spanning five centuries of American Art. Its current exhibitions include Georgia O’Keeffe, Fish Stories and the Changing Perspective of American Indians, the latter, intriguingly, told solely from the viewpoint of European and Euro-American artists. But that might need another article.

What is pertinent about Crystal Bridges is that when it opened four years ago it committed itself to spending part of its substantial endowment on encouraging new audiences, in particular by covering the costs of introductory school tours. Inevitably, in a state where arts institutions are seemingly marked by their absence, demand was high. To assess the impact of this offer, the museum also decided to undertake a large-scale randomised-control trial, examining the effect these visits had on the young people’s “critical thinking, historical empathy, tolerance and becoming consumers of art”. The emerging data was clear. While students from rural areas, minority and high-poverty schools showed significant improvement in their critical thinking and a growing interest in art after these visits, the effect on those from more ‘advantaged’ backgrounds was null.

They would need to stop reading books to their children and no more encouraging them to make smartphone movies, write stories, build Lego dinosaurs ...

So what might we deduce from these findings? That the benefits of art and culture are confined to those from disadvantaged backgrounds? That visits to cultural institutions are wasted on advantaged young people? Or might it just be that those from advantaged backgrounds may not actually need this input as they had already been there, done that and got the t-shirt to prove it?

As an ex-student of philosophy, this started me thinking. What if, instead of being required to prove the value of arts and culture, we turned the burden of proof on its head? What if, despite Bertrand Russell’s argument that it is always incumbent on those proposing an idea to prove its truthfulness (in our case that arts and culture are of value – in his that there was a china teapot circling the moon), we determined that those arguing the opposite prove their case? That arts and culture are of little or no value.

In the context of the Crystal Bridges’ findings, we could insist that the evidence enthusiasts begin by testing this hypothesis on their own children. And require them to demonstrate that access to arts and culture from an early age makes no measurable contribution to their capacity to see themselves as creative individuals, be confident in their own autonomy or, most importantly, hold their own at culture debates or dinner parties.

We would need to set out clear parameters for collecting data. For example, those involved would no longer be able to devote their weekends to taking their children to galleries, theatres, museums or opera houses. They would be required to cancel children’s music lessons, ballet classes, circus skills and art clubs, insist that their schools, especially those well-endowed with theatres, dance studios, art rooms, media blocks, musical instruments and libraries, completely withdraw arts and culture, not only from the curriculum but from all lunchtime, after-school and holiday activities. For the sake of scientific objectivity, they would need to stop reading books to their children and there would be no more encouraging them to make smartphone movies, write stories, build Lego dinosaurs, compose funny songs or paint hand-blown Easter eggs. Instead, they would be required to leave them completely to their own devices, ensuring they had no access to local libraries, creative play spaces or any galleries, museums and arts centres that might welcome children.

It would need to be a longitudinal study: from birth to at least fifteen. In the spirit of safeguarding rigour we might therefore want to insist, like Crystal Bridges, on a control group. A group of minority, high-poverty and rural young people who were given all the free access they wanted to the arts during this time, including their ‘healthy option’ cafes and restaurants. This group would be given all the support (including financial) it needed to attend youth theatres, art clubs, musical instrument lessons or undertake media training. Not only as passive audiences but also as full participants, contributing to the programming, curating the exhibitions and producing their own work.

Even then it might prove difficult to have completely clean data. Anxious grandparents may be driven to sneak in things like Kindles for birthdays and it would be almost impossible to stop the advantaged subjects from visiting other homes with books on shelves, paintings on walls or classical music playing on the radio.

Someone at a recent conference on access to culture for young people across London asked: “Why don’t we copy the public schools – they ensure everyone has the opportunity to take part in music, drama, art throughout their schooling?” Why not indeed? The fact that every boy at Eton has the opportunity to take part in up to 20 plays each year (often directed by leading theatre practitioners), as well as participating in new play-writing schemes run by the National Theatre and other venues, may well play no small part in their having produced our current bunch of lead actors (as well as our politicians). Unfortunately, in our increasingly unequal society, access to arts and culture is only one of many benefits enjoyed by the advantaged.

So where does this leave us? Do we continue to spend what little public arts funding there is on attempting to provide evidence for politicians like Ed Vaizey? Do we go on trying to prove the contribution we can make to wellbeing, social inclusion and empowerment agendas, including how much more cheaply we can do this than other statutory providers? Or do we accept that we, along with political sceptics, know the value of arts and culture in our own lives? And in the lives of our children? And recognise that in that knowing we are often helping perpetuate the inequalities we purport to be tackling.

Maybe it’s time to stop tinkering around the edges, accept that we will never have enough evidence for the politicians, and focus instead on how we might really change the mind-set of those who run our cultural institutions. Time to stop thinking how we can reach out and benefit our communities, but get them in to work with us on what real participation might mean: moving beyond what Arnstein in his ladder of participation calls tokenism towards true partnership and, dare we say it, citizen power.

In putting ‘Participation on Trial’ on Friday 1 May we want to challenge current notions of participation and ask whether in our eagerness to prove our value we have sacrificed art for tick boxes, stories for baseline studies, co-creation for social return on investment. To ask ourselves whether participation, however well intentioned, has become little more than a sop for the tyrannies of neo-liberalism.

Chrissie Tiller is a facilitator and trainer in the creative and cultural sector.
www.cta-elegantsolutions.com/

Head to head: can a toolkit solve the sector’s class problem?
The power of putting theory into practice
The burden of proof
Women in waiting?
A bid for new audiences?
Does opera need famous faces or different places?
A slice of the cake