Realising the potential of digital technology 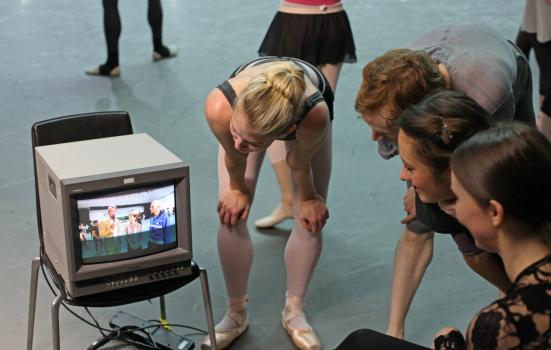 Over the past two years, the Digital R&D Fund has been collecting a unique body of insight about the potential of technology for arts and cultural organisations. Alongside the rich practical experience from 52 funded R&D projects, the fund partners are conducting the largest quantitative study of technology adoption ever seen in the cultural sector. Digital Culture is a three-year longitudinal survey of how arts and cultural organisations in England use technology. In December we launched the results from the second instalment of annual reports, based on responses from 947 participants. The results echo what we are learning from the projects we have funded: digital skills, activities and processes can help arts and cultural organisations reach new audiences, generate alternative revenue streams and advance their missions.

However, not everyone is benefiting… yet. Some groups, such as museums and performing groups, particularly smaller ones, appear to be adopting fewer of the digital activities measured in the survey.

One clear message is that there are great potential financial rewards from digital activities. In a difficult financial environment, many arts organisations are turning to alternative ways of funding their work, including using crowdfunding platforms to generate income for new projects, accepting online donations and selling products and merchandise online. More than half (51%) say that digital technology is important or essential to their business model, compared with one third in 2013 (34%). Those that do appear to have invested in this capacity are conducting more digital activities, reporting greater in-house confidence, and exhibiting more best practice R&D behaviours such as using research and data to support decision-making.

We are seeing successful examples of this among the portfolio of funded projects, such as Degree Art, which conducted R&D to test whether web-based tools could help foster the online market for visual art. They have built a centralised e-commerce platform called Artellite through which customisable satellite websites are provided to users, including emerging artists such as Sophie Derrick, galleries like Contemporary Collective and institutions like The Other Art Fair. Working with six test websites, the system was able to generate additional sales of £9,000 within three months, confirming the effectiveness of the approach. Artellite is now being offered to artists (over 300 artists and 150 galleries are on the waiting list), and Degree Art’s suite of resources, including a handy social media guide, are freely available online.

At the other end of the spectrum, the Royal Opera House has worked with King’s College London and POP to test whether a new hybrid mobile app using html5 technology (combining the best of the mobile web and Native app design) could help them grow mobile giving, sell digital programmes and increase total ticket sales. The most exciting results have been seen in improvements to the mobile ticketing experience, which increased customers’ propensity to make purchases via mobile devices from 10 to 18.14% in the test period – an increase of 8% over two months. Open source software, detailed research results and a toolkit are now being developed to help other arts and cultural organisations implement similar tactics.

While our survey identified the strongest growth in use of digital for alternative revenue streams, organisations continue to say digital technology is the most important for marketing (92%), preserving and archiving (81%), and operations (79%).

R&D projects still underway will continue to reveal new ways of working in these areas. For example, Tyne and Wear Archives and Museums are exploring how technology can bring their archives to life and make them accessible to greater numbers of people. Their project Past Paths aims to transform online museum and gallery collections into living, interactive digital archives. They want to change the way users engage with online collections, creating tools that encourage serendipitous discovery. By using a software development kit and open source code, Past Paths enables organisations to adapt the web tools for their own websites.

The 2014 results also reveal that arts and cultural organisations are expanding the ways in which they use digital technologies, with, for example, the proportion with websites optimised for mobile growing from one third (33%) last year to more than half (55%) in 2014. And more than half of the arts and cultural organisations surveyed (51%) now using data-driven techniques to engage audiences and for fundraising, compared with 44% last year.

Newcastle’s Dance City is leading one of the R&D Fund’s four ‘Big Data’ projects designed to develop tools and platforms for better data capture, interpretation and decision-making. Alongside organisations from Newcastle and Gateshead’s Cultural Venues network, they are creating a ‘data commonwealth’ in which audience data is fully shared, enhanced and used for strategic marketing campaigns. They hope to encourage venue and artform crossover and introduce audiences to a wider choice of activities. Already several thousand members have signed up to get involved, providing a clear sign of the value of sharing data for audience development. The project will develop a cloud-based database and a web app for data collection, as well as a tested methodology for segmenting audiences.

It is clear that sustained support from funders for digital change is as critical as ever before, with the barriers to adopting digital technology remaining unchanged from 2013. Nesta has always argued that arts and culture funders should, as a matter of course, set aside a share of their budgets to support R&D activity. More than two thirds (70%) report that a lack of funding and shortage of staff time are preventing them from fully achieving their aspirations.

When we established the Digital Culture study alongside the Digital R&D Fund for the Arts, in partnership with Arts Council England and the Arts and Humanities Research Council, we had the dual purpose of creating a benchmarking resource for the sector and of measuring the impact of the Digital R&D Fund. Over the course of the next year we will be publishing the findings of all 52 projects we have funded and what they have learnt about digital technologies, skills and processes. This includes what has worked well and, critically, what has not.

We will be launching a suite of resources, including practical guidance and a series of short films and other content, in the hope that this will guide arts and cultural organisations in their endeavours to get the most out of technology. We hope therefore to see even more organisations adopting these activities and reaping the rewards. The combination of robust quantitative evidence of trends and opportunities, 52 case studies and a suite of practical tools will be a resource unlike anything the sector has seen before.

Tandi Williams is Research Manager and Hasan Bakhshi is Director, Creative Economy in Policy & Research for the Digital R&D Fund for the Arts at Nesta.
www.nesta.org.uk

Realising the potential of digital technology