Less than a quarter of the government's ringfenced insurance funding has been paid out, with music festivals finding the scheme not fit for purpose. 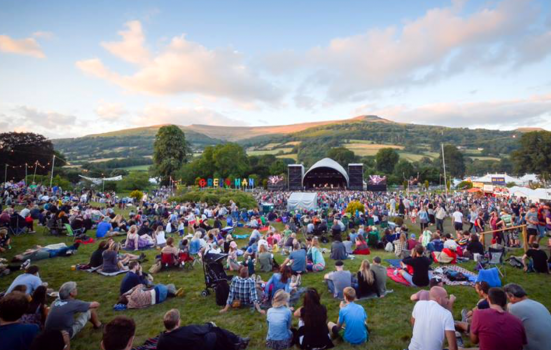 The government’s live events reinsurance scheme has had little uptake from music festivals, according to industry leaders.

The scheme was first announced last August, following months of lobbying from the live events sector for insurance to cover cancellations caused by Covid. Concerns were raised over its limitations, as it did not underwrite cancellations caused by capacity limits or the non-appearance of acts. The price, set at 5% of the festival’s overall costs, is also seen as prohibitive.

DCMS ringfenced £800m for the scheme in total but has written cover worth £117m across 168 events to date, supporting 14,376 jobs. According to one source, over half (£77m) has been allocated to Wimbledon. Government analysis suggests the underwritten events generated investment of over £400m, £378m (94%) of which is accrued to events in Greater London.

Association of Independent Festivals (AIF) Chair Paul Reed told ArtsProfessional he is not aware of a single festival taking out the insurance.

“I know some looked at it and ran the numbers, and it just came down to cost and being too restrictive,” he said.

The average cost of scheduling an independent festival in the UK stands around £6m, with the majority operating on margins of less than 10%. Adding the reinsurance scheme would see festivals putting some 7% of their revenue towards insurance, with the package only available as a bolt-on to standard insurance, usually priced around 2%.

“It wasn’t fit for purpose, [the AIF] did warn government about the restrictions before and after the launch,” Reed said.

“It’s been a worthwhile intervention for some parts of the live events sector, but for festivals and live music broadly there was no take up.”

CEO of the National Outdoor Events Association (NOEA) Susan Tanner said the scheme had been “well received” by the wider events sector.

She said while the insurance package did not suit some of the larger scale events, it “has made a difference already” to smaller and medium sized events, adding the NOEA is “incredibly supportive of the scheme and the motivations behind it”.

“We do think it freed the industry up a little, tipping that balance a little more in favour of the event organiser. Unfortunately for many it wasn’t enough, there remain other structural problems that have to be solved, and still do, to get confidence back into event businesses.”

Live events are faced with new challenges this summer season, with the rising cost of living and difficult trading conditions impacting cashflow.

Many festivals operating this year sold the majority of their tickets in 2019, limiting revenue at a time where manufacture and staff costs have increased, as well as inflation.

Reed says infrastructure costs have increased by more than 30% on pre-pandemic levels, exacerbating further pressure on the supply chain after some of the sector’s skilled workforce moved on through the pandemic.

Tanner said the only way tighter margins will be covered is “through a substantial rise in ticket prices, and the timing could not be worse given the cost of living crisis”.

“We understand that this will be a major issue for the industry [but] equally we do have confidence that consumers will be willing to pay for tickets because of the quality of the experiences they bring.

“This is especially important for smaller events, where the ticket prices are a little more affordable,” she said.

Despite increased challenges in the sector, Reed says it is not “all doom and gloom” and AIF members are not expecting a wave of cancellations this summer.

He rejects the notion that smaller music festivals are struggling more, adding the challenges are being felt by major and independent festival alike, but there are small to medium sized AIF members that are sold out this year.

Less than 10% of UK festivals with a capacity limit over 5,000 have cancelled this year, with those taking a break expected to relaunch next year on fresh ticket sales.

“It’s a transitional year. They will come back next year [when] hopefully things will have evened out with costs and the supply chain,” Reed said.

“We are effectively in a recovery phase, and that’s largely reflective of where the country at large is and where consumer confidence is.”