A £1bn redevelopment of the events centre is expected to create a “substantial increase in both the quantity of arts and cultural activity that could be accommodated, and the quality of that activity”. 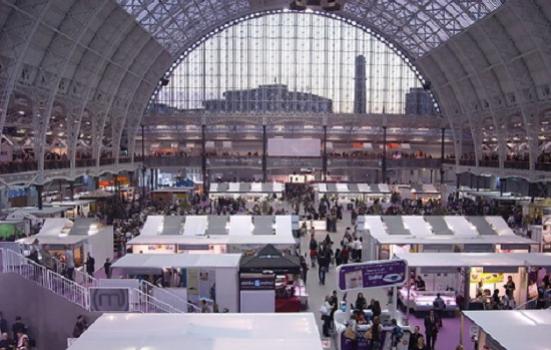 Olympia has the potential to become a cultural powerhouse, but it's "just not cool enough right now", developer John Hitchox says
Photo:

A £1bn redevelopment of the Olympia events centre in West London will create an “ecosystem” supporting thousands of new cultural jobs and live performances, one of the project’s leaders says.

Hammersmith and Fulham Council has approved development plans by the site’s owner YOO Capital and its project partner Deutsche Finance International. These include a 1500-seat theatre, a 1000-seat performing arts venue, a four-screen cinema and a 670,000 square foot creative co-working space, as well as two hotels, shops, cafes and a “jazz-club style restaurant and venue”. When completed in 2023, the site is projected to attract up to £9m in consumer spending and 10 million visitors to the borough each year.

“My view is that our particular setting, which is an icon in itself, needs dusting down and needs rejuvenating.”

Hitchcox said Olympia is in “detailed discussions with international, very well-known institutions in the performing arts world” and several reputable arts charities to become tenants of the new complex.

“We have 225 shows, huge diversity, a lot of creativity and the vision here is to complement those exhibitions – many of which are in the performing arts and creativity – with music, museums, cinemas and activities that people can undertake, perhaps having their commercial destination [already] determined.

“It’s very rare to be able to go out and build two theatres and an arthouse cinema and give it a lot of commercial support and we believe we have got a recipe … We’re providing a nest, a cocoon, a nurturing environment for that entire ecosystem.”

Council planning documents say the plans will allow for a “substantial increase in both the quantity of arts and cultural activity that could be accommodated, and the quality of that activity, by providing a substantially enhanced built environment at one of London’s most important exhibition spaces and visitor attractions”.

It will help the borough to regain its “pre-eminent position for culture, media and arts companies” following the departure of BBC production staff from Shepherd’s Bush in 2016.

Olympia’s redevelopment includes a 900 square metre performance and rehearsal space free for local charities to use. Hitchcox said he would like to see an ‘internship’ system whereby larger cultural tenants had an “obligation” to help develop talent from smaller tenants.

He expressed particular interest in hearing from potential museum partners: “by creating this hub of creativity, we can see there’s room for the art world, very much so.

“Where the world is going we’re very much into experiences, and those experiences can exist in what is currently classed as museums and the visual arts.”

He added: “We’re just the custodian for a small number of years and our role is to nurture and reinvigorate and turn the wheel on the legacy of this group of buildings.”