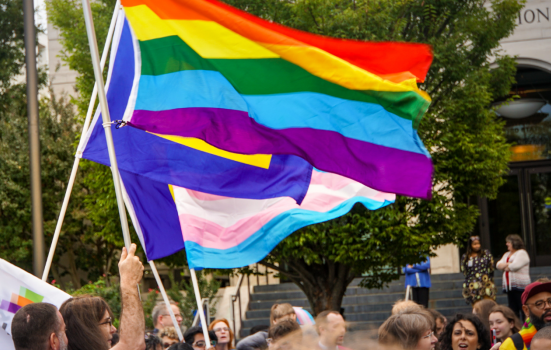 Funding awarded to a group critical of transgender identity has been suspended following online criticism.

The LGB Alliance was one of 704 organisations awarded a share of Arts Council England’s £4.58m Let’s Create Jubilee Fund late last week to develop cultural activities for the Queen’s Platinum Jubilee in June.

The fund was administered by 44 UK Community Foundations, who decided what to support locally. The London Community Foundation (LCF) announced its decision to support the LGB Alliance was under investigation, and the grant suspended, after it [became] “aware that the charitable status of the organisation is being questioned”.

Last December, The Charity Tribunal agreed to hear an appeal against the group’s charity status over claims the organisation is transphobic, an allegation the alliance denies.

The subsidised project, a film entitled Queens, was awarded £9,400 by the LCF.

LGB Alliance Managing Director Kate Barker told ArtsProfessional the film would feature historical events, including the decriminalisation of homosexuality and advent of AIDS, juxtaposed with light-hearted stories from the past 70 years.

“We hope it will be uplifting and engaging and that everyone, not just gay men, will enjoy it”.

Critics of the decision questioned why the organisation, established by former Stonewall supporters in reaction to its work on trans rights, received backing after LCF’s application guidance outlined projects must be “inclusive in their approach”.

Responding to the LCF on Twitter, Trans Activism UK raised concerns its Director of Grants and Impact, Kelly Rust, features as a signatory on the Declaration on Women’s Sex Based Rights.

“We are deeply disappointed, having now heard from several LGBTQ+ groups who have applied for funding but were denied, that there has been such a failure to properly investigate organisations that are being granted funds,” said the group.

The LGB Alliance’s project was one of 86 awarded funding in London.

With over £738,000 shared across the capital, more money was designated there than anywhere else than in the country.

The North East received the least support, splitting £254,000 across 39 projects.

Boston Borough Council will now work with its local Lithuanian, Latvian and Ukrainian communities to produce a programme of international dance, music, theatre and traditional games for the community.

It is one 90 projects nationwide to be awarded the maximum grant.

Funded projects provide a unique opportunity for people to get together and celebrate in their communities, according to UK Community Foundations CEO Rosemary Macdonald.

Wakefield’s Portobello Community Forum received £6,628 to bring young and old people together to create an original piece of theatre with music. It is one of 72 projects in Yorkshire and the Humber sharing £452,000.

“We love to give our children and older members of our community the chance to get to know each other and work together creatively,” Centre Manager Sarah Cutts said.

East Kent Mendep will work with people with a learning disability to create a music, dance and singing performance, a performance piece and illustrated book designed after receiving £8,850.

CEO Jason Gerlack said the projects will help people learn new skills and give greater confidence to continue learning and developing interest in the arts.

ACE CEO Darren Henley called the fund a “wonderful example of our ambition to give everyone the opportunity to participate and experience arts, culture and creativity”.

“I'm excited to see these projects brought to life in villages, towns and cities across the country as our wonderfully creative communities celebrate The Queen's Platinum Jubilee."