The leaders of the city’s recent Cultural Investment Enquiry are demanding “a radical new proposition” for the way the sector and the City Council work together. 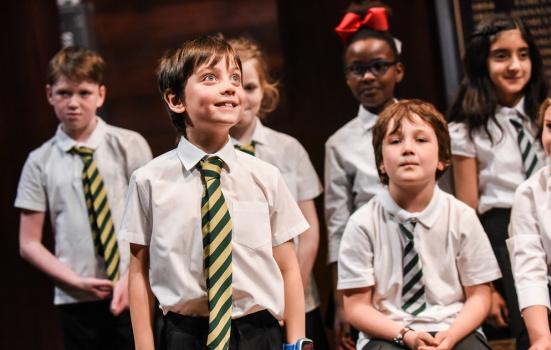 Birmingham Rep has warned a 62% cut will impact its education and community work
Photo:

Arts organisations in Birmingham are bracing for further cuts, after the City Council proposed significant reductions to their funding for 2017/18.

Culture Central, a development agency that represents Birmingham arts organisations, is now calling for “a complete review” of the way the sector and the City Council work together.

Some arts organisations are being asked to manage greater cuts than others, with Birmingham Repertory Theatre expecting to shoulder a 62% cut. The Council is proposing to grant it £200k next year, down from £525k this year.

Angela Maxwell, Chair of Birmingham Repertory Theatre, said she appreciated the difficulties the City Council is facing, but added: “This cut will severely limit our ability to continue to produce the year-round programme of high quality theatre and education and community work that the city rightly expects from us.”

Deputy Leader of Birmingham City Council Councillor Ian Ward said a need to make £180m in savings over the next few years was pushing the council to make “some very difficult decisions”.

“We believe a new support model for the sector is needed for 2018 onwards,” he added.

In response to the news, Culture Central, which recently led a Cultural Investment Enquiry exploring new approaches to supporting the arts in Birmingham, expressed frustration with the Council’s decision.

“We have been making it clear for many months now that a radical new proposition for cultural investment in the city needs to be established,” said Gary Topp, Director of Culture Central. “We are disappointed that the City Council has not shown more appetite for this innovative approach to-date.”

The Enquiry’s report, published in July, proposed almost 50 ways to boost investment in the city’s arts and culture, including the transfer of assets to cultural organisations and collaboration with developers undertaking the city-centre redevelopment.

Topp added: “We are seeking the full backing of the Council to create the necessary freedoms and flexibilities for the sector to thrive and to move to a more dynamic and contemporary approach. The sector has prepared itself for this approach through the creation of Culture Central as a collaborative leadership vehicle and we need to work in a radically reframed partnership with the Council to bring these opportunities to fruition.”

Paul Faulkner, Chief Executive of Greater Birmingham Chambers of Commerce and Chair of the Enquiry, echoed Topp’s disappointment: “Sadly, despite positive words around the Enquiry’s work back in the summer, progress in terms of exploring radical new approaches to funding for the cultural sector has slowed, and the sector is now having to deal with this reality.

“It is imperative that we see action now, and truly begin to look beyond the norm at ideas that do not just cover these expected cuts in funding from local government, but go further and seek to implement a new model of funding culture in the city.”

The Enquiry was aiming to produce an implementation plan by the end of 2016, but slow progress has delayed this, Topp told AP. “We are now putting in place an accelerated plan through to March,” he said.

Cllr Ian Ward said: “We are working to progress the Enquiry’s findings as quickly as practicable, and remain open to firm proposals for new approaches to protect and develop our city’s thriving cultural life for the future. However, this depends on the willingness and enthusiasm of arts organisations to embrace new ways of working and focus their time and energy to bring these to fruition.”

“For Culture Central to suggest that the pace of change is slowing is disappointing,” he added. “It is also disappointing that the timetable set out by the Cultural Investment Enquiry for the second stage of its work has not been met.”

Amendment 15-12-16: This article was updated to include a response from Birmingham City Council.