Birmingham looks for new ways to fund arts and culture

Almost 50 new approaches to finance, collaboration and fundraising have been put forward in the Birmingham Cultural Investment Enquiry. 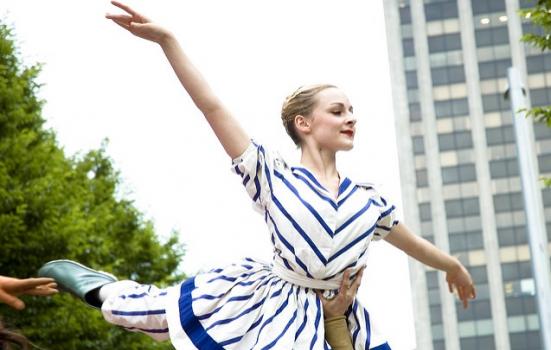 A city endowment for culture and a tourist tax are among the proposals put forward by an inquiry into boosting cultural investment in Birmingham.

The three-month investigation, The Birmingham Cultural Investment Enquiry, was launched in April by Birmingham City Council with support from the Chambers of Commerce, Aston Business School and Arts Council England.

It was prompted by continued cuts to the council’s budget, which are forcing it to consider making significant reductions to its arts funding over the next three years. The Enquiry hopes to grasp opportunities presented by the devolution agenda and position Birmingham as a ‘leader’ in terms of its approach to cultural investment.

Through discussions and consultation, the Enquiry has generated almost 50 suggestions for ways to boost investment in the city’s arts and culture, which it presents in a new report. These are broken down into four sections: public sector investment, alternative finance, collaborative working and philanthropic giving.

“Birmingham has the opportunity to do something different and ground-breaking in how it supports culture within the city,” said Chair of the Enquiry Paul Faulkner. While the focus is on Birmingham, he anticipates that the proposals could be “extended into broader regional thinking”.

A large-scale city endowment is suggested in the report, with money potentially raised through a range of sources, from organisations’ unrestricted reserves to council-owned assets, and corporate and individual giving.

A number of ways for arts organisations to save money and create new income streams by working collaboratively are identified, including through collective procurement and marketing, by joining up volunteering schemes and pooling unsold tickets.

The higher education sector is identified as “an important funder and partner in the operation of cultural facilities”. The report says: “The City’s universities have access to resources, a clear leadership role (jointly and severally) and are trusted institutions with a focus on public benefit.”

New working groups will be assembled to explore and develop these suggestions. The Enquiry is recommending that discussions prioritise ideas around collaborative working, public sector investment, and the arts relationship with the higher education and business sectors.

An implementation plan will be presented by the end of the year and the Enquiry is calling on the sector to take the lead on discussing these ideas and driving them forward.