EU funding worth £2.3m a year to Wales

A report commissioned by the Arts Council of Wales warns the figure is likely an underestimate as Brexit approaches. 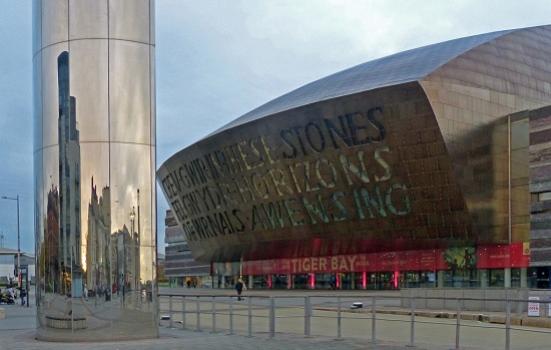 More than 150 Welsh-partnered project have received EU funding over the last decade
Photo:

European Union (EU) funding has contributed at least £23m to arts in Wales over the last decade, a report commissioned by the Arts Council of Wales (ACW) says.

More than 150 projects including Welsh partners received funding through EU programmes between 2007-16. The paper notes “the value of all this EU funding covers a breadth of impacts – from funding which has been of specific benefit to the arts in Wales, to inward investment into Welsh research institutions (especially universities) who have a focus on related areas”.

About £18m of the £23m came from European Structural and Investment Funds (ESIF), such as the European Social Fund (ESF) and the European Regional Development Fund (ERDF). These are “mostly devolved back to the member states and, in the case of the UK, then distributed separately in England, Scotland, Wales and Northern Ireland,” the report says.

Another £5m came from transnational funding streams designed to stimulate collaboration, including Erasmus+ and Creative Europe.

The research was completed by consultants Euclid in 2017.

The report says that the actual figure is likely to be higher than £23m, saying: “there are a number of points about the figures in this report – all of which would seem to indicate that the figures quoted are likely to be an under-estimate.”

The EU earmarks seven years’ worth of funding at once, and the number of grants made for the 2014-2020 period have been “relatively small” thus far, the Euclid report notes. While grants recorded in the first three years represent 43% of the seven-year allocation, these “most certainly do not represent 43% of the likely grants for this period”.

The report also says it is possible some ESIF projects were overlooked: “There are 290 projects and the resources for this research did not allow a detailed analysis of each and every one of these.”

Similar research commissioned by Arts Council England last year estimated up to £40m of EU funding per year was at risk because of Brexit.

Around 1,385 arts and cultural projects received at least £345m in EU funding between 2007 and 2016, with £24m of that coming from the Creative Europe programme and its predecessor. Over half of the total funds – £194m – were directed to the creative industries and 30% of all funds went to London and the South East.

While the Government has indicated a Shared Prosperity Fund will replace EU funding lost after Brexit, details about how the fund will support arts projects formerly funded by the EU are yet to be released.