Brexit fall-out is biting harder as musicians find it more difficult to secure European opportunities while uncertainty over the terms of a trade deal remains. 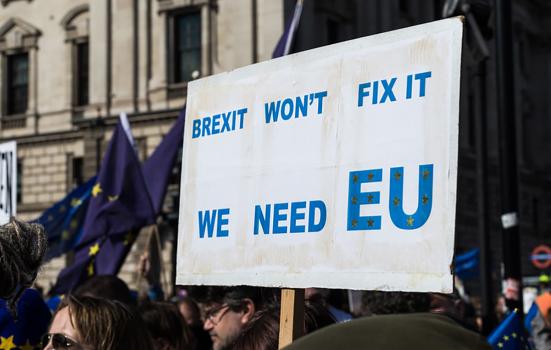 The challenges facing musicians due to Brexit are becoming more serious, according to a new report by ISM, the Incorporated Society of Musicians, which concludes that “the music sector simply cannot cope with the simultaneously devastating effects of Covid-19 and a hard Brexit this December.”

ISM’s latest survey, ‘Will Music Survive Brexit’, is the fifth in its series on Brexit and the music workforce, which began by tracking the impact of Brexit uncertainty in 2016.

The latest report reveals that around half of respondents to an ISM survey have seen their professional work decline since the EU referendum in 2016, with almost three-quarters saying it has become more difficult to secure bookings in EU/EEA countries. 56% expect to be offered less work now that the UK has left the EU.

Respondents also noted that this in turn will dramatically increase competition for UK-based opportunities – of which there are already too few to sustain the workforce. Several said  they fear they will no longer be able to sustain a career as a musician.

The decline in European work opportunities is evident in several ways. As well as a significant drop in individual bookings, there is a pattern of contracts not being renewed and composition commissions drying up.

In 2016, two-thirds of musicians earned from work in the EU/EEA, but that figure now is down to 54%.

Almost two-thirds are now “very concerned” about their future ability to work in EU/EEA countries, and this is also due to practical issues.

The report points out that “if UK-EU trade talks fail, the UK faces the prospect of leaving on WTO terms which means full border checks, tariffs, and huge obstacles to working in the EU”.

Although no legislation has changed yet, tours, festivals and opera seasons are often booked years in advance and respondents report a ‘hiring chill’, with promoters seeing the option of a UK musician being “risky” compared to an EU musician. The current lack of information about the terms under which they would book UK musicians mean some are avoiding this uncertainty altogether.

Many musicians have to simultaneously plan years in advance and also accept work at very short notice. 11% of musicians reported having less than a week’s notice between being offered work and taking it. An end to freedom of movement allowing them to continue travelling to the EU would leave them having to “navigate the entry requirements for each of the 27 EU countries”.

Musicians are also expecting costs of working in Europe to increase too. Nearly two-thirds are concerned about the transportation of instruments and equipment to the EU/EEA; almost three-quarters said they would not be able to afford private health insurance if the EHIC reciprocal health scheme is revoked; and almost all want reciprocal arrangements in place on tax and social security.

Call for an extension

The ISM, which is the UK's professional body for musicians, is demanding that “the UK Government must recover some of the time lost to Covid-19 that would have been spent negotiating our future relationship with the EU by requesting an extension to the transition period”. Its ten proposals to government include:

It is urging the Government not to adopt the US visa system as a model for temporary work in Europe – a system whose costs and complexity are “excessively onerous”, according to several respondents. And it is asking for the music sector to be given “detailed information on new arrangements well in advance of the end of the transition period” so that it can adequately prepare.