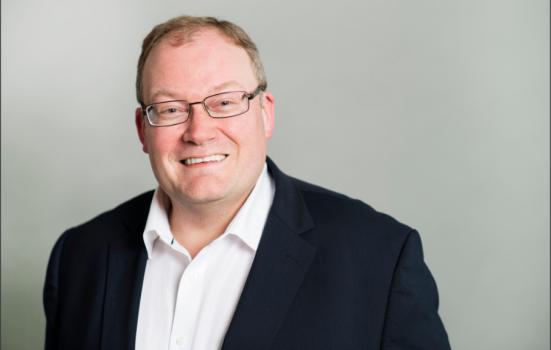 This represents a 13% increase (£111,000) on their combined pay packages compared with the previous year, and follows the National Council's conclusion that a restructuring of responsibilities in its senior executive team meant that most of the Directors were being underpaid.

Salary increases for the seven Directors totalled £68K (9%) last year. ACE’s additional contributions to their pensions added a further £43k to the total.

The 2017/18 increases included cash for the five members of the team who took advantage of ACE’s holiday sacrifice scheme. This permits staff to trade holiday entitlement – up to 41 days for those with the longest service – for salary.

On top of this, a bonus payment of £17,500 was awarded to Henley and a further £1,500 each to the other Executive Directors in respect of their 2016/17 performance. Henley donated £7,500 of his bonus to a staff development fund, and the rest to the First Generation scholarship fund at Manchester Metropolitan University. The Executive Directors also donated their awards to the staff development fund.

The latest uplift for the senior team has arisen following a salary review of Executive Board roles in 2016, shortly before the departure of former Deputy Chief Executive Althea Efunshile, whose responsibilities were shared between remaining members of the Board and new appointees.

A benchmarking exercise against salaries paid for similar roles in other public sector organisations revealed that all but Henley were being underpaid, and they were awarded increases of up to £20k each to perform their new roles.

The increases in pension contributions for the Executive Directors grew in proportion with the new salary levels. Henley's package included a £30k pension contribution; the Deputy CEOs saw their pensions grow to £24k; and each of the rest of the team to £22k.

An ACE spokesperson explained that the Arts Council pays a fixed percentage of remuneration (21.9%) for every employee into the Arts Council Retirement Plan, although staff are free to contribute up to 100% of their annual earnings each year into the pension scheme.

The rules that apply to the pensions of the Executive team are identical to those applied to other staff.

How pay decisions are made

A Remuneration Committee – a subset of ACE’s National Council – is responsible for setting the pay of Henley and the Executive Directors.

Prior to this, Henley makes recommendations for salary increases and performance bonuses in respect of those staff on the Executive Board who report directly to him. His own pay increases, including performance-related pay, also have to be approved by the Remuneration Committee.

They have no influence over pensions, which are determined by the rules of the Arts Council Retirement Plan and administered by independent pensions consultants.

Under new regulations that apply from this year, the Charity Commission is requiring all English and Welsh charities to provide a breakdown of staff remuneration by income band in their annual returns, as well as the total income and benefits of their highest paid employees.

This applies to all charities where any member of staff receives more than £60k in total employment benefits.

How does your salary compare? Fill in ArtsProfessional’s ArtsPay survey to have your say, and we’ll report back.

The Hutton Review of fair pay in the public sector already requires ACE to disclose the salaries of its most senior staff, and ACE also publishes banded pay information about the rest of its senior positions.

Excluding Executive Directors, 17 staff were reported as having remuneration over £60k in 2017/18, compared with 12 the previous year. These figures included two employees who received redundancy and exit packages, one worth between £50k and £100k, and the other between £100k and £150k. ACE does not name the recipients.

The Hutton Review also requires public sector bodies to publish pay multiples comparing the highest paid director’s remuneration against that of all employees. In 2017/18, this ratio was 4.68 at ACE.

Whilst disclosure of Arts Council England’s pay practices is a matter of public record, the same is not true of others working in the sector.

There is a widespread belief that those employed and freelancing in the arts sector are underpaid for their work. In a new study of resilience in the sector, commissioned by ACE, this emerged as a key theme. Workshop participants and survey respondents highlighted “what they perceived as an uncomfortable truth at the heart of the sector – that it is built on unpaid or underpaid labour by those who are responsible for its creativity and vibrancy”.

ACE itself, whose funding stream ‘Developing your Creative Practice’ is targeted at supporting the development of professional artists, recognises that work in the arts may not be paid at all. In response to a question about eligibility for this funding ACE tweeted: “Professional doesn't necessarily always mean paid - sadly, and we do understand that for individual practitioners for sure.”

However, perceptions of pay in the sector are primarily based on anecdotal rather than statistical evidence. ArtsProfessional’s survey, ArtsPay, is currently gathering data from employees, freelance workers and company owner/managers working in the sector, in an attempt to generate more robust data that will deliver compelling evidence about pay practices.

Click here to take part in the ArtsPay survey and ensure that your situation is represented in the findings. Survey closes 8th October.

This makes very interesting reading and maybe some data I have collated is relevant to add in. Using prior surveys I conclude that over the period 2008-12 the arts and culture industry paid on average nearly five per cent *more* than the UK median salary. Full‐time earnings increased by 6.8%, during which time part‐time earnings fell by 5.5%. (CEBR 2013), that in 2015, the average annual full-time arts salary at £29,850, 8% higher than the national salary. Average pay for men in full-time employment £32,500; women £28,500 (Arts Professional and in 2015, in (SIC90), creative, arts and entertainment activities average full-time pay at £39,474 was 43% higher than the national median salary. Over the period over the period 2008-15, full-time earnings increased by 24% and part-time earnings by 11%. (CEBR 2017). In comparison, the average income of artists at £10,000 was only 37% of national earnings in 2013 - ie was only 5 percentage points higher than it had been in 1985 (DHA 2013, Brighton et al 1985). Despite a myriad of supposedly supportive-of-artists Arts Council policies over the last 30 years, including one which expressly put 'artists at the centre', this at the time of huge increase in government funding to the arts, the art institutions have put the organisation's sustainability and the staff's financial interests first and left artists to fend for themselves.
I think taking the entirety of the jobs and wages in SIC90: Creative, arts and entertainment activities and then comparing them against figures for just Artists specifically is a bit misleading. Also comparing self-reported survey results to official employment stats. Each method has its benefits and flaws, for one, no doubt a huge chunk of self-employed artists fly under the radar of official stats. These figures will seem higher - as they are biased more towards people with more permanent, PAYE-taxable jobs (or those self-employed lucky enough to be employing others at times or with turnovers above the VAT threshold) Nevertheless I doubt you'll find anyone who thinks individual artists have (ever?) it easier than, say, their more administrative, building-based, contracted counterparts. Perhaps would also be interesting to know if there has also been a net increase in artists over the same period; population growth, more competition for the same funds, changing education/career plans etc. Still, a 13% pay rise would have been nice over the last 5 years let alone in one year!