England’s arts organisations will be asked to make decisions that affect more than people’s livelihoods. 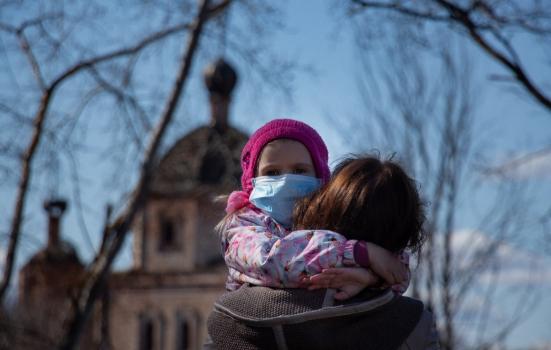 Real losses can happen even if non-distanced events are given the green light
Photo:
https://www.vperemen.com

News this week from Culture Secretary Oliver Dowden that theatres could reopen at full capacity in time for Christmas has got the sector buzzing.

Organisations that rely heavily on income are understandably excited about a return to near-business-as-usual. Thousands of jobs and years of progress on diversifying workforces and audiences are at risk, and that risk grows every week as the end of furlough looms.

But there is more still on the line. Amid economic concerns, it seems that the deadly nature of the coronavirus has been all but forgotten.

Cases are on the rise and though some in the sector are advocating for mass testing as an alternative to social distancing, current bottlenecks at laboratories suggest the Government’s ambition for 10 million tests a day is a pipe dream.

Scotland, recognising the risk of a second wave, has delayed the possible return of live indoor events for three more weeks.

Yet in England, arts organisations desperate for a financial lifeline seem ready to run the risk of reopening. Speaking to MPs about the potential for full capacity reopening, Lord Andrew Lloyd Webber claimed that the air in all his theatres is “purer than the air outside”.

What evidence Lord Webber he can put forward to support this is unclear. But whether or not large venues such as the London Palladium are likely to meet the minimum ventilation standards suggested by the Scientific Advisory Group for Emergencies (SAGE), the scientists are unambiguous that it will be nearly impossible to make small venues safe and say its hard to be precise about the risk of transmission indoors.

What’s more, the slim base of research that tentatively supports further reopening the sector is not necessarily the latest evidence.

Results from DCMS-sponsored studies into the safety of live performance have been shared with the public six weeks after they reach ministers’ desks. Dowden’s announcement on Sunday, in which he repeated an inaccurate claim that singing is no riskier than speaking, overshadowed the release of the SAGE report that said social distancing and limited capacity are still necessary.

In that report, SAGE modelling showed that a single infectious performer in a small venue could potentially cause an outbreak akin to the Skagit Valley Choir in Washington.

Those choristers brought their own sheet music, disinfected their hands, and avoided physical contact – just like the guidelines here advise. Still, 52 of 61 people present fell ill. Two of them died.

In a statement, the choir said: “Our group feels like a family, so you might imagine our grief.” Real loss can happen even if an event complies with the regulations of the day.

Arts organisations are in a tough position. With limited information and resources, the sector is being asked to make decisions that affect not just livelihoods, but lives.

It must decide whether the rewards of reopening outweigh the risks.

‘Socially closed’ arts sector may be contributing to UK’s divisions
Crisis or opportunity?
“We surprised ourselves”: Exit Interview with Judith Knight