Arts events could incentivise testing and restart the sector safely. But without a confirmed reopening date, there is little hope of recovery. 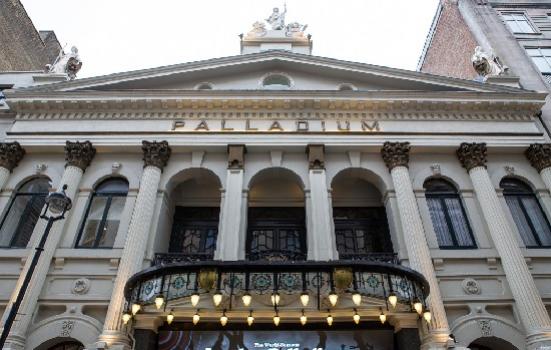 A £100,000 pilot performance at the London Palladium only demonstrated that social distancing is not viable for theatres, Lord Andrew Lloyd Webber has said
Photo:

Mass testing could be the key to safely restarting the arts without social distancing, MPs have heard.

At a DCMS Committee evidence session on Tuesday about the potential for at-capacity reopening, speakers from the arts sector said social distancing was "impossible" to sustain financially and instead called for mass testing of audiences, among other measures.

In a document titled 'The Full Capacity Plan', Benn advocates for a system whereby people order self-tests at the point of booking, drop their test at one of 600 locations around the UK, and receive their results - and authorisation to enter - via the NHS Test and Trace app before arriving at a festival or show.

"I genuinely don't see this as difficult," Benn told MPs at the hearing.

"What is difficult is engaging with the public authorities."

Benn said he had raised this idea with DCMS but was told to contact the Department of Health, who in turn referred him back to DCMS.

"I'm not seeing the engagement with ourselves as the music industry," he said.

Prime Minister Boris Johnson on Wednesday outlined his ambition for "Operation Moonshot", a mass testing programme delivering up to 10 million tests a day.

Asked for comment, A DCMS spokesperson referred to a recent comment piece by Oliver Dowden in which the Culture Secretary wrote:

"Testing is the short term key until we find a working vaccine. We’re making exciting advances in quick turnaround testing, where on-the-day coronavirus tests could give people who test negative a pass to visit the theatre that evening. These technologies are still emerging, but we will throw everything at making them work."

Mass testing for arts events - or indeed any mass testing scheme - may not be a realistic option: bottlenecks at laboratories processing coronavirus tests have hobbled attempts to keep on top of rising case numbers and NHS Test and Trace may be "on the verge of collapse," according to reports from The Guardian.

Avi Lasarow, CEO for Europe, the Middle East and Africa at genetics testing company Prenetics, said private laboratories had an important role to play in supporting public sector efforts to contain the virus and safeguard the economy.

He told the committee that a mass testing pilot for Premier League matches had "demonstrated a successful approach in the world of sport".

"That same should apply for theatres," Lasarow said.

He also indicated self-testing was a possibility for smaller grassroots organisations as the cost of testing kits falls - potentially to as little as £40 per person.

Prenetics currently has the capacity to process 150,000 tests a day, he said.

"Mass testing is going to be one of the contributing ways out of this situation while we wait for a vaccine.

"The cost of testing on a mass scale basis outweighs the cost of the loss [from the] impact on the economy."

At the start of the hearing Lord Andrew Lloyd Webber and Rebecca Kane Burton, the Chief Executive of his theatres, implored the Government to "give us a date" for full reopening.

They said they spent £100,000 on a trial concert at the London Palladium as part of a series of pilot indoor performances, hoping it would demonstrate that theatres could safely reopen at capacity.

But the show had to be socially distanced to comply with the Government's guidelines: "We really rather proved that it was almost impossible on a number of levels for theatre to operate that way," Lloyd Webber told the committee.

Lloyd Webber said he was confident the air at all his theatres was "purer than the air outside".

Asked whether on-the-day testing to attend the theatre was a realistic option given people normally book tickets months in advance, Kane Burton said feedback from audience members indicated they would do whatever is necessary - masks included.