A single infectious performer could cause a deadly outbreak, SAGE says, as the Culture Secretary hints at full capacity events before Christmas. 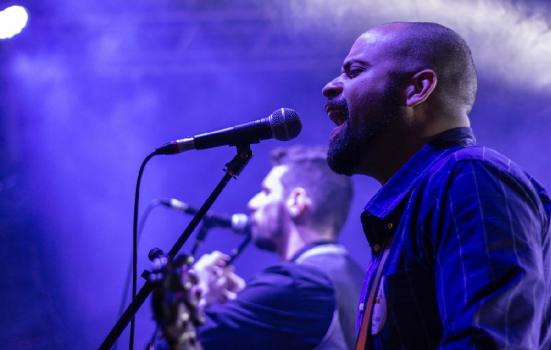 A single highly-infectious singer in a small venue could cause a deadly outbreak, Government scientists say as the Culture Secretary teases plans to relax restrictions for the arts sector.

Oliver Dowden indicated theatres and other venues might reopen fully soon, writing in the Mail on Sunday that "my officials are working on 'Operation Sleeping Beauty' which aims to bring back some of the magic of theatre for families this Christmas".

Lord Andrew Lloyd Webber and Rebecca Kane Burton, Chief Executive of his theatres, told MPs on Tuesday they were involved in daily calls about Operation Sleeping Beauty but said they "don't know an awful lot of the detail" behind it.

"If Operation Sleeping Beauty is about reopening without social distancing, great. We will do everything we can to support that," Kane Burton said.

A newly-published report from the Scientific Advisory Group for Emergencies (SAGE) highlights just how risky non-distanced performances could be.

While it notes that the risk of coronavirus transmission from a performer with a "low viral load" is below 1% in a large venue, the risk increases "closer to the source, particularly in an indoor environment".

A singer with a high viral load "proves challenging to control" in both small and large venues, according to SAGE's modelling.

It predicts that a highly infectious performer who sings for 90 minutes in a small venue could spark an outbreak similar to that of Washington's Skagit Valley Choir, where one chorister infected 52 people, leading to two deaths.

The SAGE report says that two metres' social distance "is still required as performers can produce aerosols and droplets" even if they aren't singing or playing instruments.

"Breathing, speaking and singing all produce aerosol; the contribution of potential aerosol contamination from audience and performers must be considered together.

The report was published on the same day as Dowden's comments on relaxing social distancing requirements. However, it was completed by August 13 - two days before socially distanced performances were allowed to resume.

The publishing delay means some of SAGE's guidance may be out of date. But with coronavirus cases rising, questions remain over the safety of non-distanced shows.

"The likelihood of a high viral shedder will increase with community prevalence of the virus," SAGE's report says.

It includes small snippets of evidence from SOBADRA, an as-yet-unpublished study initiated by DCMS in which 12 singers were asked to sing 'O Come All Ye Faithful' and other songs.

It appears to support results from its sister study PERFORM, which found that singing quietly isn't any riskier than speaking at a normal conversational volume.

But DCMS has resisted releasing the scientific evidence behind its guidance for the performing arts sector, saying that ministers "need space in which to develop their thinking" on policy responses to the coronavirus.

The SAGE report says small venues "are likely to pose a significant challenge" and shouldn't be used if larger spaces are available.

According to its modelling, "a small venue requires unfeasibly large amounts of ventilation to prevent transmission".

Singing at a high volume can produce 20 to 30 times as many potentially infectious aerosols than singing quietly and singers may need up to 20 times more ventilation than audiences for the period they are performing, the report says.

A ventilation rate of 10 litres per second per occupant - the standard for office buildings - was recommended alongside limited capacity, larger spaces, shorter shows and using microphones rather than singing loudly.

The report says: "The higher the ventilation rate the better."

"Research to fully understand the risks this poses in different performance venues, including details of the mitigation provided by ventilation and the influence of spatial variation in airflow patterns created by occupants and the building systems, is a high priority."