Why levelling up shouldn’t mean levelling down on diversity

How will Arts Council England square the circle of delivering increased funding to regions outside London while also meeting its commitment to increase funding to Black-led* organisations? asks Kevin Osborne. 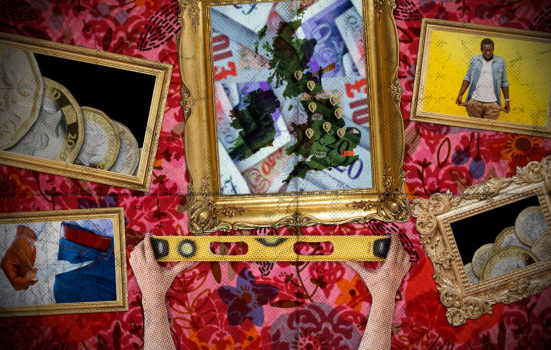 This commitment was made in the wake of Covid and Black Lives Matter. And to date, there have been no answers to the question. Two years on, as life moves to a post-Covid norm and memories of the killing of George Floyd fade, ACE’s commitment to increased racial equity is being severely tested.

While its budget for the next spending round (2023-26) will increase by 2%, the DCMS has instructed that all of it – some £43.5m – must be spent on delivering the government’s levelling up agenda. That is, redistributing funding outside London, where possible specifically targeting 109 prescribed ‘levelling up for culture places’ across the country.

In addition, to further redress the funding balance between London and the regions, London’s National Portfolio Organisations (NPOs) will receive £24m less, a reduction of 15% over the next four years.

So, to meet its commitment to racially equitable funding, ACE has to balance the government’s geographical priorities with the demographic reality. The two things are in tension because the places identified have fewer Black communities compared to major cities, especially London.

London’s population is 40% greater than the combined population of England’s next ten largest cities. It also has the highest proportion of BAME* people, home to 80% of England’s most ethnically diverse local authorities. Moreover, London hosts more than 40% of the UK’s creative industries.

Together, these statistics suggest that the vast majority of BAME creative organisations are in the capital. To make meaningful steps to racially equitable funding therefore requires a significant increase in the funding of London based Black-led organisations.

This is not to argue against levelling up on geographical grounds, but simply to point out that if the policy is applied simplistically there will be unintended consequences on competing priorities such as racial equity. This is a zero-sum game scenario: if London’s budget is redirected to the regions, funding for BAME-led businesses in the capital suffers.

A potential solution would be to reduce funding to White-led organisations in London. ACE needs to be transparent about how it intends to manage this conundrum, not least so it can manage the expectations of the ‘losers’ and promote the opportunity to potential ‘winners’.

To achieve a step change in racially equitable funding, incumbent, Black-led organisations must be actively encouraged to apply for funding and the number of new Black-led NPOs needs to rise.

Moral and ethical leadership vs self interest

ACE’s executive team and board will need to take bold decisions (as signalled in their briefings) imposing cuts on larger white-led NPOs. And in turn, these white-led institutions must take a moral stand, acting for the benefit of the arts’ ecology rather than the short-term self-interest of their organisation.

Ethically, these organisations cannot continue to consume a disproportionate amount of the sector’s finite financial resources at the expense of both those outside the capital and those from Black communities.

While regional leaders from all communities and regional Arts Council bodies should rightly argue for their fair share of funding, they must be wary of inadvertently pitching against racial diversity. London-based organisations cannot all be treated the same as this ignores the historical legacy which has led to Black communities being clustered in the major cities, especially the capital. Regional leaders need to hold a position for both geographic and demographic equity.

London remains the hub for Black communities and the creative industries, and it follows, for Black creative founders. If London-based, Black-led enterprises are pitted against both organisations outside London and white-led institutions in London, they will inevitably continue to be underfunded and underdeveloped – perhaps even more so than now.

We don’t have to choose between geographical and racial equity. We can level up in two dimensions. All that’s required is organisational and moral leadership.

ACE has begun to outline how it will balance the levelling up agenda with the diversity agenda in London. They intend to fund new organisations and give an uplift to some existing ones. They say they will “use the London NPO budget to make the portfolio more representative of London in terms of the diversity of its leadership and its geographic distribution”.

From public briefings and documents, the intention to deliver on racial diversity appears genuine. But without specific explanation and targets to back these up, it’s not possible to assess whether there will be any improvement in racially equitable funding, or to judge if this is sufficient, or to measure if it has been achieved.

To date there has been little accountability on racial diversity. As a result, investment has remained at c.2.4% or less for over a decade, despite promises and initiatives for change. Just as DCMS has seen it fit to set financial targets, and name places and dates for delivering geographic equity, so should it do the same for racial equity.

If DCMS doesn’t do it, then ACE should set out its own targets as a measure of its commitment to achieving racial equity including:

With these in mind, ACE needs to accurately monitor the number of BAME-led applications, the number who meet eligibility criteria, and the number who are successful so that any racial bias in the process is transparent. Targets allow full transparency, and in turn drive accountability.

We must all take responsibility

While ACE has final say over which organisations get funded, it has been hamstrung by the DCMS’s instructions to increase spending outside of London and to reduce London’s budget. This cannot be an excuse for them not driving meaningful change in racial equity.

As a sector we can no longer accept de-prioritisation of racial equity and a reversion to pre-Black Lives Matter funding inequalities. Instead, we should hold ACE to account to meet its promise of a ‘new normal’ and greater racial equity.

It would be the ultimate irony if the new normal turns out to be worse for Black creatives than Covid and Black Lives Matter combined. Avoiding this will require strong and principled leadership by all. ACE must be accountable, but large, White-led institutions must also be responsible for helping to make the drastic step change needed towards racial equity.

This change is possible and must start in the next spending round so we can achieve racially equitable funding within our lifetimes.

*We have used the term Black. We recognise the diversity of individual identities and lived experiences and understand that Black is an imperfect term that does not fully capture the racial, cultural and ethnic identities of people that experience structural and systematic inequality.

We have also used the term BAME. Our usage here reflects terminology used at the time in data collection, and to help standardisation for comparison to external data sources. It is not intended to reflect personal or community identity.