Why funders must pledge to fund equitably

Covid, the murder of George Floyd and the rise of the Black Lives Matter movement all led to an outpouring of statements committing to action on racial inequality in arts funding. Kevin Osborne’s initial optimism about that has since been tempered. 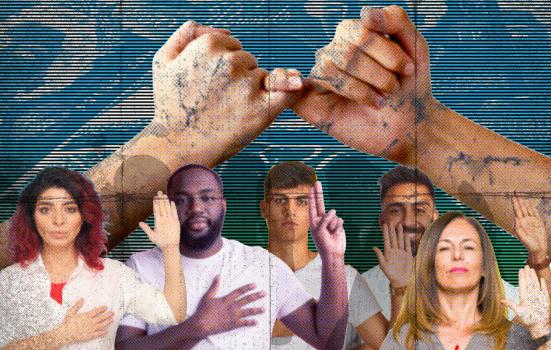 I was optimistic about the possibility for change to the stark and urgent problem of only 2.4% of regular arts funding going to BAME* organisations when the BAME population is 14%. But as I plan to launch Create Equity’s campaign for arts funders to pledge to distribute their funding equitably within the next ten years, that optimism has waned.

Although I have many agreements in principle from initial conversations with funders, there has been no rush of firm, specific commitments, and it’s clear that I will face considerable inertia in achieving this.

What are you waiting for?

Grouped as themes, there are four reasons for resistance to signing the Create Equity Pledge.

1.    The tyranny of choice – While many are beating a drum for urgent change, funders are hesitant about which initiatives, if any, to sign up to. New projects being developed to track the distribution of arts funding are preferred by funders because, while they will analyse how funders distribute their grants, they will not commit funders to a set quota. This is more likely to have impact but is also higher risk.

2.    All inequalities are equal – Some don’t want to commit to funding equitably on race before doing the same on the other eight excluded characteristics. They want to address all inequitable funding at the same time. In my experience, this means they often don't commit to anything. Either that or, given finite time and funding, the race agenda gets diluted.

3.    What does success look like? – Some want to negotiate what counts as part of the quota. For example, can they include organisations which are white-led but which aim to serve BAME communities? This may feel lower risk as it offers a wider field to address. But it will also likely dilute the impact and significantly slow things down as they work through how to implement more far-reaching policies.

4.    Leave us alone – Some want to make the change to equitable funding without a Pledge (and the monitoring and accountability that goes with it). They are comfortable with their current approaches to change and instinctively protective of reputational risk. So they are reluctant to commit publicly to a quota which, if they fail to meet it, could become a ‘hammer’ to hit them with.

I’ve reached the conclusion that funding inequalities are so extreme that to argue about these technical concerns is time wasted on making real progress. In the end, I can concede to all but one of them. Funders can sign a different pledge (instead of Create Equity’s) if it includes a quota; conflate all underinvested groups if they want; or draw the boundary of what counts as part of the quota as broadly as they like. But the need for a public pledge that is time limited, and that can be measured and monitored, with clear accountability, is a must.

Why past efforts have failed

Nothing less than a fundamental shift in the power relationship between funders and BAME communities can solve this problem. The numbers and conflicting policies which underpin funding inequalities speak for themselves.

If Arts Council England (ACE) were to increase funding to BAME organisations at 2% above inflation in all future funding rounds, it would take 140 years to meet the Create Equity Pledge. Its ability to move faster is heavily constrained by resources, competing priorities and government influence.

Those currently funded by ACE are more likely to get funded again. Over the last two spending revues, some 90% of funds went to previously funded organisations. So only around 10% is available to new recipients at each spending review. Even if all of this were allocated to BAME organisations, ACE would not meet the target for equitable funding.

Another issue is when policies conflict. The policy to drive a fairer percentage of grants to the regions inadvertently runs counter to racially equitable funding. A disproportionate number of BAME-led organisations are based in London and as a result, nearly half of ACE’s total funding for BAME-led organisations goes to those in London. So geographical redistribution inevitably reduces either the overall number of BAME organisations who get funded, or the level of grants these organisations receive. Without significantly increasing the money pot, one form of equity can negate others.

Equitable funding, by any means possible

My initial optimism has turned to pragmatism for this reason. The Create Equity campaign is both a pledge and a research project. If funders cannot pledge we will make determined efforts to understand their reasons. And with funders who do sign up but don’t meet the pledge, we will also seek to understand why.

We plan to produce a report outlining the constraints, suggesting solutions and, where necessary, we will develop projects to deliver these solutions. It’s only by understanding and evidencing the limits of our current system that we can make the case for something new and more equitable.

Equitable funding is the mission of Create Equity, by any means possible.

* We have used the abbreviation BAME. We recognise the diversity of individual identities and lived experiences and understand that BAME is an imperfect term that does not fully capture the racial, cultural and ethnic identities of people that experience structural and systematic inequality.