Can using public money to make BAME* entrepreneurs successful be in the public interest if it makes them wealthy too? Kevin Osborne sets out the challenge. 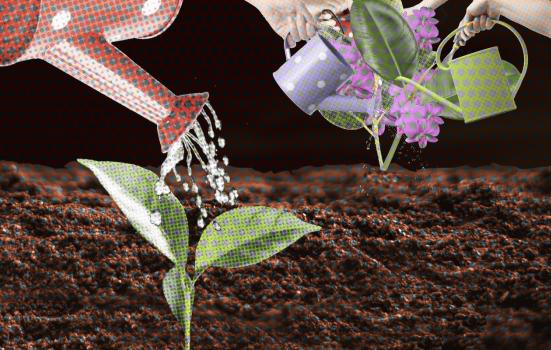 Setting up projects which develop BAME creative businesses – through which the founders can potentially generate significant financial reward – has been at the heart of my life’s work. I have supported thousands of artists and entrepreneurs, the four most successful of whom have an estimated combined net worth of £14m.

The bane of my career has been attempting to combine using public funding to drive the creative and entrepreneurial development of people from under-represented communities to commercial success. I still haven’t cracked it.

The development of under-represented communities in the arts and creative industries is in the public interest and therefore eligible for public funding. However, supporting under-represented artists and entrepreneurs to grow their businesses is a private benefit and therefore less eligible for public funding, despite the wider public benefits of job creation and contribution to GDP.

Covid-19 and the BLM movement are the most recent reminders of the deep racial inequalities in our society. They have strengthened my long-held conviction that public money supporting individuals from BAME communities to develop businesses is necessary.

Mazzucato on The Entrepreneurial State

In her book The Entrepreneurial State, Mariana Mazzucato argues that separation between the public and private sector is more myth than reality. There have always been points of cross fertilisation between the two; where public money is used to support early-stage development followed by commercialisation, again using public money, which also creates individual wealth.

Examples include Google’s algorithm and Apple’s touchscreen technologies – both developed with public funding and later commercialised. Government sometimes funds initial R&D in developing a new product, then encourages commercialisation by subsidising prices to make the new product affordable – notable examples being the development of the internet and solar panels. This is justified as in the public interest; but some people definitely got rich.

Some argue that in these projects the risks have been socialised and the rewards privatised – a long-standing moral hazard debate in many industries. But the more relevant question here is why this is okay for the tech or environmental agendas, but not for racial equity: the need for public intervention is equally pressing and potential public benefit immense.

The private sector, left to its own devices, has persistently under-invested in BAME entrepreneurs: only 1.7% of venture capital goes to BAME communities who make up 14% of the population.

Government and philanthropic funders aim to redress this type of market failure. But they too significantly under-invest in BAME entrepreneurs. By value, only 2.4% of regular grant funding in the arts goes to BAME organisations. Funded BAME organisations also receive disproportionately small grants, at well under 50% of the average.

Something completely new is now required which must tackle the question of personal gain head-on, even if distasteful to some philanthropic and public funders. The best-performing artists are successful artistically and financially – that’s how the industry works.

Philanthropic and public investment in ethnic minority entrepreneurialism in the arts is essential: like the climate crisis, racial justice is an existential issue, not just a desirable objective. Like access to the internet, diversity needs to be seen as a driver of innovation with major public benefits. The private sector, major trusts and various agencies of government need to commit fully to finding immediate large-scale solutions.

Why start with culture?

Art and cultural production are the UK’s shop window to the world through the world-class television, books, music, films, comedy, dance and poetry we produce. Think of the 2012 Olympics opening ceremony or the wedding of Prince Harry and Megan Markle: these events are packed with culture and broadcast to billions globally.

The more routes we provide for people from all groups in our population to participate in production, then the richer the picture of contemporary Britain we show to the world. The more we provide access to distribution and ownership of commercial broadcast media, publishing and production, the more equitable and cohesive a society we create and the more we add to the UK’s creative output and reputation as a creative powerhouse. It is a matter of ethics and politics first, but the public economic and other benefits that flow from this are massive.

To support long-term, sustainable development of BAME creative entrepreneurs, we must use the same mechanisms, institutions, agencies and policies that have been used to drive the tech and environmental agendas. This includes R&D to drive up the number and quality of BAME businesses; committing to artistic excellence and its commercialisation; encouraging long-term private sector investment in BAME enterprises and allowing profits to flow to successful companies with wealth generated by BAME entrepreneurs and employees.

Early public sector interventions on the tech agenda have not capped wealth for the entrepreneurs at Google and Apple – why should they here? Future investment must not impose limits on BAME entrepreneurs in a sector in which the potential personal gains for privately funded white artists are so high. This would perpetuate exactly the inequality that philanthropic and public funding are intended to tackle.

Developing the social fabric is as important as developing the tech and green infrastructure needed for a more connected, prosperous and sustainable future. We must apply the same solutions used for these other important agendas to fix systemic racial inequality, starting in the arts.

We are keen to keep the conversation going. Let us know what you think of the article here or on Twitter.

Kevin Osborne is CEO at MeWe360

* We have used the abbreviation BAME in the article. We recognise the diversity of individual identities and lived experiences and understand that BAME is an imperfect term that does not fully capture the racial, cultural and ethnic identities of people that experience structural and systematic inequality.