Space to play and learn

With arts engagement known to play a key role in social mobility, Claudine Matthews calls for UK cultural institutions to take a cue from the Finnish and become more welcoming to young children and families. 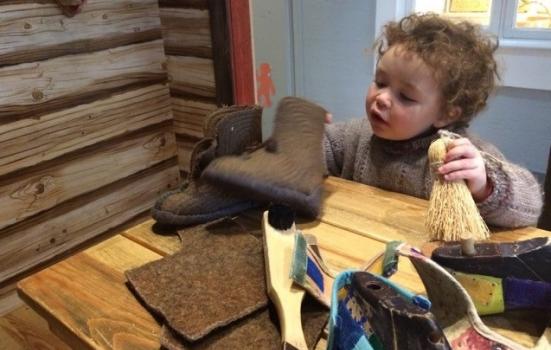 Recent socio-political events have revealed a fractured and divided UK. Alan Milburn, Chair of the Social Mobility Commission, stepped down after the damning State of the Nation report outlined how little prospect there is for social mobility. One in four children are growing up in poverty, and that number is higher in the capital and is set to rise until 2023. And then the uncertainty of Brexit looms over us.

Arts Council England and A New Direction have released reports that express clearly the link between engagement with extra-curricular activities and the likelihood of social mobility. They point to the ways in which 0 to 5 year olds and pregnant women are overlooked in government policy, and that engaging early years audiences may be one way of combatting a trans-generational lack of interest in the arts.

I will be graduating soon from a course in Design Management and Cultures at the London College of Communication for which I completed a five-month Erasmus exchange programme in Helsinki. Finland consistently ranks among the top countries in the world for education, and naturally I wanted my daughter to have some early experience of that education.

But it was a lonely experience as I had no friends and we lived in a single room. At weekends, the blistering cold often made it impossible to play outside, and so we would spend our time at the many cultural institutions in the city.

One of our first trips was to visit the Helsinki City Museum. On arrival, it was strikingly obvious that there was a different approach to children in Helsinki compared with London. There was a buggy park stationed by the entrance, as there is at every museum in the city. The same practice in the UK has been regarded as radical, even pioneering.

The museum was renovated to include a ‘Children’s Town’, and while this was a relatively costly process it was one that has seen more revenue come back into the building. The museum focuses on the history of the city and the children become acquainted with objects from history through recreational activities. For example, they learn about cobblers and shoe-making practices by going into a reconstructed cobbler’s workshop and playing with the tools a cobbler would have used.

The importance of space

There is an acceptance in Helsinki that pre-school children are entitled to their own space in a museum, and if they become bored there is space where they can play.

The charity Shelter has found that more than a million children live in bad housing and that poor conditions “have a damaging impact on children’s learning”. Children living in overcrowded or damp accommodation are also more likely to miss school.

What is exciting is the carving out of space for pre-school children and their parents or carers at art institutions. It is heartening to see the Barbican in London launching a permanent space for pre-schoolers this summer. The Horniman Museum, also in London, is a pioneer in its provisions for this age group and is working on how it can increase the diversity of its visitors further.

The Mayor of London’s cultural team are piloting a Zip Oyster cultural offers scheme aimed at London families, to encourage engagement with culture. We must all now ask questions of our publicly funded institutions about the space they allocate to pre-schoolers and their families and how they can foster a sense of belonging and entitlement for all.

Claudine Matthews is a graduating student from the London College of Communication.

Space to play and learn