The soul of the city

Munira Mirza on the power of art to change people’s perceptions of a city – and make them into more ‘human’ places. 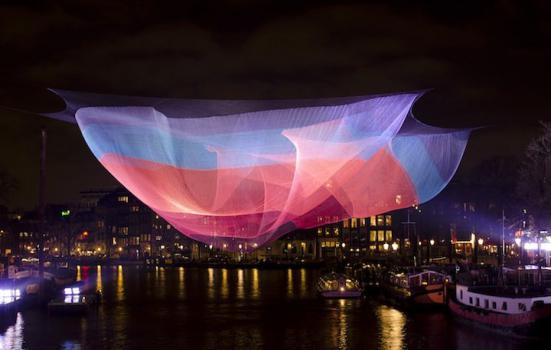 Lumiere 1.26, to be seen soon above the River Wear in Durham, where visitors will be able to manipulate patterns and colours with an app
Photo:

This November a group of artists, scientists, city officials and thinkers will gather in Durham for a conference inspired by Lumiere, a biennial festival which has transformed the city with artist-led light commissions and attracted hundreds of thousands of visitors. One topic for discussion will be how cities use artistic interventions to change perceptions of the city. Lumiere is an example of how artists can turn ordinary places into extraordinary sights, transforming how people feel about the place they live in and creating a sense of civic connection through art. This model is so successful that we have commissioned the producers Artichoke to create a Lumiere London.

For the first time in history the majority of human beings reside in cities, but what challenges and opportunities does this pose for artists? We know that urban growth can lead to new wealth but also pockets of poverty and, at times, even a sense of alienation. Can cultural policies and artistic interventions ameliorate these issues and create a more ‘human’ city?

This is not about forcing the arts to serve a crude economic purpose, but about recognising its intrinsic worth in our quality of life

When Mahatma Gandhi said in 1948 that the future of India lay in its 700,000 villages, he could not have foreseen the transformation of modern India. Today, Mumbai and Delhi are among the fastest growing cities in the world, attracting millions of migrants from the surrounding countryside in search of better jobs and opportunities. Elsewhere in Asia, Africa and South America, cities are offering their inhabitants enhanced prospects for growth, long-term employment and education. Per capita income is almost four times higher in countries where the majority of people live in cities than in countries where the majority of people live in the countryside. City living also tends to be more culturally liberal and cosmopolitan. For example, female employment is generally more accepted and different communities are more likely to mix.

However, this increasing wealth is not evenly spread and many of the largest cities also have the poorest communities. City governments are all too aware that people living in close proximity in cheaply constructed housing and working long hours for low pay are particularly vulnerable to crime, gang culture and drug addiction. Traditionally, urban policy specialists would advocate large infrastructure and housing projects, but increasingly cities are looking to create cultural infrastructure as well.

In the Mayor of London’s Office we have long been interested in how culture can help shape our city, but our focus has sharpened since we initiated the World Cities Culture Forum in 2012. This group of 12 cities has now grown to 28, and includes Paris, Berlin, New York, Shanghai, Tokyo, Rio de Janeiro and Johannesburg. We come together regularly to discuss the role of culture in urban growth and how the arts can help to humanise our environments. As a group of cities with diverse issues and populations, we all agree that culture needs to play a role if we are to be successful. For example, in 2010 Rio developed a policy called ‘CineCarioca’, the first ever neighbourhood cinema located in a Brazilian favela. It was sited in Alemao, an area with over 70,000 residents, a high unemployment rate and one of the largest drug strongholds in the city. This 90-seat cinema, with ticket prices subsidised by its city hall, has seeded a growing local community of small businesses, but most interestingly, has broadened people’s horizons by showing them a range of films and encouraging them to travel beyond their local area.

In the city of Bogota in Columbia the emphasis has been on encouraging artistic participation in the very changing fabric of the city. Its policy to encourage local graffiti artists has nurtured a community of over 4,000 practitioners, who are given license to produce vibrant and ever-changing art works in the streetscape, some with a respected international profile.

Other cities like Singapore, Seoul and Taipei are exploring how cultural participation programmes can help to support the groups in society most affected by change. For older people, especially, the arts remain one of the few ways to make sense of the changing society around them and feel a connection to it.

A constant challenge for growing cities is that while planning regulations usually oblige private developers to subsidise transport infrastructure and amenities like healthcare and schools, there may be less thought given to space for cultural facilities such as arts centres, parks or youth clubs. How do we ensure that the character of a city and the public spirit of its open spaces and places remain uppermost in people’s minds? Even cities in developed countries are experiencing serious challenges to their cultural landscape. In London the growing population and rising property prices have led to the loss of vital artist studios and numerous grassroots music venues. With culture being a vital part of the tourism economy and creative industries – but also key to a good quality of life – the impact of this cannot be overstated. At City Hall we are now reviewing how our planning policies and regeneration funding can reverse this loss and ensure that all partners, including boroughs, private developers, arts organisations and artists, work together to find a place for culture in the city. Crucially, as the capital grows, it is important that culture is part of the story in urban sites like the Olympic Park, where a new cultural complex comprising the V&A museum, Sadlers Wells and University of the Arts will eventually sit alongside an existing and vibrant arts community in Stratford.

Many cities are also searching for new ways to guarantee the ongoing support for the arts. For example, Toronto has introduced a ‘billboard tax’ which will create a new, long-term source of support for arts organisations. In New York and Amsterdam, the city governments are creating new affordable workspace and accommodation in order to incentivise artists to stay. The diversity of ideas and solutions reflects the very different contexts that these cities have, but what is encouraging is the way in which the so-called ‘bureaucrats’ recognise the need to make cities liveable. This is not about forcing the arts to serve a crude economic purpose, but about recognising its intrinsic worth in our quality of life. A city cannot live by concrete and glass office buildings alone – it needs a soul. Artists are crucial to that.

City governments around the world are waking up to the power of culture, and the strength of commitment to supporting artists feels very tangible. We have much to learn from each other, both within the UK but also abroad.

Munira Mirza is Deputy Mayor for Education and Culture at the Greater London Authority.
www.london.gov.uk

Munira Mirza will be speaking at the Lumiere Conference: Light, Art, The Universe and Everything on Friday 13 November. 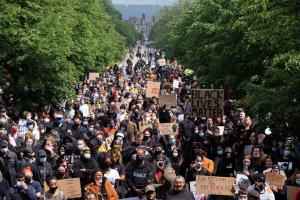 Amanda Huxtable reflects on how racial trauma has shaped leadership within the cultural sector, taking on the responsibility for change that institutions have long avoided.

Don’t leave your community out in the cold 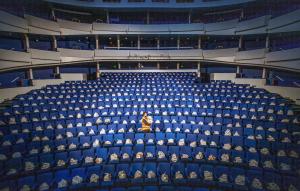 What does it mean to have a civic role in challenging times? Andrew Barnett and Deborah Bull discuss.

The soul of the city
Successful cities
Cultural metropolis