Recently appointed Artistic Director Emma Rice is to end her tenure in 2018, as board and management reject her use of contemporary sound and lighting technology. 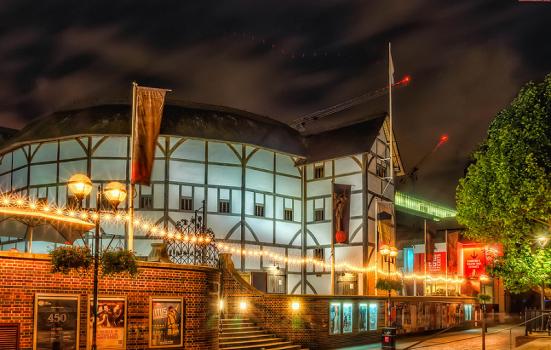 The Shakespeare’s Globe board has announced that Artistic Director Emma Rice, who joined in April this year, will end her tenure in April 2018.

Globe CEO Neil Constable praised Rice’s “mould-breaking” work in bringing in new and diverse audiences to the venue, but said programming at the theatre should return to the “shared light productions”, without designed sound and light rigging, which characterised the Globe’s previous work.

He continued: “The Globe was reconstructed as a radical experiment to explore the conditions within which Shakespeare and his contemporaries worked, and we believe this should continue to be the central tenet of our work.

“Whilst the realisation of Emma’s vision has been a vital part of our continuing experimentation as a theatre, we have now concluded that a predominant use of contemporary sound and lighting technology will not enable us to optimise further experimentation in our unique theatre spaces and the playing conditions which they offer.”

Commenting on Rice’s work when she was appointed last year, Trustees Emma Stenning and Jenny Topper said they were delighted to have selected an “artist of vision,” saying, “we can’t wait to see where her world-class theatrical imagination will take us next”.

Previous Artistic Director Dominic Dromgoole, who was in post for more than ten years, said the appointment was “excellent” and in keeping with the Globe’s traditions of “boldness and adventure”. He continued: “I am sure that Emma will be a great complement to the Globe’s heterodox traditions, and also a major surprise.”

Since starting in the role Rice has committed to gender-balancing actors on stage, making the theatre accessible to families, and announced the intention to end her inaugural season with the play Cymbeline reinvented as ‘Imogen’.

Though she had faced some criticism for artistic decisions – with one critic likening Midsummer Night’s Dream to a “sixth form disco” – she received staunch support from leading theatre critic Lyn Gardner: “By broadening its remit and boldly investigating its relationships between artistry and architecture, Rice is maintaining an ongoing conversation at her theatre, and ensuring that it continues to be one of London’s most vibrant and cherished theatrical destinations.”

Commenting on her departure, Rice said: “I have had a wonderful time creatively here at the Globe, but I respect the Board’s decision for its future direction.

“I look forward to continuing to explore the possibilities of this extraordinary space over the next 18 months, excited to see even more astonishing work unfolding in the glorious wooden ‘O’ as well as the exquisite Sam Wanamaker Playhouse.”

Reactions suggest that the sector is opposed to the decision. Theatre Designer Tom Scutt, speaking on Twitter, said: “Terrible news about Emma Rice @The_Globe. Her artistic integrity & commitment to her vision in the face of internal opposition is inspiring.”

Playwright Tanika Gupta, Associate Artist at The Globe, said: “I’m gutted beyond belief that Emma Rice has felt it necessary to step down as Artistic Director of The Globe. Ultimately, it comes down to artistic differences with the board (sound? light?) but it feels a crazy decision to let her go. Given her brilliance as a director and her incredibly popular ‘Wonder Season’ which wowed new, young audiences and which suddenly put the Globe on the theatrical map, it feels a strangely self-harming decision.

“Emma will flourish beyond 2018 but what will happen to the Globe theatre? Doublet and hose, white men shouting inaudibly in the dark at each other? No diversity? Another tourist spot/museum?  Here’s to art and artists and inspirational leaders - Emma Rice is top of the tree and the Globe have committed suicide as in Othello’s final speech: ‘Like the base Indian, threw a pearl away / Richer than all his tribe’.”