End of an era for ‘additionality’ as Arts Council England grants major players three-year NPO funding from Lottery, while strategic funding is to be drawn interchangeably from Lottery and Grant in Aid. 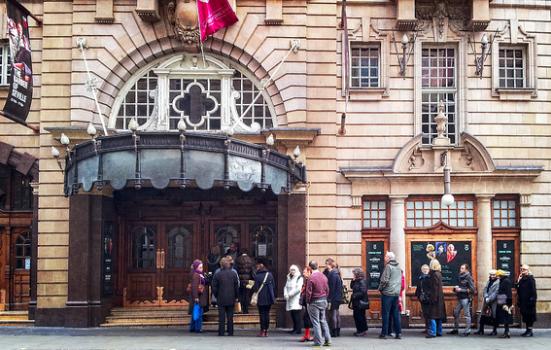 London Coliseum: ACE will “decide whether to use lottery or grant in aid or a mixture” for ENO's £7.6m transition funding
Photo:

Long established companies including English National Ballet, Opera North, the Royal Philharmonic Orchestra and Rambert – which has been funded continuously by the Government through the Arts Council since 1950/51 – are included in the list of National Portfolio Organisations (NPO) to be funded from the Lottery rather than Grant in Aid (GiA). Although the principle of ‘additionality’ is written into the National Lottery Act 2006 to ensure that Lottery funding goes to ‘good causes' rather than to prop up Government spending on public services, this move by Arts Council England (ACE) finally confirms the sector’s fears’ that Lottery grant-making is no longer being ring-fenced for work that is additional to and not a substitute for Government funding. Excluding the ten ‘Bridge’ organisations, a total of 89 companies will share three-year NPO Lottery funding worth almost £60m in 2015/16. The largest ten awards – ranging from £1m to over £10m a year – will all go to England’s most prestigious major dance, ballet, opera companies and orchestras, which between them account for over £43m.

Among those being Lottery-funded is the biggest new entrant to the Portfolio, New Adventures and Re:Bourne, with a funding offer of nearly £1.3m a year – a significant uplift on its £785k Lottery-funded strategic touring grant for 2013/14. The company’s funding base, which ACE has designated as ‘London’ for more than a decade, is now given as ‘South East’. New Adventures’ touring programme embraces the whole of England, but its registered office is in London, where it will continue to have its main administrative base and a long-standing residency at Sadler’s Wells. The company will, however, be extending its work to Brighton, where it plans to establish a satellite office from which it will run a young artist scheme and a dance leadership development project that will aim to improve talent retention outside of London.

ACE will also be drawing money for its strategic funding programme from both GiA and Lottery, with ACE executives deciding which pot will be used for which activities and purposes. This includes up to £7.6m of transition funding going to English National Opera to meet its costs as it moves to a new business model. ACE will “decide whether to use lottery or grant in aid or a mixture depending on the total sum requested”.

Of the total £104m of strategic funding announced for 2015/16, less than two-thirds (£67m) will be drawn from the Lottery. £10m will be allocated from GiA for capital projects, which ACE has pledged will in future be used for a small-scale capital programme, and not, as in previous years, to pay off debts for major London-based organisations. More controversially, a further £27m of GiA is being set aside for strategic revenue funding – two-and-a-half times more than the £10.3m that AP revealed was budgeted last year. These are funds for which no applications are invited, rather they are used by ACE for any organisations or initiatives they “feel would benefit from funding”. Whereas NPOs must re-apply for funding every three years, this funding strand will permit ACE to extend its strategic funding beyond three years for organisations it chooses, without them having to make a new funding application. An ACE spokesperson told AP: “…there are a number of projects or organisations that we have an existing relationship with that deliver activity that we would like to see continue in 2015/16. We are therefore in the process of determining which organisations to offer one year funding to – using a part of the £27m… to continue delivering the activity they have been delivering over the 2012/13 to 2014/15 period.”

Among the early recipients of strategic funding from GiA will be the Dance UK Consortium, which is “building a joined-up approach to dance membership organisations” with its partners Youth Dance England, Association of Dance of the African Diaspora and National Dance Teachers Association. The organisation’s NPO application was unsuccessful, but it has already been offered three-year funding from ACE’s strategic funds for a “commissioned programme of activity, separate to the NPO funding”. A similar offer has been made to former NPO Project Space Leeds.